You’ve Seen the v-22 Osprey Before, but Not Like This 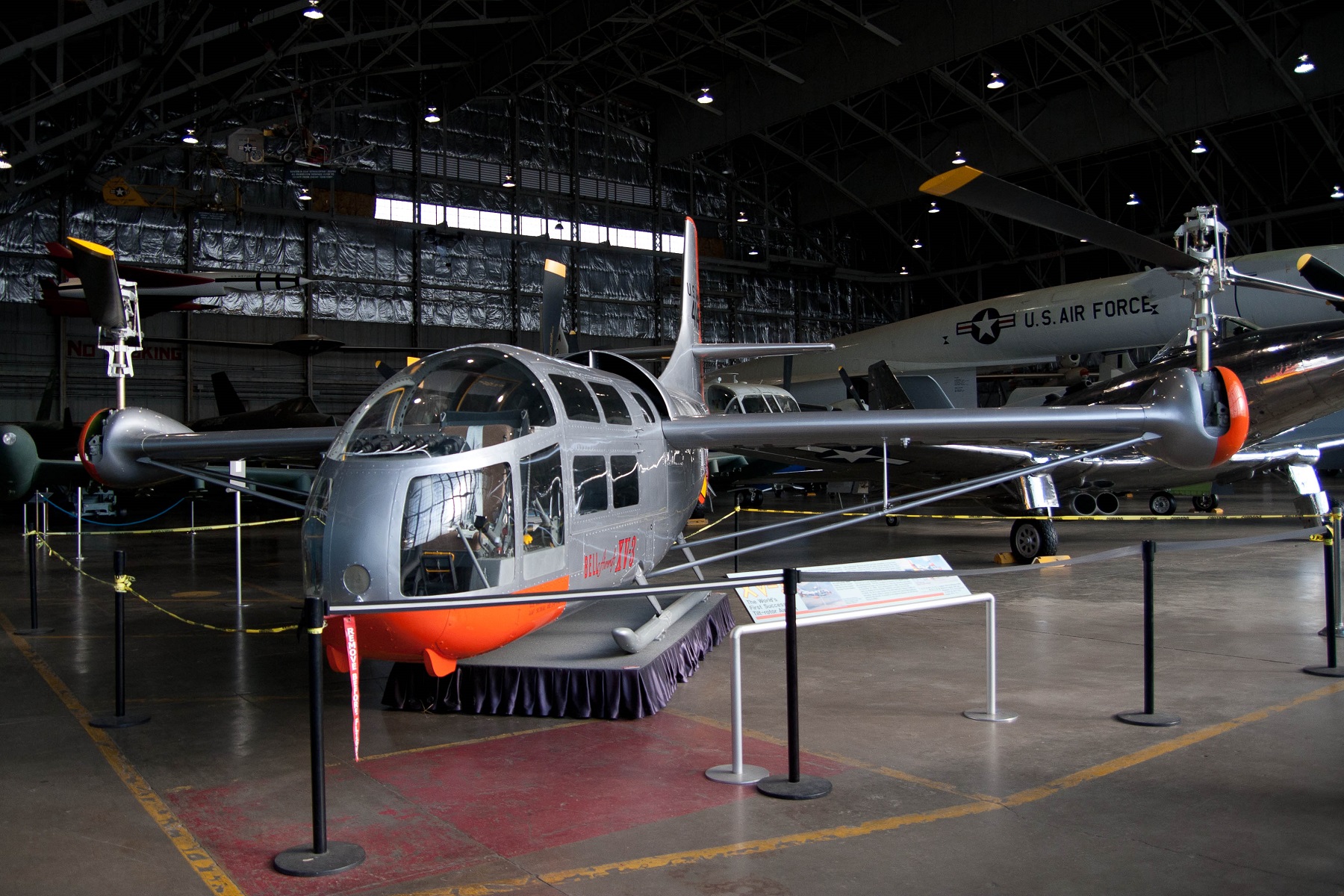 Here’s What You Need To Remember: The XV-3 was one of the first aircraft to use the dual-rotor technology, useful for quick takeoffs and landings, that would later become ubiquitous with the Osprey.

The V-22 Osprey is easily one of the United States Marine Corps’ most recognizable platforms. Large, fast, and capable, the V-22 combines the hover and heavy lift capabilities of a helicopter with the speed and range of an airplane and affords Marines greater operational flexibility. V-22s serve in a variety of missions, from transport duty at sea between Navy ships, to delivering Marines to austere locations thanks to its V/STOL (Vertical/Short Take-Off and Landing) capabilities. The V-22 entered service in the mid 2000s, but the journey to the V-22 platform began much earlier.

The U.S. Air Force explains that the XV-3 was a joint U.S. Air Force-U.S. Army project that initially began in 1951. Like the V-22, the XV-3 project sought to combine the “takeoff and hovering capabilities of a helicopter with the speed and range of a fixed-wing aircraft.” If the project could be realized, it could potentially be quite effective from a military standpoint.

Like the V-22 Osprey, Bell’s XV-3 had a large airplane-like tail assembly, though the Bell design featured more traditional horizontal stabilizers compared to the Osprey’s dual tailfins. While the V-22 features a tricycle-style landing gear that gives it a STOL (Short Take-Off and Landing) capability in addition to vertical take off and landing, the XV-3 had simple helicopter-style skids, and could only take off vertically.

The XV-3’s submarine-like nose offered excellent all around visibility, as did the crew compartment just aft of the cockpit. Like most helicopters, the XV-3’s crew/cargo area could be accessed via both starboard and port sides, though the hinged doors themselves folded upwards rather than sliding on rollers.

Although speculative, the XV-3 design may have been intended as an ambulance helicopter. A 360 degree picture of the XV-3’s cargo interior shows several stretchers stored in a bunkbed-style configuration and is worth checking out. Sick or injured troops would have had an excellent view outside the XV-3 as well.

Compared to the V-22’s dual Rolls-Royce engines, rated at over 6,000 horsepower each, the XV-3 was decidedly underpowered. Its Pratt & Whitney R-985 engine was originally developed for the Army Air Corps in 1932 and had a modest 300 horsepower output, though later engine refinements upped output somewhat to 450 horsepower. Interestingly, the single engine’s air intake was just above the XV-3’s fuselage, forming an arched air intake.

During early testing, fairly typical teething issues were dealt with. Rotor damage, stress on the XV-3’s wings, and especially rotor instability were issues that had to be fixed—it was far from a perfect aircraft. Still, it paved the way for the V-22 by providing valuable insights into the physics of tiltrotor designs.

Caleb Larson is a defense writer for the National Interest. He holds a Master of Public Policy and covers U.S. and Russian security, European defense issues, and German politics and culture. This article first appeared earlier this year.