Work From Home Is Here to Stay 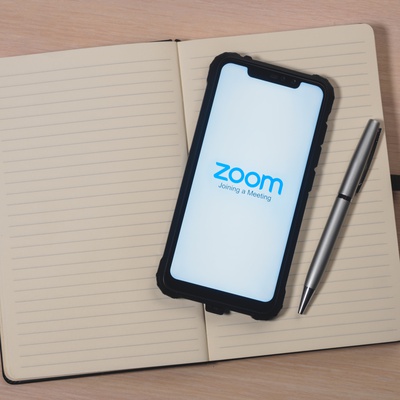 “Are you still working, doo-doo?”

This is the interruption that the Stanford University economist Nick Bloom hears several times a day as his 4-year-old daughter runs into his office and summons him to play by using his nickname. It’s just one of the myriad challenges that Bloom says makes working from home less than ideal at the moment. (Another challenge is his two oldest kids’ in-house bagpipe lessons, spurred by Bloom’s Scottish wife.)

“Working from home is not very productive right now,” Bloom told me. But often, working from home can be very productive. In 2015, Bloom published a study that found that Chinese call-center employees who worked from home were 13 percent more productive than employees in a control group, because they took fewer breaks and made more calls per minute. They were also happier and were less likely to quit their job.

The blurring of work and home lives might not be just a temporary side effect of the pandemic. Though children will (hopefully) go back to school in the fall, many white-collar workers will be strongly encouraged to work from home at least some of the time over the next year or so. While working remotely confers some mental-health and other benefits, the “job” as we know it might never be the same. Conferences, in-person meetings, and even handshakes might be deemed not worth the risk of infection. What might emerge is a future in which results-oriented introverts prevail while those who thrive on face-to-face interactions and office politics fumble. In the post-pandemic workplace, nerds may get their revenge.

Many Americans were already couch laborers before this all started. Prior to the coronavirus outbreak, about 29 percent of college graduates worked from home at least some of the time. Even once coronavirus restrictions are eased, Bloom and others expect the proportion of Americans working from home to grow. “I could see it being totally standard for jobs that can be performed at home to allow two days at home” per week, he told me.

Companies have been reluctant to allow employees to work from home because of inertia and entrenched norms, says Julia Pollak, the labor economist at ZipRecruiter. But the pandemic has forced nearly two-thirds of Americans to work remotely, making it clear just how much work can get done from home, even despite the presence of children. When people get certain perks from their jobs, they tend to value those perks more than they used to, according to research by Monica Kirkpatrick Johnson, a sociologist at Washington State University. Workers might resist being yanked back into offices after they’ve enjoyed the luxury of never changing out of their pajamas.

“Many companies would have switched to telework with just a small push, and now they’re getting a great big shove,” Pollak says. According to Pollak, before mid-March, only 1.3 percent of job postings on ZipRecruiter explicitly offered the opportunity to work from home. Since then, 11.3 percent of jobs have.

Financial practicalities might speed up the work-from-home trend. After workers retreated to their homes, companies began desperately trying to shed office space. Getting rid of empty desks seems like an easy way to save cash as the economy collapses. Office real estate is already plunging in value as employers try to renegotiate their rent contracts.

In spite of all the distractions at home, having employees work remotely more might be beneficial for employers and workers alike. Some small experiments have found that combining work and home can actually boost morale in certain circumstances. Washington State allows new mothers who work at state agencies to bring their newborns to work. Rather than distract people, the presence of the babies in the office made workers happier and more productive, according to news reports. And a 2015 study found that, six months after childbirth, women who worked from home experienced a statistically significant decrease in their levels of depression, compared with women who’d gone back into the office.

But as lots of American parents are now realizing, having your workplace be your home can lead to a hectic blend of labor and family life. Anecdotal evidence indicates that people working remotely are currently working longer days. Though workers won’t always be homeschooling their children while they’re writing memos, bosses might grow accustomed to the fact that workers are always on and always available. People who are now catching up on work on weekends might forget to stop when kids go back to school and “regular” work resumes. The days of logging off at the end of the workday and focusing on other things until morning, already dwindling, might be gone for good. In France, the scourge of the always-on lifestyle is referred to as “info-obesity,” and it is considered so grave that the country outlawed sending emails outside work hours. With U.S. workers frequently at home and constantly online, there may be calls for something similar to happen here.

Of course, not all workers will get to work remotely forever. About 60 percent of jobs in the U.S. can’t be performed at home. For lower-income workers who can’t work remotely—such as grocery-store clerks, warehouse workers, and meatpackers—face a more dangerous reality and immediate future.

And as we sink into a recession, the job market will be tight for everyone. That means that while employers could offer benefits like working from home, they might not feel the need to. Sure, an employee might feel safer and happier if they don’t expose themselves to germs on the subway and in the office. But with fewer job openings, a company can probably find someone else who doesn’t mind coming in.

The boundary between personal and professional might remain muddy even when bosses ask their employees to return to the office. It’s likely they will ask workers to come in on staggered shifts, or on alternate days, in order to maintain social-distancing protocols. Bosses will have more opportunities to monitor their employees’ health lives: In order to reduce infections, they might require temperature checks, mask-wearing, or even COVID-19 tests for any workers who set foot in the office. The Equal Employment Opportunity Commission recently ruled that employers can test employees for COVID-19 as a condition of entering the workplace.

Bosses might also step up their monitoring of employee interactions. The consulting firm PricewaterhouseCoopers plans to launch a contact-tracing tool for employers, The Washington Post reported. Employees would install an app on their phone that would run in the background and notify anyone who’d come into contact with a colleague who’s tested positive for COVID-19. To further reduce the spread of the virus, employee seating plans might shift away from personal desks and onto a “hot desk” model, with employees asked to clean their desks at the end of every day and take their dusty family photos home.

Perhaps the most difficult thing about the new era of telework won’t be the nosy bosses, but the absence of co-workers in general. For jobs that require lots of collaborative work, Zoom calls don’t necessarily provide the same motivation. “Some people who are working from home for the first time will decide they never want to do this again,” says Jed Kolko, the chief economist at the job site Indeed.

In Bloom’s research on Chinese call-center workers, only half of the workers who were asked if they wanted to participate in the study by working from home volunteered to do so, and half of those who volunteered to work from home eventually returned to the office. They said they feared they’d be lonely if they never left the house—something Americans are now acutely realizing.

For those who are already extremely introverted, this might sound like paradise. Our work future might mean no more commuting, no more small talk, and hardly any in-person interaction at all—a perfect setting for those who are happy to spend all day with a dog and a spreadsheet. But more challenging times might be ahead for people who see the office mainly as a hub of social interaction, or a place to network and glad-hand their way up the ladder. For example, a good amount of the “work” that happens in the nation’s capital, as my colleague Kathy Gilsinan writes, is simply people kibitzing in the same room together, racking up favors they owe one another.

Companies are already coming to see the excesses of their former face-time-obsessed ways. All of those meetings really could have been emails. That conference your boss wanted you to attend probably could have been just a slide deck you clicked through on your computer. The travel industry might stay permanently crimped as companies realize workers can do almost as much from their living rooms as they can in a hotel ballroom.

For bosses who inspire primarily through their people skills, the move to Zoom might be especially challenging. “Some leaders are effective because they’re charismatic,” says Randall Dunham, a management professor at the University of Wisconsin at Madison. “But can a charismatic leader be charismatic in a virtual setting? We don’t know the answer to that. They tend to feed off looking at people and seeing and hearing their reaction.”

The post-pandemic workplace will have fewer lunches, happy hours, and conferences where schmoozers can make their mark. People who succeed are therefore likely to be those who can generate results without a lot of in-person interaction with their colleagues. So if your main job skill is networking, you might want to learn the art of actually working.