Why the 2020 Presidential Debates May Not Matter 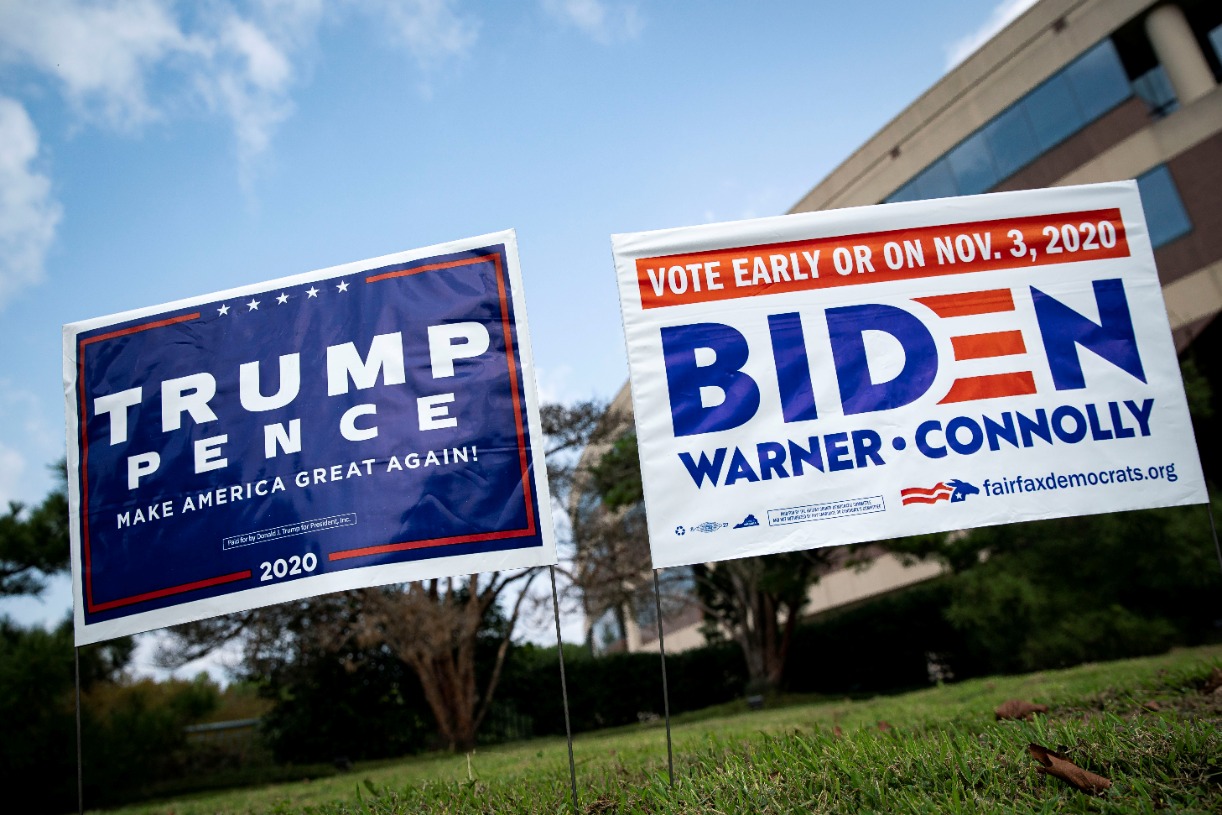 On September 26, 1960, John F. Kennedy and Richard Nixon met in the first tele­vised pres­i­den­tial debate. Both credit the election’s out­come to their per­for­mances in this debate. More than 100 mil­lion people watched at least one debate that year, and the third debate on October 13 was vir­tu­al, with the can­di­dates “a continent apart.” Sixty years later, the first debate between Donald Trump and Joe Biden will take place on Tuesday night. How much impact the debate will have remains to be seen, but polls pro­vide some con­text and, per­haps, some clues about people’s reac­tions.

In the new NBC News/Wall Street Journal poll, 3 per­cent of reg­is­tered voters said they were not sure about their vote, and anoth­er 3 per­cent vol­un­teered they would not vote for Trump or Biden or that they would vote for anoth­er can­di­date. In anoth­er ques­tion in the poll, more voters today (71 per­cent) than in 2016, 2012, 2004, or 2000 said the debates would be just some­what or not impor­tant at all in decid­ing their vote for pres­i­dent. Eighteen per­cent said they debate would be extreme­ly impor­tant. In the Quinnipiac poll released Wednesday, 94 per­cent of likely voters who select­ed a can­di­date say their minds are made up, while 5 per­cent say they might change their minds.

In an elec­tion as close as this one appears to be, a small number of unde­cid­ed voters could be sig­nif­i­cant. In 2016, anoth­er close elec­tion, when the exit poll consortium asked voters about the impor­tance of the debates to their vote, 64 per­cent of voters said debates were the most impor­tant or an impor­tant factor in their vote, and those voters split pretty evenly between Hillary Clinton and Donald Trump, 50 to 46 per­cent. The 30 per­cent who said debates were a minor or not impor­tant factor voted for Trump by 55 to 38 per­cent. Looking at the his­to­ry of tele­vised debates sug­gests that they seemed to matter most in 1960, when the young JFK proved his mettle to a tired-look­ing Nixon in that first debate, and in the debate a week before the 1980 elec­tion, when Ronald Reagan, about whom many Americans had doubts, per­formed well.

The 1979 AEI book, edited by AEI schol­ar Austin Ranney on “The Past and Future of Presidential Debates,” offered dif­fer­ent per­spec­tives from aca­d­e­mics and polit­i­cal prac­ti­tion­ers on the worth of debates, includ­ing pieces from Richard Cheney, Pat Caddell, and Gerald Rafshoon who had worked on the debates for Gerald Ford and Jimmy Carter. Several con­trib­u­tors to the volume sug­gest­ed that a pres­i­den­tial com­mis­sion be estab­lished to run the debates to take them out of the hands of politi­cians, and in 1987, the Commission on Presidential Debates was estab­lished.

Herb Klein, Richard Nixon’s cam­paign press sec­re­tary for this three pres­i­den­tial cam­paigns who spent some time at AEI later in his career, told me that for the first debate, for which he nego­ti­at­ed con­di­tions for Nixon’s side, that the Kennedy team changed the paint color of the back­drop so many times that it was still wet when the debate began! Nowadays, cam­paigns still plan care­ful­ly for the debates, but the con­ven­tion­al wisdom is that they don’t change many minds. We will have to wait until the 2020 debates are over to see if that is the case.

This arti­cle first appeared at the American Enterprise Institute.