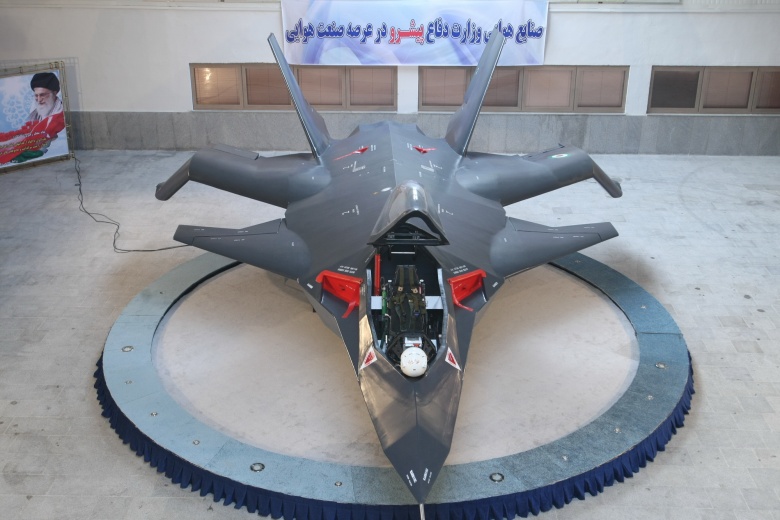 Key Point: Iran does not have the money or the technological base to even approach designing a stealth aircraft. For Tehran to suggest and boast otherwise is simply propaganda.

Tensions have escalated in the Persian Gulf region in the aftermath of U.S. president Donald Trump’s decision unilaterally to withdraw the United States from the agreement limiting Iran’s nuclear program.

This first appeared earlier and is being republished due to reader interest.

The U.S. military has implicated Iranian agents in several summer 2019 attacks on civilian ships sailing near Iran. The U.S. Navy sent the aircraft carrier USS Abraham Lincoln and her strike group to the region. The U.S. Air Force deployed B-52 bombers and F-22 and F-35 stealth fighters.

If war breaks out, American forces likely will attempt to secure Gulf air space by destroying or suppressing Iran’s air forces. The regular Islamic Republic of Iran Air Force and the air wing of the Iranian Revolutionary Guard Corps militia together operate around 700 aircraft, including around two dozen U.S.-made F-14s.

Iran’s then-president Mahmoud Ahmadinejad and Ahmad Vahidi, then the country’s defense minister, unveiled the Qaher 313 at a staged event in February 2013. Officials claimed the plane could carry two 2,000-pound bombs or at least six air-to-air missiles.

But the sleek, single-engine, single-seat aircraft with the non-stealthy front canards and anhedral wingtips seemed … off.  Video footage of an alleged “test flight” likewise was unconvincing and clearly involved a small-scale drone. Photographs depicting the Qaher 313 in flight over snow-capped mountains obviously were forgeries.

Journalist Steve Weintz scrutinized the purported Iranian stealth fighter in the most old-fashioned way possible. He built a scale model of the plane using a kit from boutique model-maker Fantastic Plastic. In so doing, he discovered that there literally isn’t enough space under the Qaher 313’s wings for the bombs and missiles Iranian officials claimed the plane could carry.

He asked David Cenciotti, editor of The Aviationist website, to assess the model.

“The general shape of the plane is interesting, probably the result of many inputs including the X-32, the X-36 [and] the Boeing Bird of Prey,” Cenciotti said. “Still, wings with the outer section canted downward seem to be a bit too little to sustain the weight of the aircraft with or without bombs.”

“The aircraft sports fixed canards and air intakes a bit too small to feed a modern jet plane’s engine,” Cenciotti added. “Air intakes resemble those used by modern [unmanned aircraft] designs. They are located above the wing meaning that at high AoA — angle of attack—the intakes would get turbulent or no air at all for the engine.”

“The size of the plane is weird,” Cenciotti continued. “The cockpit seems to be too small, to such an extent a normal pilot doesn’t properly fit in the ejection seat. Have you ever seen a pilot with his knees above the side borders of the cockpit and his helmet well beyond the ejection seat’s head pad?”

Alfred Wong, the pattern-maker who crafted the master for the Qaher 313 kit, found perhaps the most damning evidence of the Qaher 313’s fraudulent provenance. “When I was examining the photos of the prototype/mock-up I guessed that they actually cut up an old MiG-17’s wings for it—the wings have a very distinctive plan shape,” Wong said.

“So for the pattern I bought a 1:72[-scale] MiG-17 and cut up the wings in the same manner—and it was indeed a perfect match!” Wong added. “There would be no way that a clearly ‘50s-vintage wing shape would work on a modern design.”

The Qaher 313’s second public appearance on April 15, 2017 involved a new version of the fake plane — one that could mover under its own power.

But it still was just a mock-up. The engineers who built the 2017 fake, following standard procedure, dutifully stenciled the plane’s standard tire pressure—50 pounds per square inch—on the fuselage. And that pressure was way too low for a real jet.

In other words, it’s hollow.

David Axe serves as Defense Editor of the National Interest. He is the author of the graphic novels  War Fix, War Is Boring and Machete Squad. This first appeared earlier and is being republished due to reader interest.