Why Chinese Weapons Are Flowing to Venezuela’s Navy 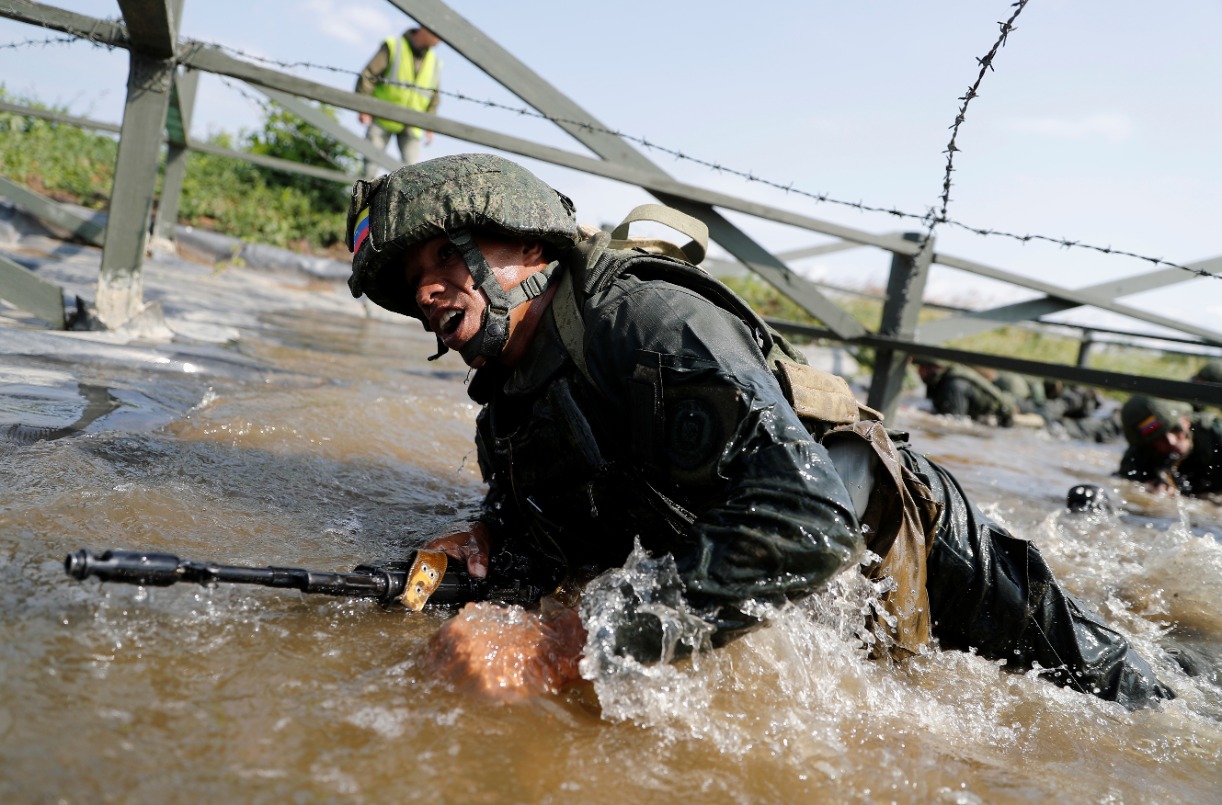 Here’s What You Need to Remember: Caracas and Tehran have also established a reasonably close relationship including bilateral cooperation that includes trade agreements. Iran has also been a major supplier of weapons—including various missiles—to Venezuela.

The Venezuelan Navy likely hasn’t been a top concern for the Pentagon, but if reports are true the Armada Bolivariana de Venezuela will be equipped with some rather powerful weapons that could shift the balance of power in the region. Last month, the Venezuelan government under President Nicolás Maduro released propaganda videos that suggest its warships have been armed with new Chinese-made C-802A anti-ship missiles, which could target enemy vessels from over 100 nautical miles away.

The sea-skimming missiles are generally analogous to the American-made Harpoon, H I Sutton for USNI News reported.

The acquisition of the C-802A missiles was first announced by the Venezuelan Navy on September 25 in Caracas during the commemoration of the fifteenth anniversary of Venezuela’s Strategic Command Operations. President Maduro said that his country is planning to manufacture its own weapons and announced the establishment of a special military and scientific system for that purpose.

Maduro’s regime has been prevented by international sanctions from buying Western-made arms, so as with many other rogue states Venezuela has turned to the usual suspects of China, Russia and Iran as it seeks to modernize its armed forces. Moscow has been one of Caracas’ main suppliers and of weapons and military technology, while Beijing has been among the largest purchasers of the country’s crude oil. Now it appears that China will also help Venezuela with its modernization efforts.

Caracas and Tehran have also established a reasonably close relationship including bilateral cooperation that includes trade agreements. Iran has also been a major supplier of weapons—including various missiles—to Venezuela.

However, Venezuela has undertaken efforts to establish its own domestic arms industry.

“We have everything we need to create our own system of weaponry, while continuing cooperation with Russia, China, Cuba, Iran and the entire world, we will continue receiving from them scientific, technological, weapons-related, [and] of course, strategic assistance, but we must move toward independence,” Maduro said during the commemoration as reported by ParsToday.

Among last month’s propaganda videos was footage of a test firing of the C-802A platform. While that video was among those shared on Maduro’s official Twitter account, what is notable is that it didn’t actually feature any Venezuelan warships. Rather the launch footage was from the Thai Navy frigate HTMS Karaburi, and came from a video that had been posted on YouTube in April 2019.

As H I Sutton noted, this doesn’t mean that China hasn’t actually supplied the system to the South American nation, and this wouldn’t be the first time that Venezuela and its navy have released misleading images or videos, but other propaganda footage released last month showed a Type-209 submarine, which hasn’t been to sea in years.

The best guess is that while Beijing may be supplying the missiles to Caracas, the platform wasn’t likely installed in time for the September 25 commemoration events, so the Thai footage was substituted.

Exactly what vessels will receive the C-802A is unknown, but it has been speculated that the missiles could eventually be installed on the Venezuelan Navy’s Guaiquerí-class patrol boats, which were built in Spain but delivered without anti-ship missiles.

The final question regarding the acquisition is how Caracas will actually pay for the missiles given the country’s ongoing economic woes. However, as long as Beijing needs oil—something of which Venezuela has plenty—it is likely military hardware such as the C-802A will continue to flow to the South America country.

Peter Suciu is a Michigan-based writer who has contributed to more than four dozen magazines, newspapers and websites. He is the author of several books on military headgear including A Gallery of Military Headdress, which is available on Amazon.com. This article first appeared last year and is being republished due to reader interest.