We Need a Backup for GPS. Actually, We Need Several of Them 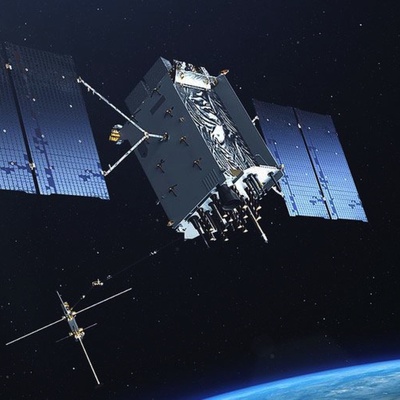 Creating a backup to the GPS constellation has been federal policy since 2004, when President George W. Bush’s National Security Policy Directive-39 ordered the Pentagon to redouble efforts to counter jamming and other interferences and to ensure uninterrupted access to the positioning, timing, and navigation signals that undergird so many of our society’s vital functions. But although much progress has been made since then, the GPS constellation remains vulnerable to jamming and spoofing — and even the kind of physical attacks foreshadowed by China’s 2007 anti-satellite test and Russia’s 2020 suspected deployment of an on-orbit weapon. There is, as yet, no backup worthy of the name.

Fortunately, the private sector has stepped up. There are a number of promising businesses developing and fielding alternative-PNT solutions that can satisfy the diverse requirements of our transportation, energy, telecommunications, and financial sectors. A recent DHS report evaluated several of these systems and the test results are encouraging. The report also highlights what was not necessarily appreciated in 2004: no one system can sufficiently mitigate all of the threat vectors and simultaneously meet the unique demands of our 16 critical infrastructure sectors. The government does not need a single backup; that would simply establish another single-point-of-failure risk. The enduring solution will require several systems.

Some, including several members of Congress, advocate for a different approach. These proponents would invest to redeploy a World War II-era system to serve as the sole backup for the timing component of GPS. This appears to be in reference to a system called eLORAN. While proficient in many ways, eLORAN is not without its technical and financial challenges – and according to the DHS study, it does not satisfy all our PNT requirements. We must think more broadly.

The President recently introduced such an approach. Executive Order 13905 envisions the federal government establishing PNT standards and using its buying power to ensure the standards are met. Companies bidding on federal contracts that use PNT services will have to demonstrate they are not solely reliant on GPS. The underlying goal is to encourage the private sector to adopt alternative-PNT solutions, or APNT. This approach has merit, but it is not clear the market will adequately respond.

It will probably be necessary for the government to offer additional incentives to send a clearer market signal to spur widespread adoption of APNT. Congress provided more than $1.71 billion to fund the core GPS program in 2020, but the cost to private consumers remains zero. Although this discrepancy has spurred countless innovations, it has also disincentivized private development and adoption of APNT services. To address this market weakness, the U.S. government must incentivize critical infrastructure users to adopt APNT solutions that will eventually become self-sustaining. The government could design a fee-based structure, offset expenses incurred by private usage of APNT systems, issue a regulatory mandate for resilient APNT adoption, or if necessary, create a public-private partnership to provide services.

The COVID-19 pandemic has taught us that the worst-case scenario can happen and underscored the importance of resilience. Considering the projected losses created by a serious GPS outage, government investment in private APNT services ought to be viewed both as an insurance policy – and as the kind of spur to innovation that GPS itself has represented for two decades.

Robert Cardillo, a Distinguished Fellow at Georgetown’s Center for Security and Emerging Technology, served as the sixth Director of the National Geospatial-Intelligence Agency.