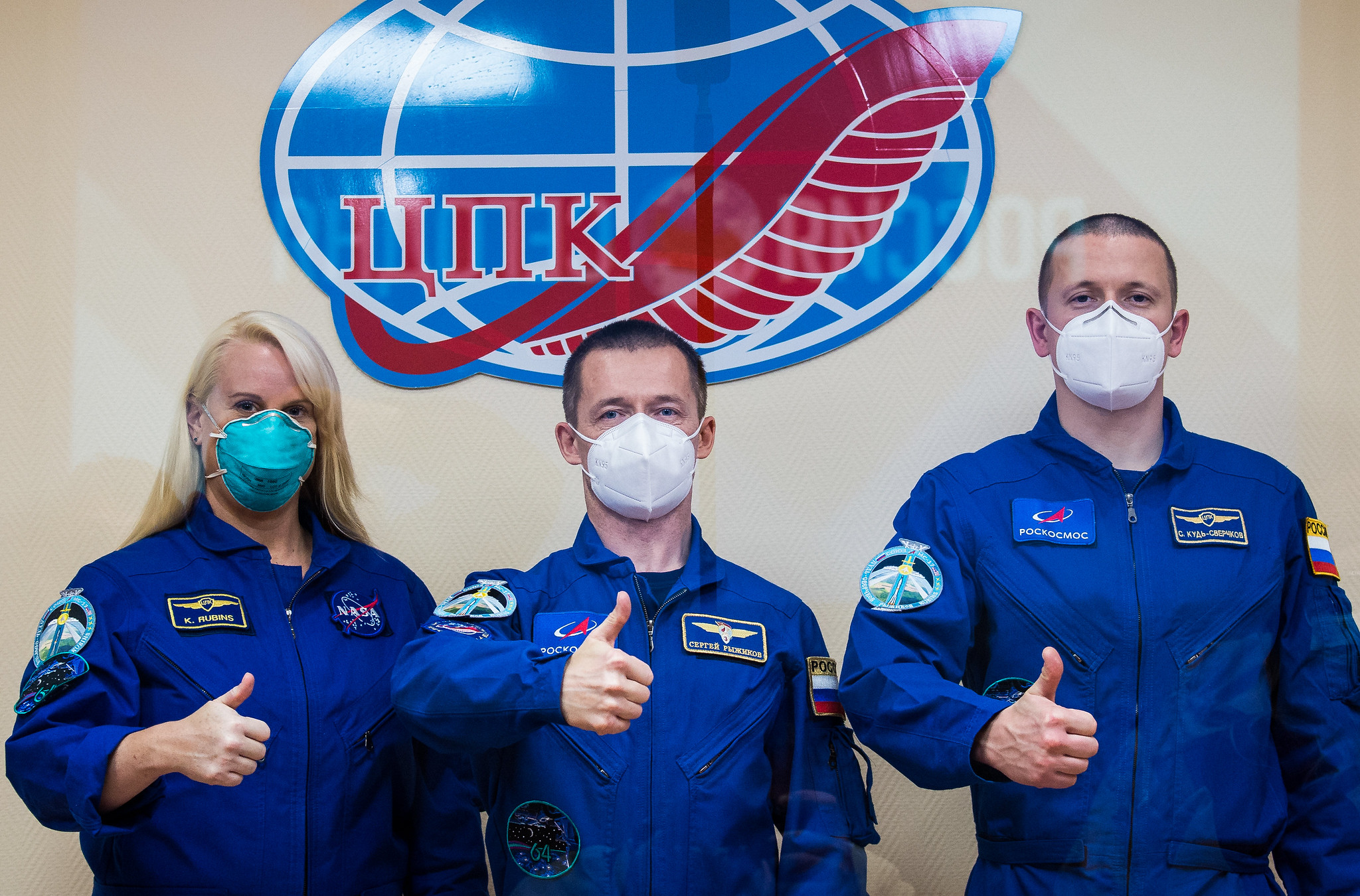 Today at 1:45 am EDT (0545 GMT), Expedition 64 astronaut Rubins will fly to the space station aboard Russia’s Soyuz MS-17 spacecraft, launching from the Baikonur Cosmodrome in Kazakhstan along with cosmonauts Sergey Ryzhikov and Sergey Kud-Sverchkov. Soon after her arrival at the station, Rubins will welcome a SpaceX crew aboard and celebrate space station history.

You can watch Rubins and her crewmates launch live here and on the Space.com homepage, courtesy of NASA TV. Launch coverage will begin at 12:45 a.m. EDT (0445 GMT).

“I’m starting to get excited,” Rubins told Space.com ahead of the upcoming flight. “We just finished our final exams before spaceflight, and it’s a little bit hard to think about anything except for the exams when you’re getting ready for them.”

But, she added, “now that we’re through those, I’m really looking forward to launch and to getting back up into space.”

Rubins’ launch could mark the last time that a NASA astronaut flies to space aboard a Russian Soyuz rocket, as crewed commercial launch capabilities from the United States are growing rapidly. This past May, for example, SpaceX launched its crewed Demo-2 mission, which sent two NASA astronauts to the space station aboard the company’s Crew Dragon vehicle. SpaceX’s first fully operational crewed mission, Crew-1, will launch four astronauts this fall, and Rubins will be on the space station to welcome those spaceflyers aboard.

“I think I think it’s incredibly exciting,” Rubins said. “I’m really looking forward to welcoming the first operational commercial crew vehicle to station, not just because it represents such a milestone in commercial crew, but I have some really good friends in that vehicle. So I can’t wait to see them come across the hatch.”

“I think we’re gonna always have this incredible partnership; we have international partners all over the world,” she added. “The [NASA] Commercial Crew Program just allows us to have more presence on the space station, but it doesn’t mean an end to the partnership. So we’re constantly going to be working with our partners all around the world. That’s one of the strengths of the space station.”

In addition to possibly being the last NASA astronaut to ride a Soyuz to space, Rubins will also be a part of space station history as, during her stay, the orbiting lab will celebrate its 20th anniversary of having a continuous human presence. Rubins will also vote from space, as could the NASA astronauts launching with Crew-1. (Crew-1 will lift off no sooner than “early to mid-November,” according to NASA officials.)

During this upcoming mission, Rubins, a microbiologist who was the first person to sequence DNA in space, will work on a number of experiments. She will take part in a cardiovascular investigation andexperiment with the Cold Atom Lab, an instrument that researchers use to study how atoms behave, and more.

“I’m really looking forward to some of the experiments with live cells,” Rubins said. “We did some studies last time where we were culturing heart cells. Some of the things we’re looking at now are, Can you look at tissue architecture, the stuff that makes up organs in space? Are we able to culture things that more resemble human organs? Can we build up delicate tissue structures in space?”