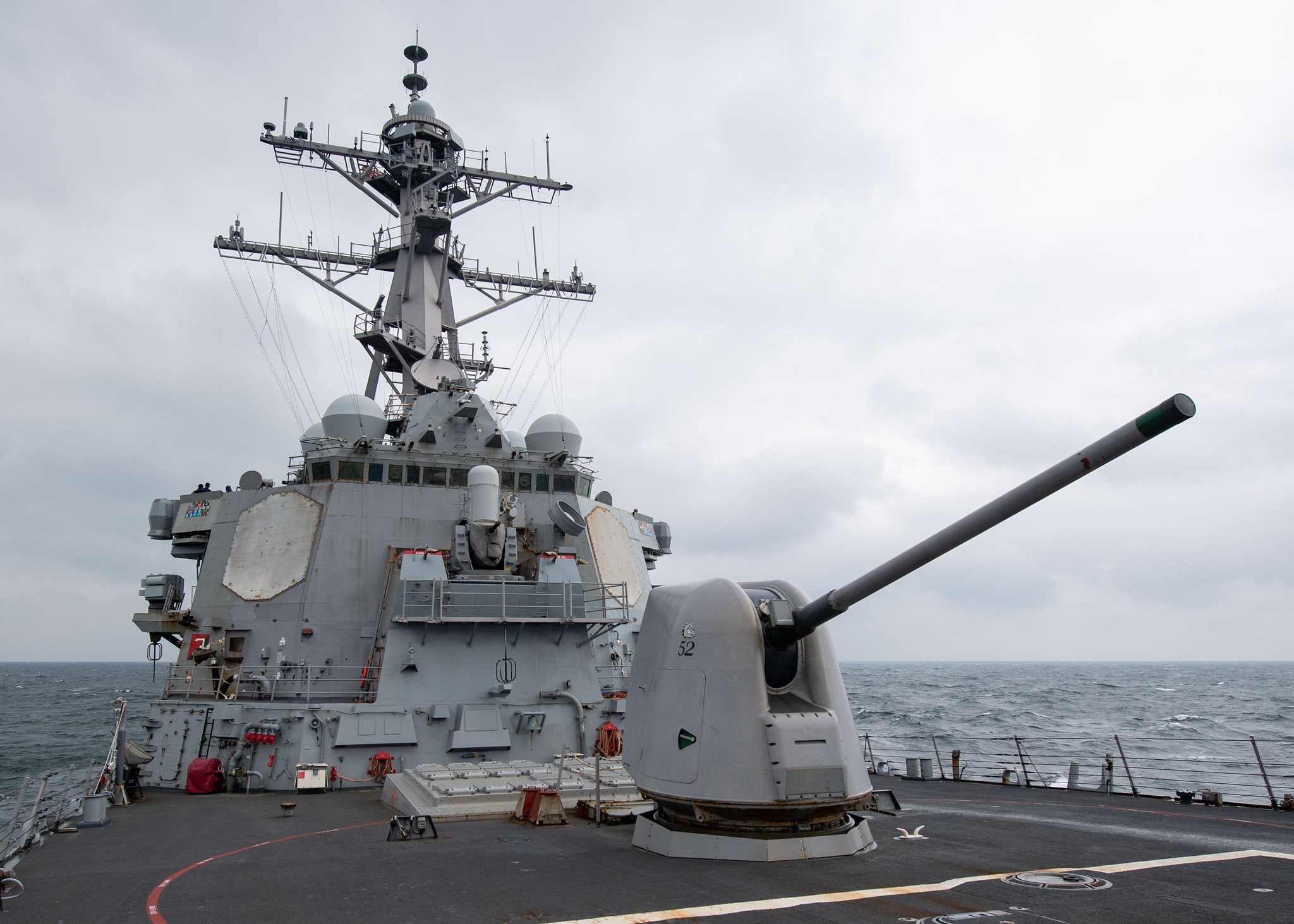 “A continued presence in the South China Sea is vital in maintaining a free and open Indo-Pacific,” said Cmdr. Chris Gahl, Barry’s commanding officer. “The freedom of all nations to navigate in international waters is critically important. Barry’s transit of the Taiwan Strait yesterday ensured the right and instills the confidence of all nations to trade and communicate in the South China Sea.”

“It is incredible the number of fishing boats and merchants who pass through and conduct their business in these waters every day,” said Lt. j.g. Jordan Brooks, one of Barry’s officers of the deck. “To accomplish our mission safely, effectively and professionally, Barry constantly works as a team and is always alert and communicating.”

“This past April, Barry conducted a Freedom of Navigation (FON) operation around the Paracel Islands and then rendezvoused with the USS America expeditionary strike group for operations in the South China Sea,” said Lt. Cmdr. Timothy Baker, Barry’s plans and tactics officer. “Whether operating independently or as a part of a larger group, Barry serves as a highly visible symbol of the overwhelming force the United States can deploy to defeat aggression.”

Maintaining a constant presence in the Indo-Pacific, Barry has sailed over 65,000 nautical miles this year and participated in eight multi-national exercises and training evolutions alongside partners from Australia, Canada, Japan, and the Republic of Korea. Most recently, Barry participated in exercise Keen Sword, a biennial exercise designed to enhance Japan-U.S. combat readiness and interoperability while strengthening relationships and demonstrating U.S. resolve to support the security interests of allies and partners in the region.

Barry is forward-deployed to Yokosuka, Japan, and assigned to Destroyer Squadron 15. Barry is underway in the 7th Fleet area of operations in support of a free and open Indo-Pacific.