US, Russia Share a Complex and Bloody History in Afghanistan 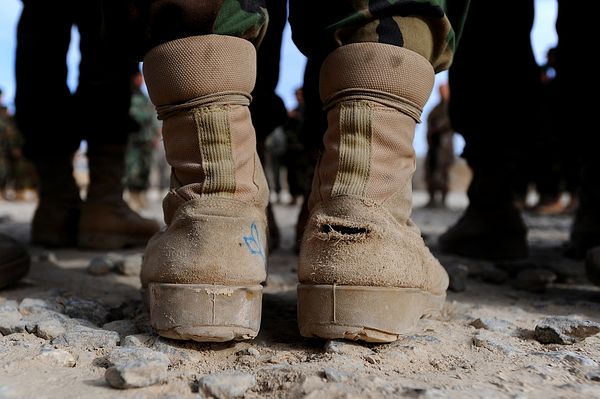 Moscow and Washington are intertwined in a complex and bloody history in Afghanistan, with both suffering thousands of dead and wounded in conflicts lasting for years.

Now both superpowers are linked again over Afghanistan, with intelligence reports indicating Russia secretly offered bounties to the Taliban to kill American troops there.

But analysts suggest that despite these apparent differences, the two adversaries actually have much in common, especially when it comes to what a postwar Afghanistan should look like: Both want a stable country that does not serve as a base for extremists to export terrorism.

“The Russian endgame is an Afghanistan which will neither support jihadi movements in the former U.S.S.R. nor host American bases that might one day be used against Russia,” says Anatol Lieven, a Georgetown University professor in the Middle Eastern state of Qatar and a senior fellow at the New American Foundation.

Even the Pentagon said this week in a report to the U.S. Congress that Russia backed Washington’s deal with the Taliban as the best path forward, while at the same time the Kremlin has sought to cultivate interest with the group, limit the West’s military presence and encourage operations against Islamic State militants.

Lieven, who studied the Soviet Union’s invasion of the country in 1979 and its subsequent occupation, defeat and withdrawal a decade later, said Moscow would “prefer to see a mixed government in Afghanistan, with Taliban power limited.”

He says Moscow has not forgotten its experience in Afghanistan, where at least 15,000 Soviet troops were killed in fighting that began as an effort to prop up a communist ally and soon became a grinding campaign against the U.S.-backed mujahedeen insurgency.

But in today’s Afghanistan, the threat facing Russia is the Islamic State and its affiliates. Russia has raised concerns about the Islamic Movement of Uzbekistan, a terrorist organization that was born of brewing discontent in Muslim-dominated Central Asia in the 1990s which has spend much of the last two decades exiled to Afghanistan and Pakistan, where it has been allied with the Taliban and Haqqani network.

Even as Russia and the U.S. vie for influence in Afghanistan, they are aligned in their opposition to IS. Lieven says Moscow regards the Taliban as the lesser evil and, like Washington, sees it as an ally in the fight against both IS and the IMU.

Remnants of the mujahedeen groups in Afghanistan are now warlords-turned-political leaders in the Kabul government and also are in the ranks of the Taliban. The chief Taliban negotiator in peace talks with the United States, Mullah Abdul Ghani Baradar, fought in the 1980s on the side of the U.S.-backed mujahedeen, as did Mullah Mohammed Omar, the founder of the Taliban.

“A humiliating defeat of the U.S. and NATO forces in Afghanistan by the Taliban would provide some in Moscow with a feel-good sense of revenge for the U.S. support to mujahedeen groups in the 1980s that led to the humiliating defeat and withdrawal of Soviet forces,” says Andrew Wilder, vice president of the Asia Program at the U.S. Institute of Peace.

Wilder said Moscow’s vision of a postwar Afghanistan is much the same as Washington’s.

“They would prefer an end state not that different from what the U.S. desires – a political settlement that leads to the withdrawal of U.S. and NATO forces but leaves behind a relatively stable and ethnically inclusive government that can ensure Afghanistan doesn’t again become a safe haven for transnational terrorist groups,” he said.

He said Afghanistan’s neighbors, including the strategically sensitive nations of Central Asia bordering Russia, would be “the biggest losers” if a withdrawal of U.S. and NATO forces led to a collapse of the country and a return to the anarchy of the 1990s.

As for the reports of bounties being paid to the insurgents, analysts also say that cash from abroad has flowed into Afghanistan for years. Loyalties are fluid in the country and money has been used to buy influence, curry favor or manipulate government officials since the collapse of the Taliban in 2001.

As far back as 2013, suitcases of cash given to the Afghan government by the CIA was being blamed for runaway corruption. Washington’s own watchdog, the Special Inspector General for Afghan Reconstruction (SIGAR) has alleged that billions of dollars have been pocketed by government officials, warlords, drug lords and insurgents.

The money was pumped into Afghanistan by the U.S., Iran, Pakistan, Russia and India.

In Kabul’s Sherpur neighborhood, the multistory marble mansions owned by warlords, drug lords and Kabul’s political elite were built by corruption, according to Afghans who stage anti-graft protests. Last month, a group of lawyers and economists asked the International Monetary Fund not to lend money to Afghanistan because it would be pocketed by officials.

Insurgents also benefit from the exploding drug trade and have taken payments from countries seeking to buy influence, analysts say.

“U.S. military officials have often suggested that Russia is funneling arms to the Taliban, but the evidence hasn’t been nearly as strong as it is for Pakistani and, more recently, Iranian support for the Taliban,” said Michael Kugelman, deputy director of the Asia Program at the Wilson Center.

“While Moscow has sought to scale up its engagement with the Taliban in recent years, much of this has been meant to promote support for peace and reconciliation. And this is part of a broader Russian objective to increase its influence in Afghanistan,” he said.

But for Brian G. Williams, author of “Counter Jihad. The America Military Experience in Afghanistan, Iraq and Syria,” and a former employee of the CIA’s Counter Terrorism Center, Russia’s endgame in Afghanistan is to hand Washington a humiliating defeat.

“The generals in the FSB (Federal Security Service) and GRU (Main Intelligence Directorate) would again be toasting should American Chinooks be forced to chaotically evacuate U.S. personnel from the U.S. Embassy in Kabul.” he said,

By Kathy Gannon for the Associated Press.

With additional reporting from The Diplomat.