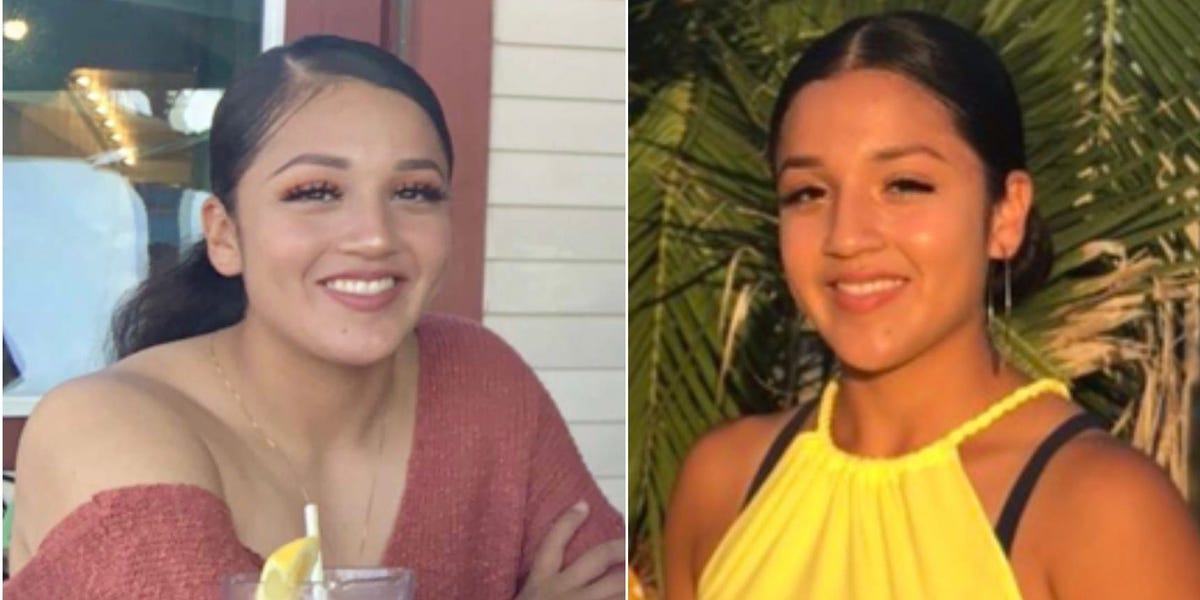 The US Army announced that par­tial human remains were found in an area cur­rent­ly being inves­ti­gat­ed in the search for US Army Pfc. Vanessa Guillen, the miss­ing sol­dier sta­tioned in Ft. Hood, Texas.

It was unclear whose remains were found, the US Army Criminal Investigation Command said in a state­ment to Insider. Army inves­ti­ga­tors said they found the par­tial human remains after they “returned to an area of inter­est” near the Leon River in cen­tral Texas.

“No con­fir­ma­tion as to the iden­ti­ty of the remains has been made at this point and we ask for the media and pub­lic’s under­stand­ing that the iden­ti­fi­ca­tion process can take time,” the Army Criminal Investigation Command said in its state­ment.

Other law enforce­ment offi­cials, includ­ing the Texas Rangers, FBI, and the Bell County Sheriff’s Department were on the scene.

Pfc. Guillen, a 20-year-old Houston native, was last seen at Ft. Hood on April 22. Following her dis­ap­pear­ance, inves­ti­ga­tors found the keys to her car and room, along with other iden­ti­fi­ca­tion cards in the armory where she worked on that same day.

Over 150 people were inter­viewed during the inves­ti­ga­tion that spanned mul­ti­ple law enforce­ment agen­cies and non-profit groups.

Guillen’s sister, Mayra, said that Vanessa alleged that she had been sex­u­al­ly harassed by a supe­ri­or. However, the Army said it had “no cred­i­ble infor­ma­tion or report.”

“We are com­plete­ly com­mit­ted to find­ing Vanessa and aggres­sive­ly going after every single piece of cred­i­ble infor­ma­tion and every lead in this inves­ti­ga­tion,” Criminal Investigation Division spokesper­son Chris Grey, said in a state­ment. “We will not stop until we find Vanessa.”

“We know some­body out there has some very crit­i­cal infor­ma­tion per­tain­ing to this inves­ti­ga­tion and we strong­ly encour­age you to do the right thing and come for­ward,” Grey added. “Do it for Vanessa and do it for her family, friends and fellow Soldiers.”

The Army has offered a $25,000 reward for infor­ma­tion lead­ing to the where­abouts of Guillen.

The dis­cov­ery of the human remains comes over a week after the remains of anoth­er Ft. Hood sol­dier was found in Texas. The skele­tal remains of Pvt. Gregory Morales, a 24 year old Oklahoma native, was found on June 19 and iden­ti­fied the next day. He was last seen on August 19, 2019.

Investigators have not found a con­nec­tion between the dis­ap­pear­ance of Morales and Guillen.