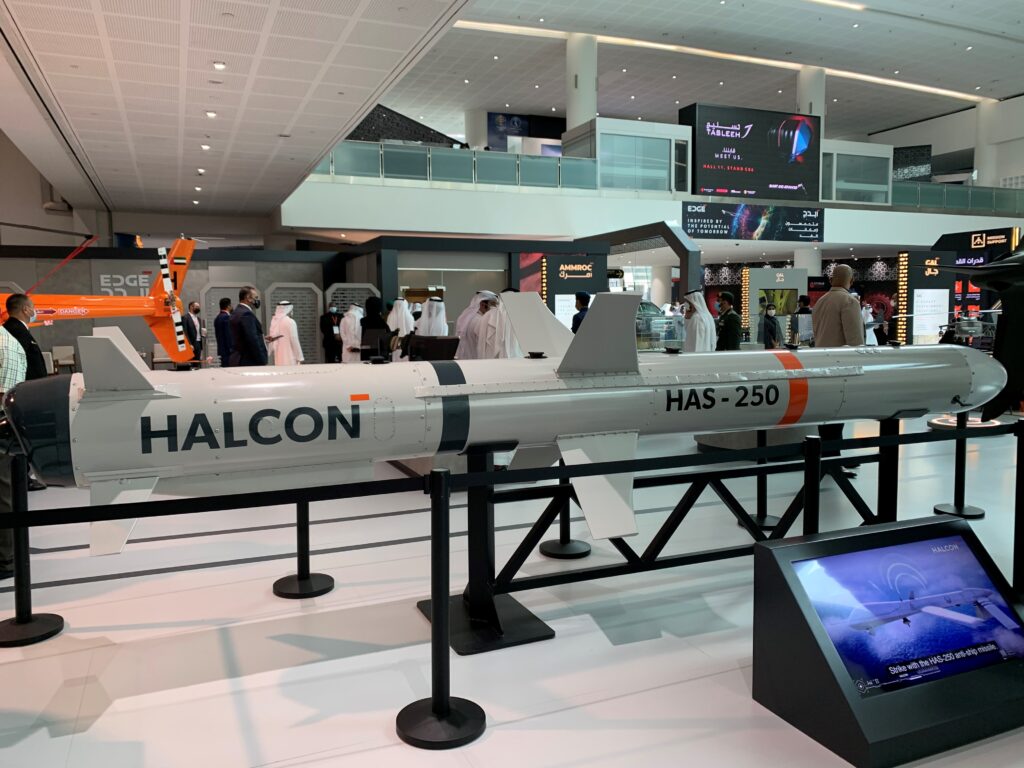 “We are so proud of our locally-made SkyNight multi-mission missile in cooperation with Rheinmetall, who is responsible for the integration of the system,” Saeed Al Mansoori, CEO of Halkon told Breaking Defense. “This is exactly the right kind of weapons to defeat the threats that are facing the Gulf region, from drones to cruise missiles.”

UAE’s HALCON, a part of EDGE Group specializing in the production and supply of precision-guided weapons, designed and manufactured SkyKnight to counter the full spectrum of modern threats, providing early warning signals and precise surface-to-air intercept capabilities targeting of rotary-wing aircraft, UAVs and other fixed-wing aircraft at a range of up to 10km.

When asked about the time of delivery, Al Mansoori said the first demonstrator will be ready in about three years, with the UAE armed forces being the first customer.

However, the company is still considering how many units will be built, but the CEO stressed that, “every country requires having a huge amount of missiles to secure its skies, and these ones here are of major importance especially against the new types threats that include UAVs and small missiles.”

HALCON’s C-RAM missile is capable of tracking and neutralizing numerous, multi-directional incoming targets at one time, providing protection for static assets, as well as mobile and mechanized forces. Transportable and mobile, the system can be deployed fixed on land, sea and moving land platform.

This move comes as part of the UAE’s aim to establish sovereign defense capabilities, amid push to diversify its economy and become less dependent on defense contractors.

“The real question here is what made Rheinmetall sign with us?” the CEO told me. “This shows that we have the expertise, right infrastructure, test labs and development support. No doubt also that such capabilities will make Rheinmetall have a wider footprint in the GCC area.”

The collaboration is also a clear message that EDGE is open to teaming up with various players to offer joint advanced solutions.

Faisal Al Bannai, EDGE Group CEO and managing director, said SkyKnight is the UAE’s first developed air defense missile system, but will not be the last. “It is one of several tremendous achievements announced with the goal to address ever-evolving threats that are not well covered by many players in the market,” he said in a statement.

“We are pleased to team up with Rheinmetall, a leading player in the defence industry, for us to jointly offer the world’s most advanced and comprehensive C-RAM solution leveraging our SkyKnight missile and Rheinmetall’s Skynex solution,” he concluded.