Trump’s Campaign Is Trying to Remove a Video of Him Appearing to Call the Coronavirus a ‘Hoax,’ Saying It’s Misleading

By ymfhu
Posted March 26, 2020
In Defense, Russia, USA,
Trump’s Campaign Is Trying to Remove a Video of Him Appearing to Call the Coronavirus a ‘Hoax,’ Saying It’s Misleading2020-03-262020-03-26https://staging.taktikz.com/wp-content/uploads/2015/07/taktikz-Original.jpgtaktik(z) Staginghttps://staging.taktikz.com/wp-content/uploads/2015/07/taktikz-Original.jpg200px200px 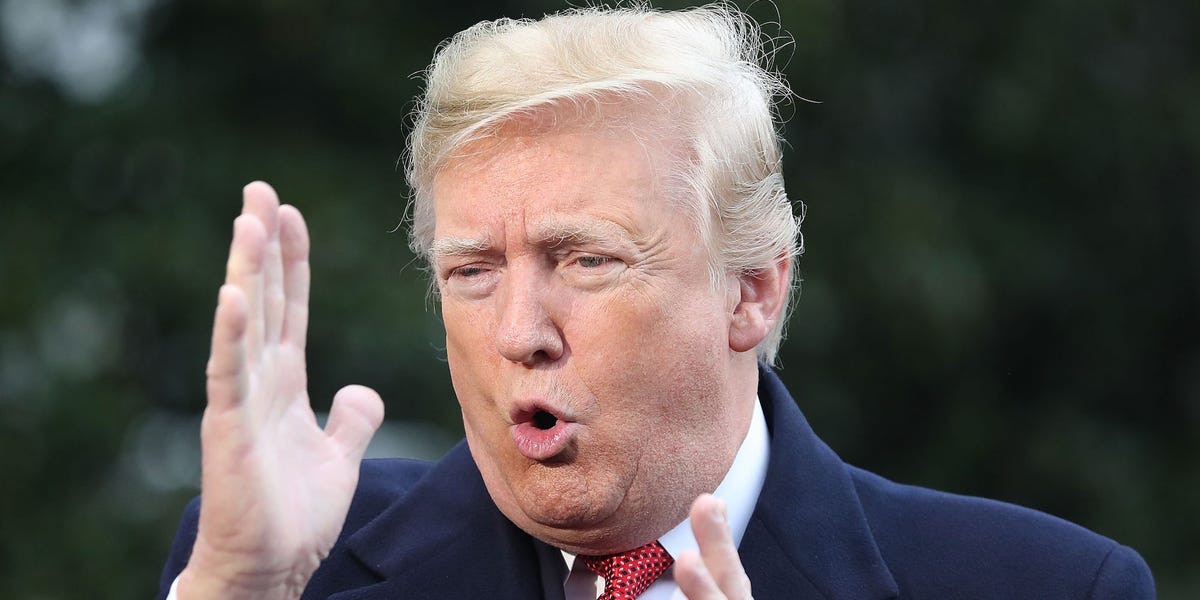 A video cre­at­ed by Priorities USA Action Fund (PUSA), a PAC which has sup­port­ed Democratic pres­i­den­tial can­di­dates, showed a fluid chart of coro­n­avirus cases while unflat­ter­ing com­ments pre­vi­ous­ly made by Trump were played in the back­ground.

“Because PUSA’s ad’s cen­tral point is delib­er­ate­ly false and mis­lead­ing, your sta­tion has an oblig­a­tion to cease and desist from airing it imme­di­ate­ly to comply with FCC licens­ing require­ments, to serve the public inter­est, and to avoid costly and time-con­sum­ing lit­i­ga­tion,” the letter added.

Another ad using the clip also appears to be mis­lead­ing. Trump’s com­ments about the “coro­n­avirus” and “hoax” were made during a cam­paign rally in late February, accord­ing to The Washington Post, and were edited so that he appeared to be saying the words togeth­er. In the actual speech, Trump made sev­er­al remarks after he men­tioned the coro­n­avirus and his ref­er­ence to a hoax.

The full quote as tran­scribed by The Post is below:

“Now the Democrats are politi­ciz­ing the coro­n­avirus. You know that, right? Coronavirus. They’re politi­ciz­ing it. We did one of the great jobs, you say, ‘How’s President Trump doing?’, ‘Oh, noth­ing, noth­ing.’ They have no clue, they don’t have any clue. They can’t even count their votes in Iowa, they can’t even count. No, they can’t. They can’t count their votes. One of my people came up to me and said, ‘Mr. President, they tried to beat you on Russia, Russia, Russia.’ That didn’t work out too well. They could­n’t do it. They tried the impeach­ment hoax. That was on a per­fect con­ver­sa­tion. They tried any­thing, they tried it over and over, they’ve been doing it since he got in. It’s all turn­ing, they lost. It’s all turn­ing, think of it, think of it. And this is their new hoax. But you know we did some­thing that’s been pretty amaz­ing. We have 15 people in this mas­sive coun­try and because of the fact that we went early, we went early, we could have had a lot more than that.”

While the ad appears to be mis­lead­ing, Trump and his admin­is­tra­tion repeat­ed­ly down­played the coro­n­avirus or deliv­ered mixed mes­sages about the seri­ous­ness of the pan­dem­ic, prior to the White House issu­ing its 15-day coro­n­avirus iso­la­tion guide­lines. And despite the warn­ings from public health pro­fes­sion­als, Trump has said he’d like to reopen busi­ness­es by Easter.

At least 1,050 people in the US had died from the new coro­n­avirus as of early Thursday morn­ing.

“The Coronavirus is very much under con­trol in the USA,” Trump tweet­ed on February 24. “We are in con­tact with every­one and all rel­e­vant coun­tries. CDC & World Health have been work­ing hard and very smart.”

About 69,000 cases have been report­ed in all 50 states, Washington, DC, and US ter­ri­to­ries. The fed­er­al gov­ern­men­t’s response has also been crit­i­cized for not heed­ing ear­li­er warn­ings from US offi­cials and the lack of avail­able equip­ment around the coun­try for health­care pro­fes­sion­als.