This Montana Airport Finds Rare Success at a Troubled Time 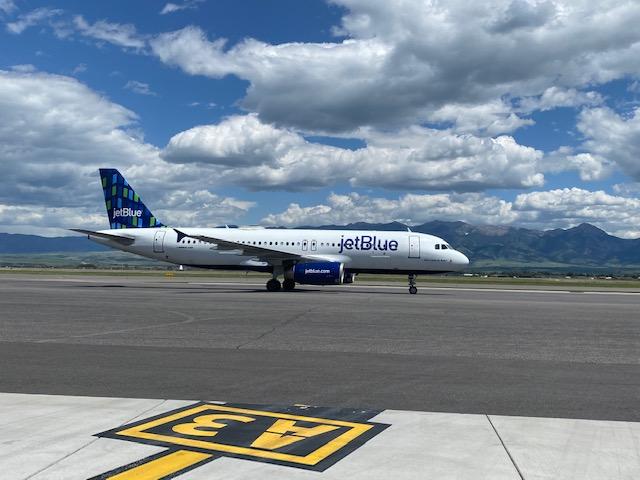 Negative num­bers pre­vail in the air­line indus­try; Bozeman Yellowstone International Airport is an excep­tion. Summer capac­i­ty is at 70% of 2019 levels and four air­lines just added ser­vice at the air­port, includ­ing a first-time route to Boston.

Bozeman is among a hand­ful of air­ports that ben­e­fit from two coro­n­avirus trends. One is that the reduced need for daily com­mut­ing to the office has encour­aged some people to move to attrac­tive loca­tions where they can work over the Internet. Additionally, leisure travel has come back far faster than busi­ness traf­fic.

“People can choose to live here and do busi­ness else­where,” said Airport Director Brian Sprenger. “Bozeman is a very dynam­ic city, with Montana State University, high tech and a high qual­i­ty of life.”

Additionally, Sprenger said, “Western nation­al park air­ports are doing well. It’s a good summer and we think winter could be at 80% to 90% of last year,” due to skiers.

“Certainly, being out­doors seems to be a very appeal­ing thing right now,” he added “We’ve seen a con­sis­tent increase in traf­fic.” Total air­port traf­fic fell 97% to just 2,932 pas­sen­gers in April, but rebound­ed to about 83,000 in July.

Before coro­n­avirus, an aver­age of about a dozen people moved to Bozeman every day. New res­i­dents con­tin­ue to arrive and hous­ing prices con­tin­ue to rise.

This winter, Alaska will begin daily year-round ser­vice to LAX while JetBlue will start summer and winter LAX ser­vice after moving to LAX from Long Beach. Another new des­ti­na­tion is Philadelphia, which American plans to add next summer.

Not only do people move to Bozeman, Montanans in gen­er­al must fly.

“It’s impor­tant to note that Montana is remote, so local travel is not down as much as else­where because to get to any city with a mil­lion or more people, the clos­est one is two states away,” Sprenger said, refer­ring to Denver, Minneapolis, Salt Lake City and Seattle. “If you need to get some­where, flying is a neces­si­ty.”

Historically, the top four routes for traf­fic, in order, have been Denver, Minneapolis, Salt Lake City and Chicago. The top two air­lines have been United and Delta, each with about a third of the market. In July, how­ev­er, American was number one with about a quar­ter of all pas­sen­gers.

“American has been a lot more aggres­sive in adding flights and in their will­ing­ness to fill air­planes,” Sprenger said. American, which serves Bozeman from Chicago and Dallas, plans to add Philadelphia. Sprenger said Charlotte is on his wish list.

Sprenger said Bozeman is more tied to the U.S. East Coast than other Montana cities, explain­ing the increase in flights to Boston and New York. Other cities, such as Kalispell and Missoula, are more likely to attract moves from California, Oregon, and Washington. Sometimes, West Coast people move back, he said.

“If you move from the East Coast, you are more likely to stay,” he said, because Montana win­ters – which lack humid­i­ty — com­pare favor­ably to East Coast win­ters. But com­pared to West Coast win­ters, they are just colder.

“There’s a lot of dif­fer­ence between a dreary, humid, cold winter day in Upstate New York or Michigan, and a bright sunny winter day in Montana, with a lot of blue sky,” Sprenger said.  While the East has dreary 20-degree winter days, Montana has sunny winter days with the tem­per­a­ture at 20 below. “Here, the pret­ti­est days are the cold­est,” he said.