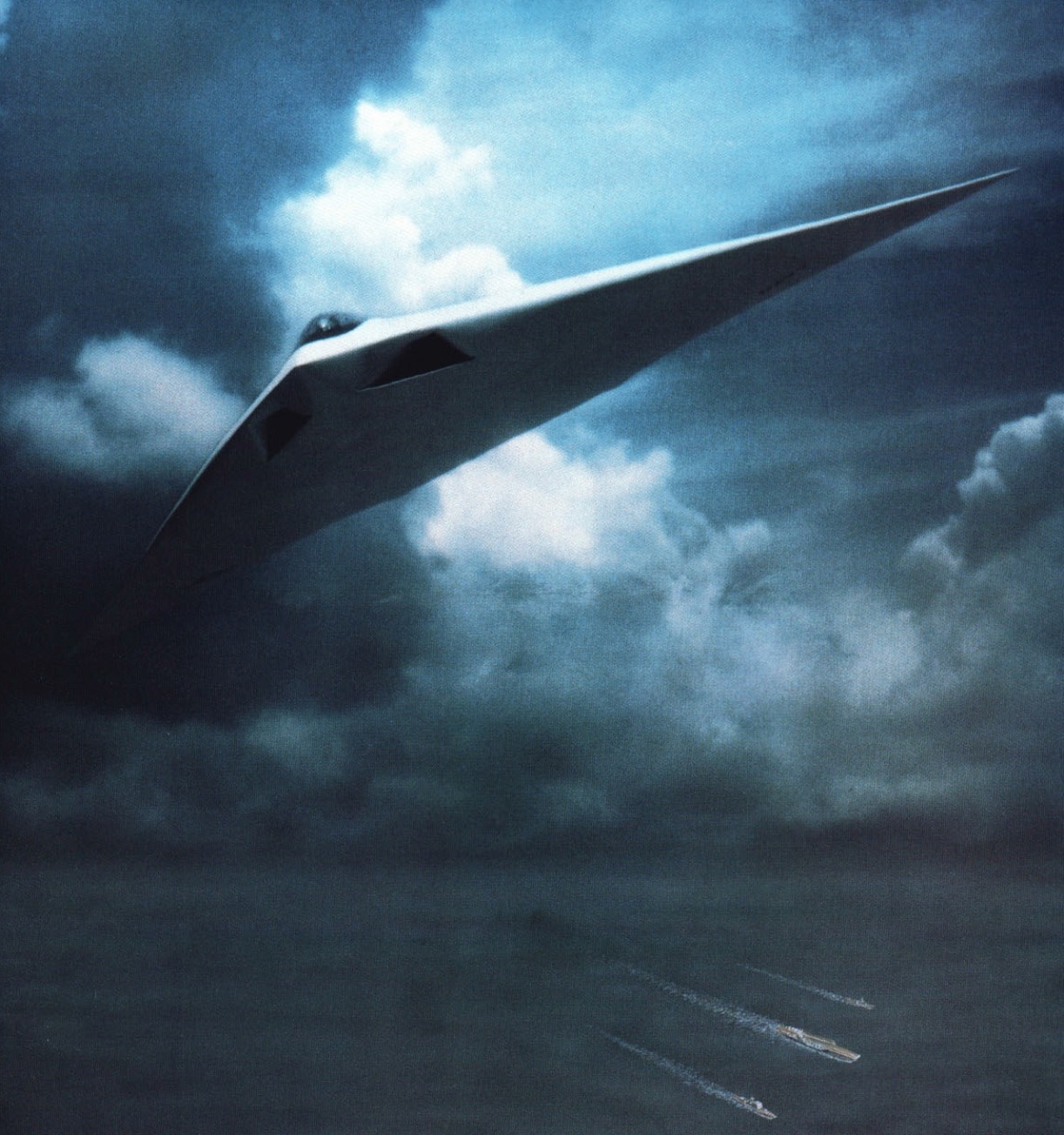 Here’s What You Need to Remember: Even a failed system can have positive repercussions on the future of warfare.

Weapons die for all kinds of different reasons. Sometimes they happen at the wrong time, either in the midst of defense austerity, or with the wrong constellation of personnel. Sometimes they fall victim to the byzantine bureaucracy of the Pentagon, or to turf fights between the services. And sometimes they die because they were a bad idea in the first place. For the same reasons, bad defense systems can often survive the most inept management if they fill a particular niche well enough.

This article concentrates on five systems that died, but that might have had transformative effects if they had survived. These transformations would only rarely have changed the course of wars (countries win and lose wars for many reasons besides technology), but rather would have had ripple effects across the entire defense industrial base, altering how our military organizations approached warfighting and procurement. Not all the changes would have been for the best; sometimes programs are canceled for sound reasons.

In the early 1960s, the Army was just beginning to appreciate the value of helicopter aviation. The Army had used helicopters at the end of World War II, and used them extensively in Korea for reconnaissance and evacuation purposes.  As the sophistication of the machines grew, however, the Army began to see the prospect for much more advanced helicopters that could conduct a wide variety of missions.

The star of the show was supposed to be the AH-56 Cheyenne, a radical design that combined high speed with punching power. The Cheyenne could escort other helicopters in transport mission, or conduct ground support and attack ops independently. In particular, it contained a magnificent propulsion system that could offer speeds of up to 275 miles per hour.

But the Cheyenne fell victim to its own promise. The technologies that made the Cheyenne possible weren’t yet mature, and the early prototypes suffered from teething problems, leading to a fatal crash. The Air Force hated the whole idea of the Cheyenne, believing that the Army was trying to steal close air support and interdiction missions for itself.  The Air Force went so far as to propose a fixed-wing attack aircraft (which would eventually become the A-10) in its effort to kill the program.  Finally, the Vietnam War put enormous pressure on the defense budget, both in terms of making it harder to sell particular programs, and in diverting funds to directly support the war effort.

And so the Cheyenne never happened. Although, a few years later, the Army would push forward with the AH-64 Apache. In this sense, the cancelation of the Cheyenne merely delayed an advanced attack helicopter capability. But the Apache was also a much safer machine than the Cheyenne, and going with the more conventional system has undoubtedly limited the horizons of Army aviation.

The B-70 Valkyrie deserves its own operatic cycle. Envisioned as the replacement for the B-52 Stratofortress and the B-58 Hustler, the B-70 was designed to penetrate Soviet airspace at high altitude, and upwards of Mach 3. Beloved of the “Bomber Mafia,” a generation of senior officers who had cut their teeth in World War II’s Combined Bomber Offensive, the B-70 represented, to many, the future of the Air Force.

And just to show I’m not a hard-hearted guy, and it’s not all dollars and cents, the B-70 was a beautiful aircraft. Long and sleek, the Valkyrie resembles a space ship more than an aircraft. The surviving prototype remains on display at the National Museum of the United States Air Force in Dayton, Ohio.

But the Valkyrie was enormously expensive, and this expense made it vulnerable. First President Eisenhower, then Secretary of Defense Robert McNamara were less than enchanted with the idea of spending enormous sums on another heavy bomber when ICBMs showed great promise in delivering nuclear weapons to the Soviet homeland. Advances in Soviet interceptor and surface-to-air missile technology were also making the B-70’s mission considerably more dangerous than first anticipated.

After constructing only two prototypes (one of which was lost during a PR stunt), the Air Force shut production down. Fifteen years later, the B-1B, with some superficially similar characteristics, would enter service.

The effect of the B-70 on the Air Force would have, on balance, been quite negative. Devoting tremendous resources to the procurement of another strategic bomber would have drawn attention away from both the tactical air force and the missile force. B-70s might (in desperation) have been committed to the bombing of Vietnam during Operations Linebacker I and II, but they would likely have performed no more effectively than the B-52s they were replacing. And both the B-52 and the B-1B have proven remarkably flexible in terms of missions and update technologies, in part because they have space for a larger crew (4 and 5, respectively) than the Valkyrie (2).  McNamara saved the Air Force from itself by preventing a long, deep procurement chasm that would have lasted thirty years.

What if we had a stealthy strike bomber that could take off from aircraft carriers? In the mid-1980s, the Navy needed a replacement for the beloved-but-venerable A-6 Intruder.  Building on expectations about the progress of stealth technology, McDonnell Douglas developed the A-12 Avenger, a subsonic “flying wing” bomber that visually resembled a miniature B-2 Spirit. Combining stealth with the flexibility of carrier ops, the A-12 promised an unparalleled deep strike capability.  Even the Air Force expressed interest in the A-12 as a replacement for the F-111 Aardvark.

But there were problems. Early expectations about the stealth coating proved optimistic, and the fixes substantially increased the Avenger’s weight.  Expenses soared, but the aircraft did not.  The biggest problem, however, was that the Avenger entered the design and production cycle just as the Cold War came to a close.  Facing a tight defense budget, Secretary of Defense Dick Cheney decided to kill the A-12 in favor of less risky programs.

The effects of the cancelation remain with us today. Instead of acquiring an advanced stealth bomber, the Navy settled on the Super Hornet, a significant, but conventional, upgrade on the F-18s it already possessed.  Eventually, the continuing need for a stealthy, carrier-borne strike aircraft would manifest in the F-35C, a program that continues to teeter between “disaster” and “epic disaster.” Even if the F-35C somehow works out, the Navy gave up the deep strike mission when it settled on the Super Hornet. The Air Force is now concentrating on the Next Generation Bomber, a project that closely resembles the A-12 in many ways. The death of the A-12, in effect, transformed the nature of the USN carrier wing for a generation or more.

In the early 21st century, the body of theory known as the Revolution in Military Affairs resulted in a major Army procurement plan known as “Future Combat Systems.”  In brief, the application of RMA theory to modern operations suggested that the combination of precision-guided munitions, high processing speeds, real time communications, and all-encompassing sensor capabilities would transform the way in which armies fought.  Future Combat Systems envisioned an integrated system of weapons, vehicles, and sensors that could prove lethal and decisive across the combat spectrum.  The Army expected every element of the system to support the goal of linking sensors to shooters, enhancing killing power while reducing footprint. Army planners also intended FCS to result lighter, more deployable brigades.

But then the Bush administration dropped the Iraq War on the US Army.  Iraq created major problems for the development of the FCS program.  Intellectual energy and material devoted to developing the FCS concept to its fullest went, instead, to fighting the war.  The conflict demanded systems (such as the MRAP) that did not fit into the FCS concept.  Perhaps most important, the course of the war threw RMA theory into question, with guerrilla fighters consistently bloodying the nose of their technologically sophisticated American foes.

And so FCS died a slow death.  The vision of a coherent system-of-systems surrendered to the need to get particular capabilities into the field in piecemeal fashion, regardless of their role in the larger puzzle.  The Army fought the Iraq and Afghanistan Wars with a mix of new and legacy systems, combined with weapons that had no place in its future expectations.  While individual parts of the FCS vision survive, the ideal has yielded to budgetary and military reality.

What if, instead of a few very large carriers, the United States Navy had undertaken to build a large number of small carriers?  In World War II, the Royal Navy and the US Navy (USN) employed large numbers of escort carriers, small flattops that could support anti-submarine and amphibious operations.

In the early 1970s, Admiral Elmo Zumwalt pushed the idea of the Sea Control Ship (SCS), a small carrier that would defend sea-lanes against long-range Soviet strike aircraft and Soviet submarines.  Faced with the growing expense of modern supercarriers (the first Nimitz class carrier would enter service in just a few years) and the impending retirement of the venerable Essex class carriers, Zumwalt sought a low cost option for air operations that did not demand the full capabilities of a major carrier group.  Escort carriers had helped win the Battle of the Atlantic, and Sea Control Ships might make a similar contribution in a NATO-Warsaw Pact conflict.