Soleimani, the head of the elite Quds Force branch of the Islamic Revolutionary Guard Corps (IRGC,) and nine others were killed by a US drone strike near an air­port in Baghdad, Iraq, on January 3.

The UN has now refut­ed President Donald Trump’s rea­son­ing for the strike. But, while the report is damn­ing, it is unlike­ly to have any ram­i­fi­ca­tions for Trump, as the US is not a member of the UN Human Rights Council, crash­ing out in 2018 after clash­ing over Israel, the Congo, and China.

After the strikes, Trump said that Soleimani posed an “immi­nent threat” as he was active­ly plot­ting terror attacks against US assets, and killing him there­fore “stopped a war.”

But leaks from US intel­li­gence and the State Department days after the strike sug­gest­ed that the “immi­nent” nature of the threats were likely exag­ger­at­ed, or even non-exis­tent. 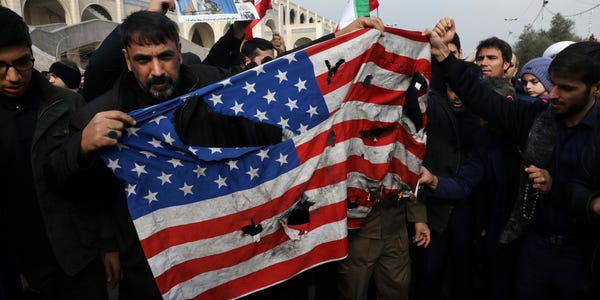 Protesters burn a US flag during a demon­stra­tion over the U.S. airstrike in Iraq that killed Iranian Revolutionary Guard Gen. Qassem Soleimani, in Tehran, Iran, Jan. 3, 2020. AP Photo/Vahid Salemi

And on Monday, Agnes Callamard, UN spe­cial rap­por­teur on extra­ju­di­cial, sum­ma­ry or arbi­trary exe­cu­tion, sub­mit­ted a report to the UN Human Rights Council in which she con­clud­ed that the strike was in vio­la­tion of arti­cle 2(4) of the UN Charter.

The arti­cle “pro­hibits the threat or use of force and calls on all Members to respect the sov­er­eign­ty, ter­ri­to­r­i­al integri­ty and polit­i­cal inde­pen­dence of other States.”

Evidence sub­mit­ted to the UN by the US showed “no evi­dence that threats were immi­nent,” Callamard wrote.

“No evi­dence has been pro­vid­ed that General Soleimani specif­i­cal­ly was plan­ning an immi­nent attack against US inter­ests, par­tic­u­lar­ly in Iraq, for which imme­di­ate action was nec­es­sary and would have been jus­ti­fied.” 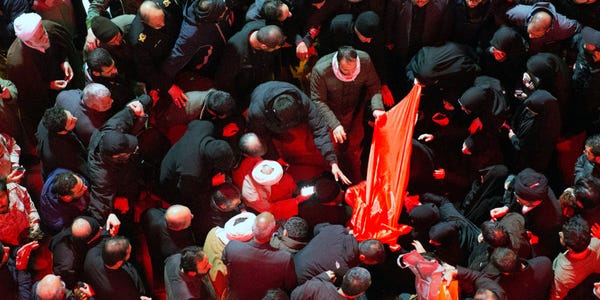 Mourners attend the funer­al and burial of Iranian Major-General and head of the elite Quds Force Qassem Soleimani on January 8, 2020. Reuters

The coun­cil is due to meet on Thursday where it will dis­cuss  the report, but it is likely that no action will be taken, given the lim­it­ed power the coun­cil pos­sess­es.

Trump is almost cer­tain to leave the matter be.

In February, the Chairman of the House Committee on Foreign Affairs accused him of over­play­ing the threat Soleimani posed, so as to make the most of the rare chance to attack him out­side Iran.

In her report, Callamard said it was the first time ever that a coun­try has sought to use self-defence as a jus­ti­fi­ca­tion for taking out a person in a third coun­try.

Callamard also said that the strike was unlaw­ful on the basis that it occured in Iraq, a sov­er­eign nation. 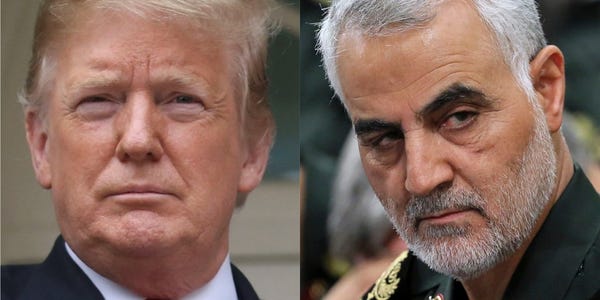 “By killing General Soleimani on Iraqi soil with­out first obtain­ing Iraq’s con­sent, the US vio­lat­ed the ter­ri­to­r­i­al integri­ty of Iraq.”

The report — sub­ti­tled “tar­get­ed killings through armed drones and the case of Iranian General Qassem Soleimani”
— focused in on the eth­i­cal and legal issues asso­ci­at­ed with drone strikes.

“There is little public dis­clo­sure, with tar­get­ed killings by drones wrapped up in a secre­cy that extends to the inves­ti­ga­tion of civil­ian deaths.”

In late, June, Iran issued an arrest war­rant for Donald Trump over the killing of Soleimani, and asked Interpol to help detain him.

Also this month, Iran said it had found a CIA infor­mant who helped the US assas­si­nate Soleimani and, sen­tenced him to death