The U.S. & China May Be Moving Closer to War Over Taiwan 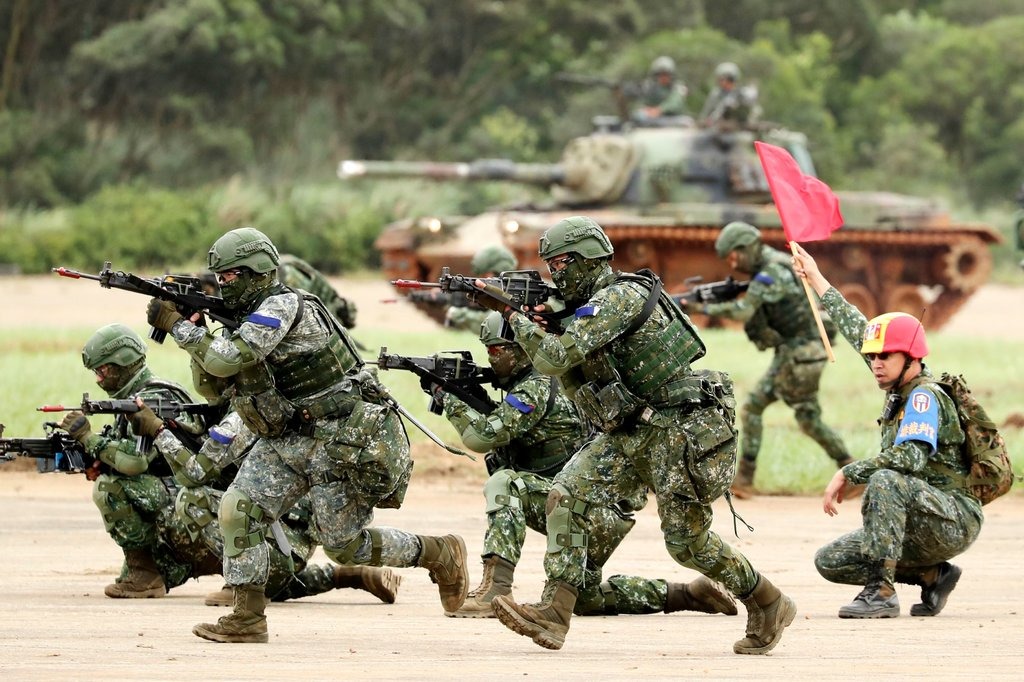 (Washington D.C.) Are the U.S. and China truly on the brink of war over Taiwan? Or could one simply observe that there appears to be a never ending measure of escalation with verbal exchanges, military drills and exercises and geopolitical posturing?

A 2005 Chinese Anti-Secession law gives the Chinese government authority to use force to reunify with Taiwan should the “break away” province formally declare its independence. Given that the island of Taiwan is, at the moment, basically autonomous and independent from China, there is little value in actually declaring independence.

The Chinese military has been flying fighter jets over the Western coastline of the island of Taiwan, conducting amphibious assault warfare preparations and sending its new carriers quite close to the area, all while Chinese-government-backed newspapers write visibly about PLA war-readiness to take over Taiwan.

Is there a realistic possibility that China could succeed in any take over of Taiwan? Maybe, in part due to a combination of operational speed and the prospect of U.S. restraint. Should China be successful in an attempt to quickly overwhelm Taiwanese defenses before U.S. forces could respond, therefore managing to secure the island before a large counterattack was possible? This seems unlikely, given the sustained U.S. presence in the region and forward positioning of strike assets nearby.

Fighter jets, bombers, nearby carrier strike groups, along with U.S. provided long-range defensive weapons on the island of Taiwan make it likely that any invasion might be repelled or prolonged enough to enable U.S intervention. Also, while Taiwan is not far from the Chinese mainland, large numbers of U.S. surveillance assets, not to mention satellites, keep a constant bird-eye watch upon Chinese maneuvers. Any war preparations, massive large scale force deployments or initial transit toward Taiwan would likely be seen immediately by U.S. surveillance. There could always be a surprise attack with something like a long-range missile, but it seems unlikley that any kind of large-scale invasion could succeed before the U.S. would have a chance to intervene. This reality likely dashes a potential Chinese hope that it might be able to quickly secure Taiwan and lead the U.S. to hold back and basically allow it to avoid a catastrophic full-scale war.

Meanwhile, the U.S. has in a comparable way, massively up-ticked its own exercises in the region with a dramatic increase in drone surveillance missions, bomber patrols, Carrier Strike Group exercises and, more specifically, dual-carrier power projection warfare preparation operations in the vicinity of Taiwan. In addition, the U.S. Navy has for years conducted Freedom of Navigation Operations throughout disputed regions of the South China Sea to, at least in part, challenge China’s provocative territorial claims and phony island building in the area. These included pointed and quite deliberate efforts to sail within the so-called disputed 12 mile territorial boundary near islands erroneously claimed by China.

While there has been serious concern about miscalculations, misunderstanding and possible unintended military confrontations or even an exchange of fire, neither side is likely to give a “go-ahead” for any kind of first strike. U.S. and Chinese ships have sailed quite close to one another, U.S. bomber patrols have specifically flown quite close to being directly overhead Chinese targets and Chinese fighter have actually flown “over” coastal areas along the Taiwanese border.

However, there seems to be a never-ending series of provocations and warnings, including bold statements from the Chinese that they are specifically well positioned to destroy what their government calls “foreign interventions” into a possible conflict with Taiwan, the risks and potential costs of war with the U.S. may simply be too high for China to actually initiative a military offensive against Taiwan. Conversely, while the U.S. clearly wants to challenge Chinese provocations and formally “deter” China from taking any kind of aggressive action, it seems clear that the U.S. is by no means likely to launch a first strike upon Chinese forces.

Does this make all of the Chinese provocations, war preparations and public comments about its power projections somewhat useless and potentially even irrelevant? The answer may be yes.

A prominent Chinese researcher and military expert connected to the People’s Liberation Army is saying that a potential war with the U.S. over Taiwan independence essentially relies upon Washington, or U.S. actions.

Zhou Bo, an honorary fellow at the Centre for China-America Defence Relations at the Academy of Military Science of the Chinese People’s Liberation Army, is quoted in a news story in the South China Morning Post called “U.S.-China relations” as saying “The development of cross-strait relations is not solely decided by the Chinese mainland. It is, on the contrary, a result of the interaction between Taipei, Washington and Beijing.”

The essay goes on to say China is “reluctant to use force against Taiwan because it sees the people as their compatriots.”

These two comments, as cited in the paper, seem to resonate as a bit of an overt contradiction, meaning they seem to both communicate warnings and threat while also encouraging restraint. Which is it? Chinese-military affiliated experts, analysts and researchers have of course a long history of making provocative statements, and this simply seems no different.

After all, it seems clear that the U.S. would have no actual reason to risk war except in the unforseen or unanticipated event that China actually launches an invasion to reunify with Taiwan.

Nonetheless, much of what could be called confusion or overt contractions coming from Chinese officials does seem to pertain to the arrival of a new Taiwanese President.

“Now the US is increasingly edging closer to Taiwan, and [President] Tsai Ing-wen holds a totally different stance to developing ties with Beijing when compared to her predecessor Ma Ying-jeou,” Zhou says in the South China Morning Report, referring to Ma’s mainland-friendly approach.

Zhou’s comment raises an interesting question in the sense that it may not be clear what exactly he means by the “U.S. edging closer to Taiwan.” Perhaps this relates to increased U.S. weapons sales to the island, or could simply be seen as a kind of empty threat.

The U.S. is already close to Taiwan and has a long history of providing military and diplomatic support to the island. As part of this, Taiwan has long been a Foreign Military Sales customer of the U.S., acquiring Black Hawk and Kiowa helicopters, hellfire missiles, Stingers, torpedos and even C-130 aircraft, along with much more.

Most recently, the U.S. is now amid a deal with Taiwan to offer as many as 108 Abrams main battle tanks. This is quite significant, as the presence of main battle tanks on the Taiwanese mainland certainly strengthens a credible deterrent against a Chinese invasion, by at very least ensuring that a ground invasion could be costly and lengthy for China should it embark upon such a venture.

Kris Osborn is the defense editor for the National Interest*. Osborn previously served at the Pentagon as a Highly Qualified Expert with the Office of the Assistant Secretary of the Army—Acquisition, Logistics & Technology. Osborn has also worked as an anchor and on-air military specialist at national TV networks. He has appeared as a guest military expert on Fox News, MSNBC, The Military Channel, and The History Channel. He also has a Masters Degree in Comparative Literature from Columbia University.*