The 1st NASA Astronauts to Come Home on SpaceX’s Crew Dragon Are Ready for Anything. Even Seasickness.

By ymfhu
Posted August 1, 2020
In Space
The 1st NASA Astronauts to Come Home on SpaceX’s Crew Dragon Are Ready for Anything. Even Seasickness.2020-08-012020-08-01https://staging.taktikz.com/wp-content/uploads/2015/07/taktikz-Original.jpgtaktik(z) GDI (Government Defense Infrastructure)https://staging.taktikz.com/wp-content/uploads/2015/07/taktikz-Original.jpg200px200px 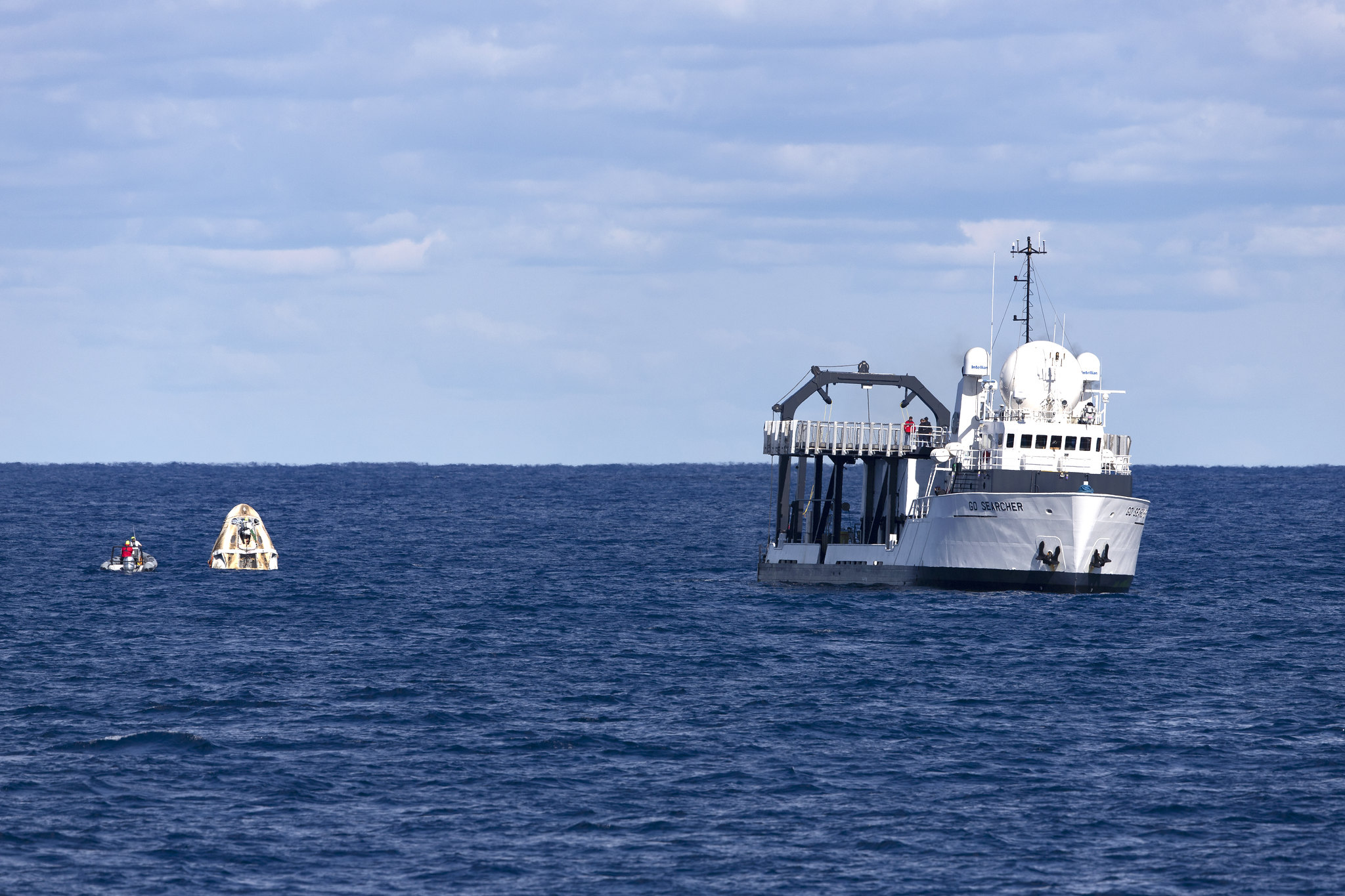 Every step of the way, space­flight tends to dis­agree with the human body, and two astro­nauts look­ing to return to Earth this week­end are pre­pared for the pos­si­bil­i­ty their stom­achs may revolt at the harsh treat­ment.

NASA vet­er­ans Doug Hurley and Bob Behnken launched to the International Space Station tucked inside a SpaceX Crew Dragon on May 30 on a test mis­sion dubbed Demo‑2. The last leg of their jour­ney will begin when they climb into the same cap­sule on Saturday (Aug. 1) for the one-day trip back to Earth to land in the waters off Florida.

While NASA won’t let the astro­nauts leave if con­di­tions at sea look dan­ger­ous, those waters could still be choppy. And their stom­achs have spent two months in micro­grav­i­ty digest­ing a diet of space-stable food.

The results could get ugly, but Hurley and Behnken say they’re pre­pared.

“I’ll answer for Doug and say that we’ll both have the appro­pri­ate hard­ware ready, should we start feel­ing a little bit sick on board while we’re in the vehi­cle after splash­down,” Behnken said during a news con­fer­ence held by the NASA astro­nauts on board the space sta­tion on Friday (July 31)..

Yes, when it comes to space­flight there’s always “appro­pri­ate hard­ware” involved, even for a phe­nom­e­non as mun­dane as sea­sick­ness. And what does that hard­ware entail?

“Just like on an air­lin­er, there are bags if you need them, and we’ll have those handy,” Hurley said. “We’ll prob­a­bly have some towels handy as well.” On the bright side, by then, grav­i­ty will be back, reduc­ing the chaos fluids cause in micro­grav­i­ty.

“If that needs to happen,” Hurley con­tin­ued, “it cer­tain­ly would­n’t be the first time that’s hap­pened in a space vehi­cle. It will be the first time in this par­tic­u­lar vehi­cle if we do but not the first time by any stretch. Folks that fly in space know that some­times going uphill can be a little bit — have an effect on your system, and some­times coming down­hill is the same way.”

And during the care­ful­ly chore­o­graphed splash­down pro­ce­dure, a rescue team will be on site to meet the astro­nauts in their cap­sule with a more wave-ready type of ship. The astro­nauts will know which of seven splash­down sites they’re tar­get­ing about six hours before they undock the Crew Dragon from the space sta­tion, leav­ing crews on Earth a full day to pre­pare to meet them. As of today, NASA and SpaceX are tar­get­ing a site in the Gulf of Mexico off the coast of Panama City in Florida’s pan­han­dle, NASA offi­cials have said.

“We know the team is going to get us pulled up and onboard the ship rel­a­tive­ly quick­ly,” Behnken said. “We’re expect­ing to be as pre­pared as we can be and have a really good feel­ing about being under con­trol as we get through all that.”

It’s a topic the two astro­nauts may be will­ing to revis­it after they’re safely back on dry land.

“We’ll just have to see how it goes,” Hurley said. “We’ll cer­tain­ly let you know.”