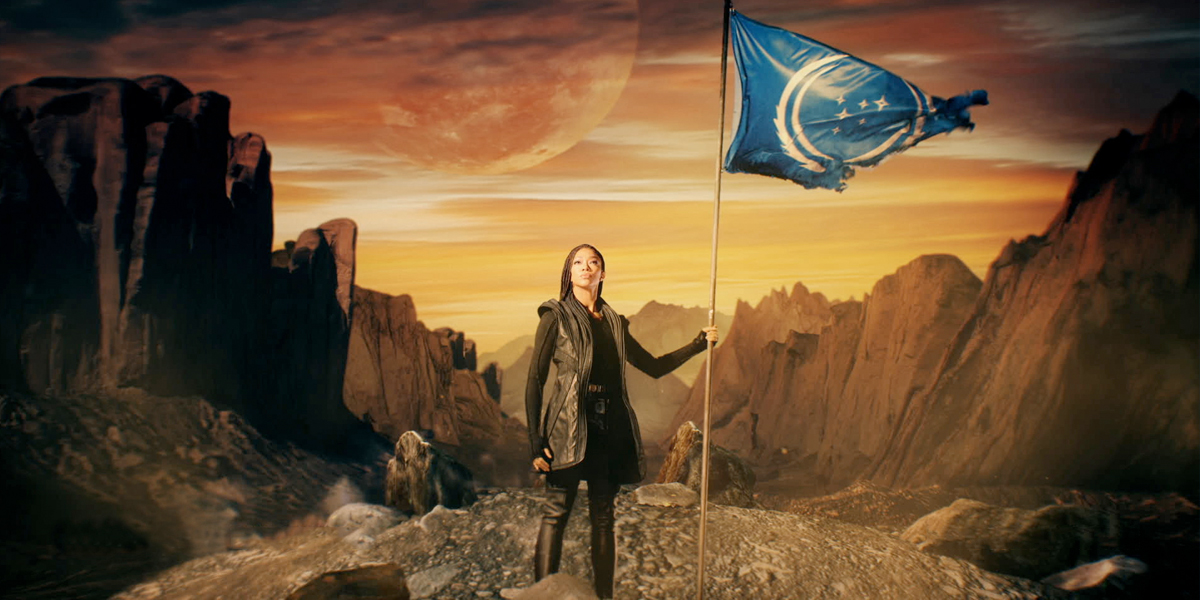 We didn’t get a new trail­er for Season 3 of “Star Trek: Discovery” at this year's Comic-Con@Home event — in fact, we’ve only seen the teaser trail­er that showed at last year’s New York Comic Con. It seems a trifle odd that CBS passed on the oppor­tu­ni­ty given it lit­er­al­ly had a cap­tive audi­ence for the Star Trek Universe panel, so fin­gers crossed we’ll get one soon and no doubt it will catch every­one by sur­prise and then short­ly after cause the inter­net to explode.

However, just a day after Comic-Con@Home ended, CBS did give con­firm the 13-episode Season 3 pre­miere date, which will be Oct. 15, on CBS All Access.

And, sci-fi fans, from October onwards, we can expect a lot of qual­i­ty TV, as the second season of “The Mandalorian” also airs in October and while the exact date hasn’t been con­firmed by Disney Plus, one rumor sug­gests that it might be as soon as Oct. 7. It’s not yet known how many episodes will be in Season 2.

Related: What 'Star Trek' has taught us about diversity

While little is known about what to expect in the new season of “Star Trek: Discovery” — aside from the fact that the crew has been cat­a­pult­ed 930 years into the future to the year 3186, or there­abouts — we can expect a whole host of stars in Season 2 of “The Mandalorian,” includ­ing:

Plus, don’t forget, we’ve got “Star Trek: Lower Decks,” which launched this week on the CBS All Access sub­scrip­tion ser­vice. The Trek won’t end there as “Star Trek: Prodigy” is still to come on Nickelodeon, plus “Star Trek: Strange New Worlds” and a Section 31 spin-off in pre-pro­duc­tion.

What a time to be a Trekkie.