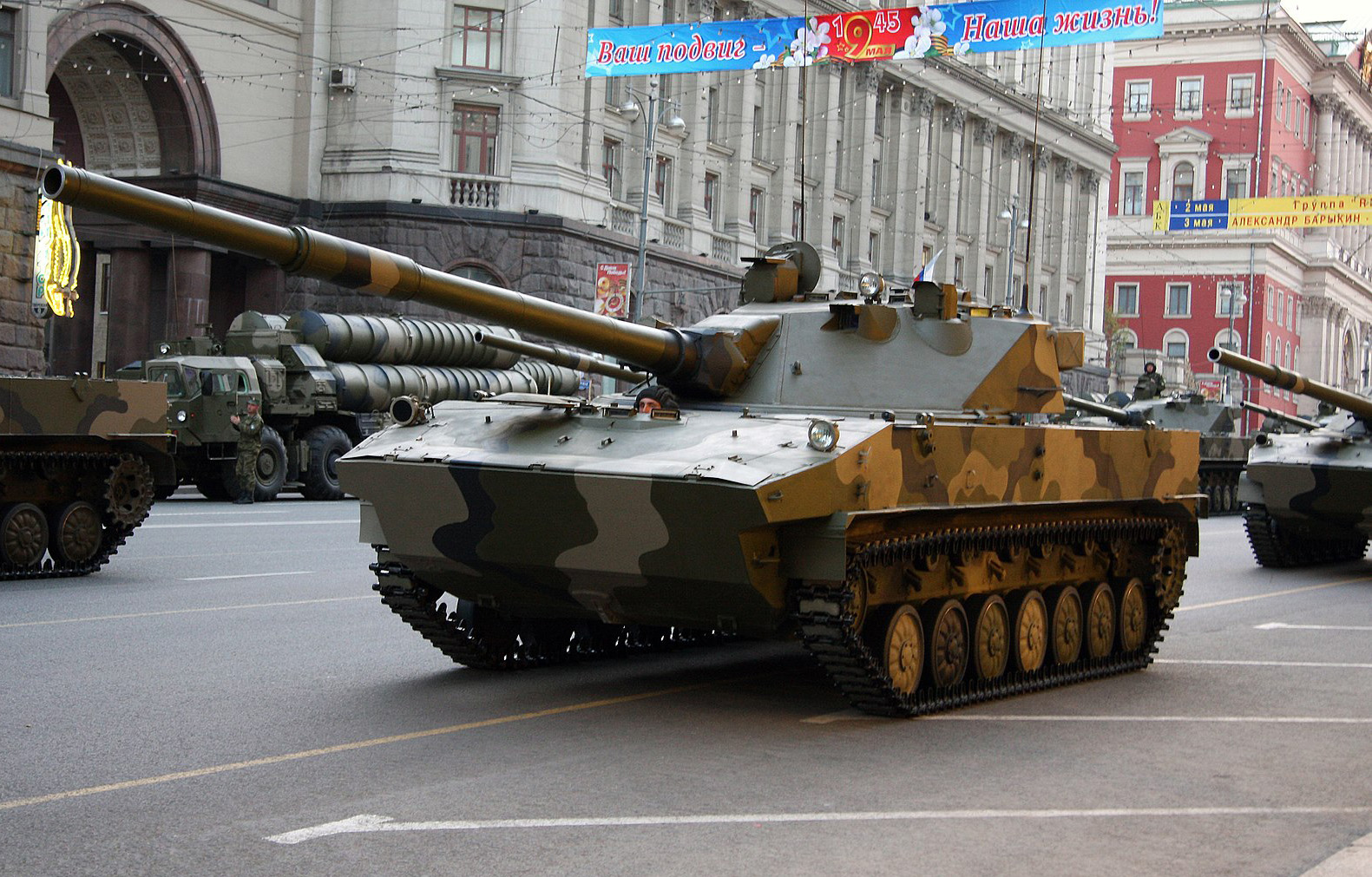 The Sprut-SD is not very well known, but thanks to its capabilities, it should be.

Russia fields a wide variety of armored vehicles. Be they Cold War-era armored personnel carriers, or modern, state-of-the-art main battle tanks. One of their lesser-known armored vehicles, the so-called Sprut-SD, is in service with Russia’s airborne forces.

The Sprut-SD is somewhere in between an amphibious tank and tank destroyer. Thanks to its very large 125mm main gun, it can fire the same ammunition as Russia’s main battle tanks like the new T-14 or the older but still formidable T-90, a logistical boon.

As a tank destroyer, the Sprut would seek out enemy armor, a role it would excel in thanks to its enormous main gun. The vehicle would also work in support of infantry, augmenting firepower on the ground particularly against buildings or other, more hardened structures.

In order to accommodate a main battle tank gun on a comparatively small and light chassis, the Sprut is equipped with hydropneumatic suspension that can be raised and lowered by the driver. While this can give the vehicle better performance off-road, and offer better protection when in dug-in positions, perhaps its more valuable function is to partially absorb the gun’s recoil when firing. The Sprut’s secondary armament is a coaxial 7.62mm medium machine gun.

Though exact production numbers are difficult to ascertain, some of the Sprut’s features can be. For starters, the Sprut has excellent mobility. This is facilitated in part by extensive use of aluminum in the Sprut’s hull. Lighter than steel, aluminum affords the Sprut a low, approximately 18-ton curb weight. For a sense of just how light that is, the M1 Abrams, the United States’ current production main battle tank weighs over three times as much, at over 60 tons.

Like several Russian armored vehicles, the Sprut’s layout places the three-man crew in the front third of the vehicle, with the turret located on the hull top between the crew and the engine at the rear. In contrast to the fairly low-profile hull, the turret is relatively tall. The steeply angled turret glacis is made of steel, perhaps an acknowledgment of the superior protection steel offers when compared to aluminum.

While mobility certainly benefits from low weight, one reason why the Sprut’s weight was kept to a minimum is transportability in the air and mobility on water. The vehicle’s design benefits from hollow road wheels that increase buoyancy and two water jets at the rear, affording the Sprut decent speed on water. There is also a small bow flap that can be extended for better water mobility. The Sprut could in theory be airdropped from a transport plane with the crew inside. If possible, the Sprut would be very mobile indeed.

The 2S25 Sprut likely exists in only small, probably less than 100 vehicles in total. This may be due in part to a mishap during Russia’s annual military parade on Red Square, in which a fuel leakage caused a Sprut to catch fire. Small production numbers aside, the Sprut-SD is indeed a powerful aquatic and airborne anti-tank vehicle.

Caleb Larson is a defense writer for the National Interest. He holds a Master of Public Policy and covers U.S. and Russian security, European defense issues, and German politics and culture.