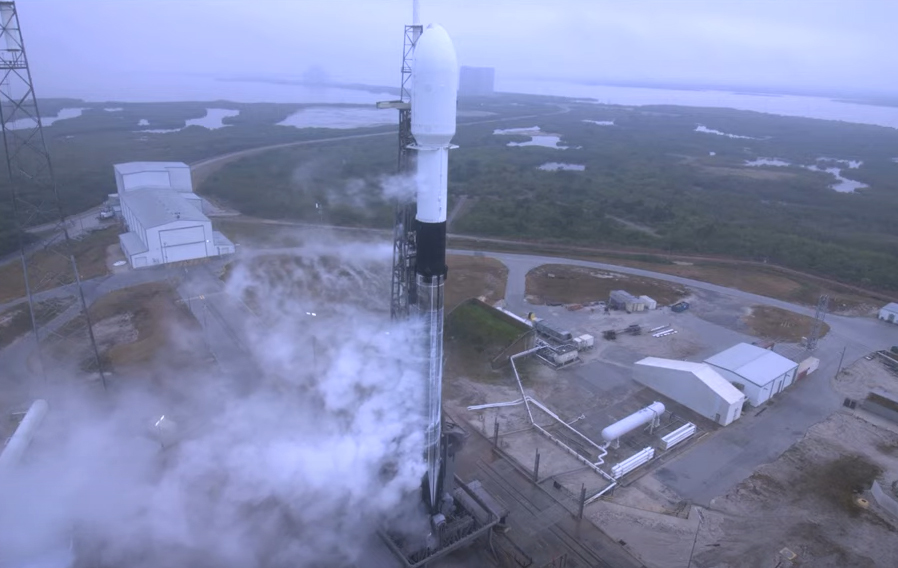 It was an anticlimactic launch day at Cape Canaveral Space Force Station in Florida this morning (Jan. 23), where SpaceX was due to launch a record 143 satellites on a single Falcon 9 rocket.

The company was targeting a 9:40 a.m. EST (1440 GMT) launch for the Transporter-1 mission, but scrubbed a little over six minutes before scheduled blast-off due to poor weather conditions. SpaceX will attempt the launch again on Sunday (Jan. 24) at 10 a.m. EST (1500 GMT) from Space Launch Complex 40.

You can watch the launch live here and on the Space.com homepage, courtesy of SpaceX, or you can watch directly from SpaceX here about 15 minutes before liftoff.

“Weather is looking a little dicey for our current liftoff time,” SpaceX production supervisor Andy Tran said about seven minutes before the rocket was scheduled to blast off today, citing electrical fields.

Related: See the evolution of SpaceX’s rockets in pictures

Less than a minute later, the SpaceX team made the call to scrub the launch attempt entirely, not waiting for the clock to run out. Electrical fields are a risk to rocket launches because they can prompt lightning formation during liftoff.

The Transporter-1 launch will be SpaceX’s first dedicated rideshare mission, carrying 133 assorted small satellites and 10 of the company’s Starlink internet satellites. When it launches, the mission will hold the record for most satellites deployed from a single rocket, Tran said.

The launch will be the fifth flight for the Falcon 9 first-stage booster. Its previous flights, all in 2020, include the company’s first-ever crewed launch, called Demo-2, in May 2020, which sent two NASA astronauts to the International Space Station for a two-month stay. The booster also launched a military communications satellite for South Korea, a Cargo Dragon resupply ship to the station for NASA and a separate Starlink mission.