Space Force Reaches Out to New Partners– Eye on China 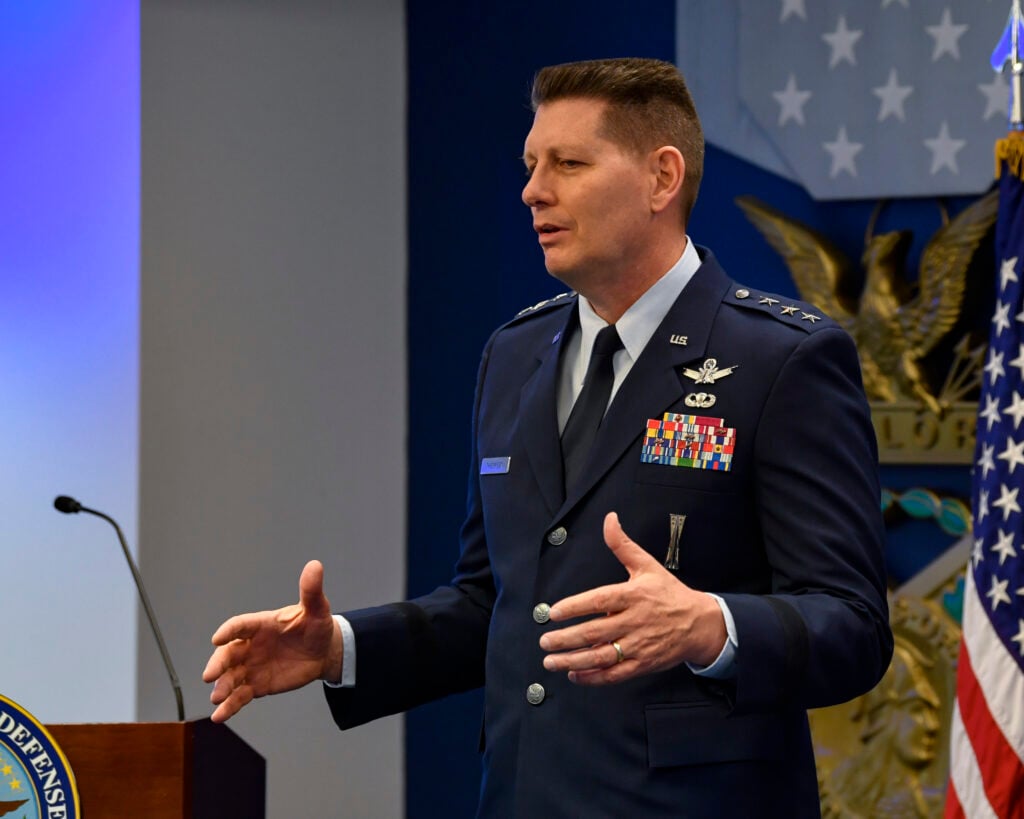 WASHINGTON: The Space Force is looking for “opportunities” to build ties with nations in the Western Pacific and Indian Ocean region, says Vice Chief DT Thompson. And while he didn’t spell it out, it isn’t hard to extrapolate that the focus on that part of the world has everything to do with China.

Thompson said there is “an absolute demand for expanding our engagement with with close partners we’ve had in space over the years, but also expanding that not just to include allies and partners in other areas, but I will say to look for opportunities for partnerships in space that we may not have had or enjoyed in the past, even in other domains.”

Traditional US space partners, he explained, have been the Five Eyes countries — Australia, Canada, New Zealand and the United Kingdom. “Over the last several years we’ve been aggressively expanding our partnerships with France and Germany and Japan as well, looking to expand it with the Republic of Korea,” he said, as well as some NATO allies. The idea, now, is to find new partners including among emerging space players.

The Space Force started on military-to-military initiatives started last year with Brazil and other South American nations including Argentina and Chile. Space Force and Southern Command (SOUTHCOM) held their first formal discussions with Brazil in August, under the newly created U.S.-Brazil Space Engagement Talks. In four days of talks, the two sides discussed “future collaboration opportunities in space situational awareness; research, development, test, and evaluation; launch; satellite command and control; among other areas,” to a SOUTHCOM press release said at the time.

“Other areas we’re looking for opportunities are also out in the Western Pacific and Indian Ocean, to develop new and different partnerships in space that we may not have enjoyed in other domains … in the past,” he added, “especially in the area of fostering internationally recognized norms of behavior and security instability in the domain.”

The Space Force already has been steadily strengthening long-standing space ties to Australia, as Canberra has moved to bolster its indigenous capabilities as it casts a wary eye on China. Australia has been of particular interest to the Air Force — and now the Space Force — for the space situational awareness (SSA) mission because the US Space Surveillance Network (SSN), which includes a number of radar facilities, lacks coverage of the Southern Hemisphere. The US-built C-Band Space Surveillance Radar system was moved to the Harold E. Holt Naval Communications Station in Western Australia in 2017, becoming the first Low Earth Orbit (LEO) sensor for the SSN in the Southern Hemisphere. Space Force in April announced in April that the Space Surveillance Telescope was moved to Holt as well, and is expected to be operational in 2022.

The US also has been seeking to establish ties with India, which sees China as its key regional rival. India has grown into a major player in military space; for example, conducting a controversial anti-satellite weapons test on March 27, 2020. (Interestingly, India’s test elicited almost no official scolding from the Trump Administration — in stark contrast to the howls of protest following China’s 2007 ASAT test that Space Force officials to this day call out as evidence of Beijing’s hostile intentions.) During former-Defense Secretary Mark Esper’s bilateral discussions with Indian Defense Minister Rajnath Singh in October 2020, the two sides signed a new agreement that allows the US to share geospatial data with Delhi, as well as high-end avionics systems for aircraft.