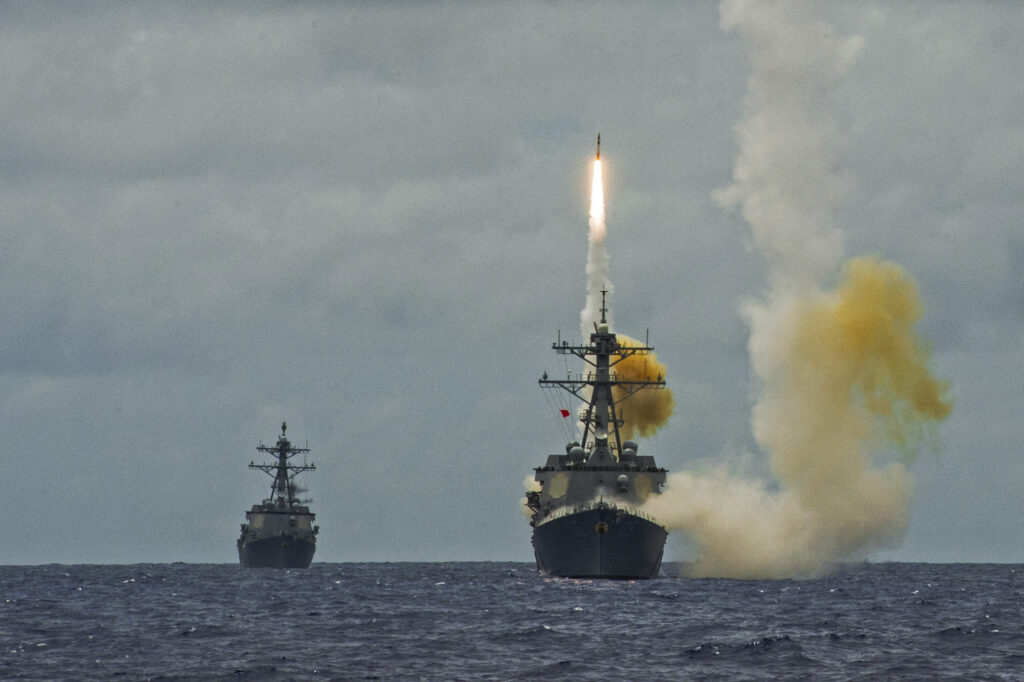 WASHINGTON: National Security Advisor Robert O’Brien’s surprise announcement Wednesday that all destroyers in the Navy would be fitted with hypersonic missiles raised eyebrows in a fleet already in the midst of massive changes.

With the service’s eagerly-awaited new fleet plan and its 30 year shipbuilding plan still awaiting White House approval weeks after its completion was announced by Defense Secretary Mark Esper, it remains unclear whether the potentially massive effort to add hypersonic missiles to surface ships is a new ask from the Trump administration. Defense officials had planned to unveil the plans for hundreds of new ships earlier this month, but the Office of Management and Budget has yet to sign off on it.

Speaking at the Portsmouth Naval Shipyard in Maine on Wednesday, O’Brien threw a new wrinkle into the storyline as he continued with his long advocacy of a bigger, more lethal fleet.

“The Navy’s Conventional Prompt Strike program will provide hypersonic missile capability to hold targets at risk from longer ranges,” O’Brien said. “This capability will be deployed first on our newer Virginia-class submarines and the Zumwalt-class destroyers. Eventually, all three flights of the Arleigh Burke-class destroyers will field this capability.”

The addition of the Arleigh Burke destroyers was a new touch not previously seen in Navy plans or in the 2021 defense budget markups by the House and Senate earlier this year.

Upgrading all three versions — known as Flight I, II, and III — of the Arleigh Burke destroyers would be a huge ask for the Navy and its shipyards already struggling to repair and refit ships on time.

“This is a terrible idea for several reasons,” Bryan Clark of the Hudson Institute said. The oldest ships would need to undergo a service life extension in order to make the upgrades worthwhile, he explained, which would probably only squeeze another decade or so out of them. The oldest ships, built in the 1990s, already are more expensive to maintain and operate than the newer Flight IIs and Flight IIIs. “They’re in their last decade, and their operation and support cost is 30% higher than the Flight IIs” already, Clark said.

The hypersonic missiles the Navy has been developing in conjunction with the Army are likely to be bigger than the missiles currently carried by the 68 Arleigh Burke destroyers, requiring a major refit. The newest flight III ships — the first one is slated to be delivered in 2024 — are also optimized for ballistic missile defense, meaning the addition of the hypersonic weapon would give them a complex new mission and a major refit right off the bat.

Either way, it will be some time before any hypersonic weapons are available. Earlier this year, Vice Adm. Johnny Wolfe, director of the Navy’s Strategic Systems Programs told me the service plans to test its first hypersonic missile from a submarine by the mid-2020s as it prepares to equip its Virginia-class submarines with the weapon.

The Conventional Prompt Strike weapon is being developed through a partnership with the Army, in which the Army buys the glide body for both services, while the Navy buys the rocket booster. The Army plans to field a battery of four truck-borne launchers in 2023 while the Navy will take a few more years to work out the more complicated design specifications of a sea-launched version set to fly from Virginia-class submarines.

Lawmakers have also expressed interest in putting the Conventional Prompt Strike weapon on a surface ship.

In its markup of the 2021 National Defense Authorization Act (NDAA), the House Armed Services Committee’s Strategic Forces Subcommittee called for the Navy to study putting its developmental hypersonic missile aboard its three Zumwalt-class destroyers, and deliver a report three months after the bill passed. The NDAA is awaiting final conferences, and is expected to be taken up again in December.

The USS Zumwalt, the first of the class, only test-fired its first SM-2 missile on Oct. 13, as it continues its slow, messy path to entering the fleet.

“The [proposed new missiles] are so large that it’s not like a Harpoon launcher where you can just sort of put it somewhere on the ship,” Clark added. “It’s big and heavy enough that it’s going to actually affect the ship’s center of gravity and center buoyancy. It’s not an easy modification.”

In keeping with the Navy’s comments earlier this year that the service is first focusing its efforts on putting these missiles on submarines, Navy spokesman Capt. Danny Hernandez emailed today they’re “on track” to field early Conventional Prompt Strike Global Weapon Systems to Virginia-class submarines in the late-2020s. “With respect to destroyers, and in accordance with the 2020 NDAA, the Navy is ensuring that the technology is transferable to surface launched platforms.”

Given the engineering, budgetary, and scheduling issues involved in putting O’Brien’s plan into action, his comments may have been less about actually transforming the fleet as about signaling to Beijing and Moscow.

A former naval officer with time at PACOM and on the China Branch of Navy Staff at the Pentagon, Sadler added that the “messaging is meant to complicate China’s threat calculus, because it makes the problem set harder.”