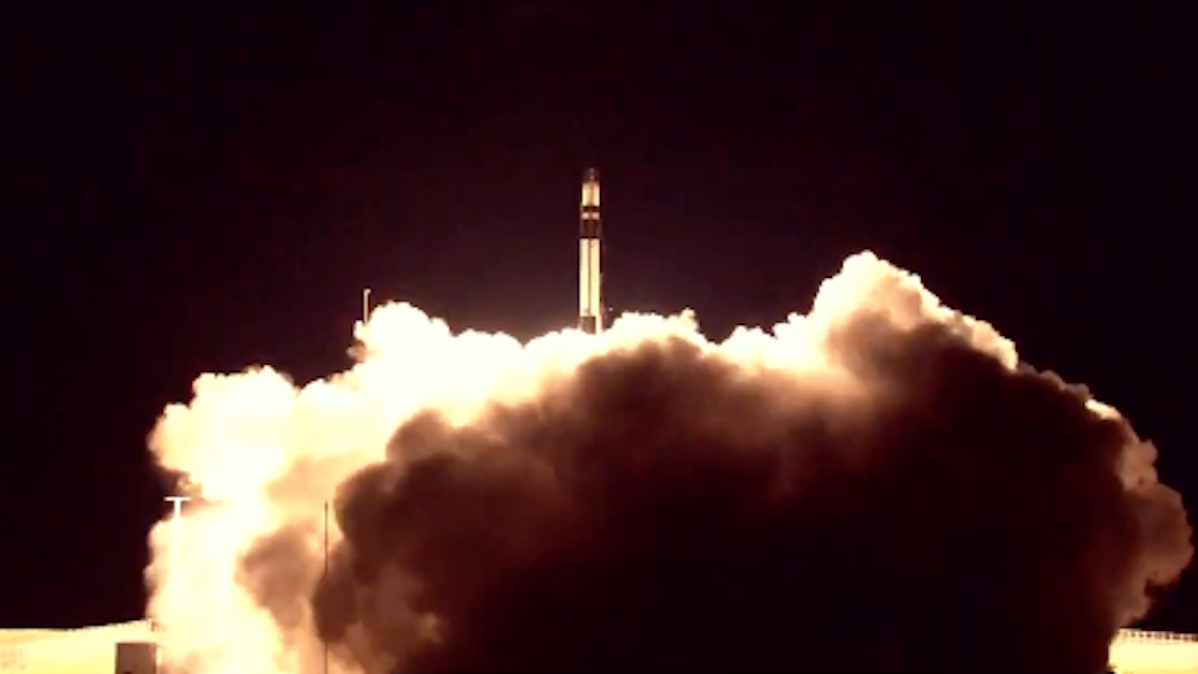 The California-based company’s 17th mission is their 7th successful Electron launch this year.

It comes only 3 weeks after Rocket Lab’s milestone 6th launch of the year, which demonstrated the company’s first mid-air Electron booster recovery using parachutes and helicopters.

RELATED: ROCKET LAB’S QUEEN-INSPIRED MISSION WILL BE BURNIN’ THROUGH THE SKY TOMORROW

The owl is in orbit

Launched from Rocket Lab’s Launch Complex 1 in New Zealand, Synspective’s StriX-α satellite will image millimeter-level changes to the Earth’s surface from space, regardless of weather conditions on Earth and time of day.

“The StriX-α satellite onboard this mission will be the first of a series of spacecraft deployments for Synspective’s planned constellation of more than 30 SAR small satellites to collate data of metropolitan centers across Asia on a daily basis that can be used for urban development planning, construction and infrastructure monitoring, and disaster response,” Rocket Lab explains on its website.

The mission was called ‘Owl’s Night Begins’ as a nod to the Strix genus of owls from which Synspective takes its StriX satellite family name.

After reaching speeds in excess of 28,000 km/h, the Rocket Labs’ Electron second stage rocket shut down as planned and the Kick Stage successfully separated for deployment.

Though the live stream cut off after the payload entered orbit, Rocket Lab confirmed via a tweet that deployment was carried out successfully.

Rocket Labs’ biggest milestone this year is without a doubt last month’s demonstration of a rocket booster recovery using helicopters to retrieve the component in mid-air as it slowly descended to Earth with the aid of a parachute.

Impressively, the company pulled off the recovery on its first-ever attempt. The goal, much in the same way as Space X, is to reuse their boosters for more cost-effective rocket utilization.

The launch of the ‘Owl’s Night Begins’ mission does, perhaps, show one limitation to its recovery method.

The company did not attempt to recover the booster for tonight’s mission, most likely due to the nighttime conditions — we have reached out to Rocket Lab regarding the exact reasoning behind this and will update the article once we hear back.

You can watch the full live stream as it happened below: