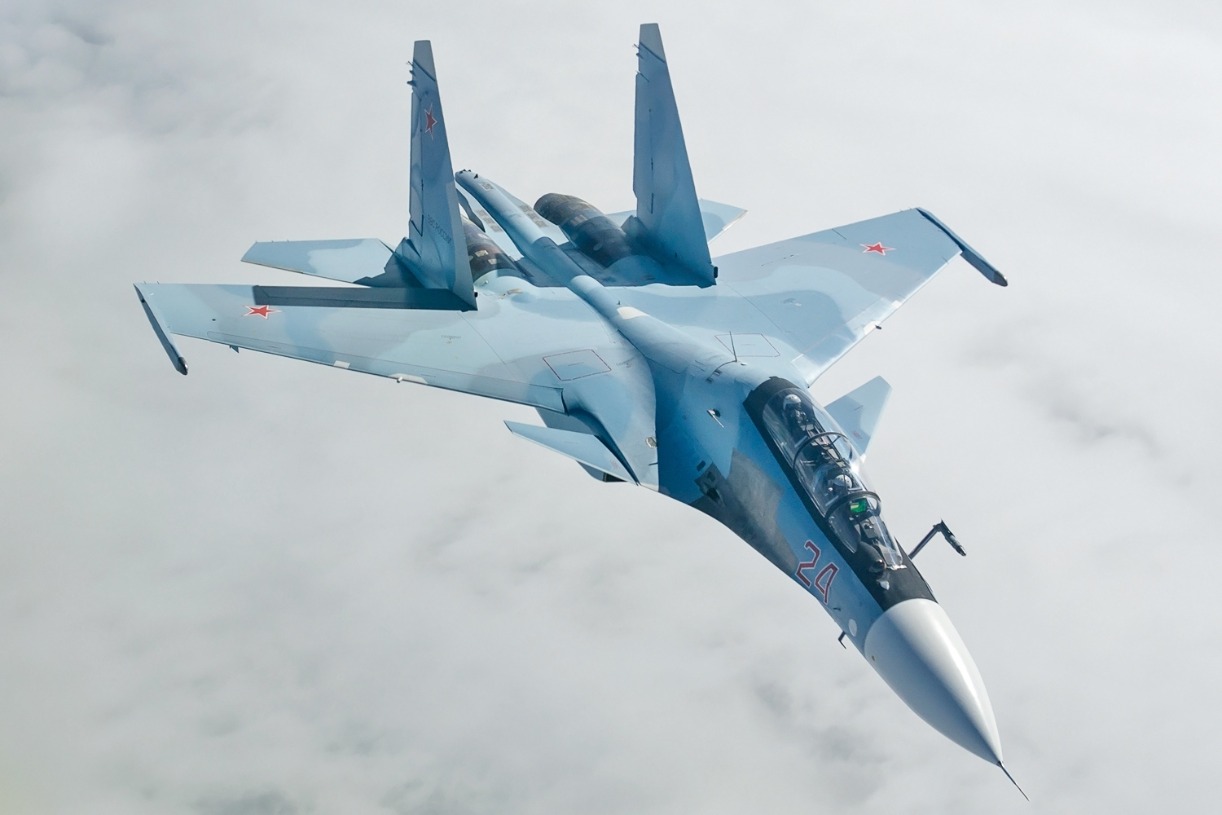 Here’s What You Need to Remember: Other nations including Algeria, Belarus, Indonesia, Malaysia, Uganda, Venezuela and Vietnam operate the Su-30. However, not all of the customers have been happy either—and some critics in Belarus have suggested that the nation would have been better off buying U.S. F-16s instead of the Russian-made aircraft to replace its aging MiG-29 fighter jets.

Last week a Russian Su-30 fighter jet crashed near the village of Dornikovo in the Tver region northwest of Moscow while on a routine training mission with two pilots on board. According to reports both pilots ejected and were recovered alive by a Mi-8 search and rescue helicopter shortly after the crash.

While such crashes during training missions do occur, Russian state media announced that the Sukhoi Su-30, a twin-engine, supermaneuverable fighter aircraft, may have been accidently hit by another aircraft during drills. What type of aircraft may have been involved isn’t known at this point.

The Su-30 crashed in a forest area, and a commission from the Western Military District had been deployed to the crash site and will make their findings known at a later date.

The multirole fourth-plus-plus-generation fighter jet, which was developed from the Su-27 Flanker, was designed for use in all-weather conditions, and for air-to-air and air-to-surface missions. It has generally been seen as a reliable aircraft, but there have been some notable crashes of the Soviet-designed fighter since it entered service in 1989.

The most notable and high profile crashed involved a Russian Su-30MK at the Paris Air Show in June 1999, while a Russian Su-30SM crashed off the coast of Syria shortly after takeoff in May 2018 killing both pilots.

The Indian-variant Su-30MKI, built under license by Hindustan Aeronautics Limited (HAL), has seen seven crashes since it was introduced in 2000 and that has been a major concern for the Indian Air Force. However, the Indian military has continued to operate the aircraft and earlier this year armed the fighters with nuclear BrahMos cruise missiles.

The Su-30 has been widely exported and in addition to the Indian Air Force, a special variant of the aircraft—the Sukho Su-30MKK—has been employed the Chinese People’s Liberation Army Air Force (PLAAF). In August one of the Chinese Su-30 completed a record-breaking ten-hour armed patrol mission in the South China Sea, which set a new benchmark in long-range strike missions for the PLAAF.

Other nations including Algeria, Belarus, Indonesia, Malaysia, Uganda, Venezuela and Vietnam operate the Su-30. However, not all of the customers have been happy either—and some critics in Belarus have suggested that the nation would have been better off buying U.S. F-16s instead of the Russian-made aircraft to replace its aging MiG-29 fighter jets. Capabilities as well as cost have been noted, and a Belarussian news site suggested that the Russian jets will prove far more expensive to operate.

One nation that has sought to buy the Su-30 is Iran, which continues to operate American-made Cold War aircraft including the F-14s, F-5s and F-4s—all dating back to the 1970s—along with some vintage MiG-29s. Tehran had reportedly sought to buy more modern aircraft, including the MiG-31, in 1990 but the Soviet Union collapsed before the deal was conducted.

In recent years Iran has continued its quest to buy the Su-27 and Su-30, but United Nations Resolution 2231 has kept Tehran from closing any deals. Perhaps the recent crash will deter the Islamic Republic’s interest in the fighter just a bit.

Peter Suciu is a Michigan-based writer who has contributed to more than four dozen magazines, newspapers and websites. He is the author of several books on military headgear including A Gallery of Military Headdress, which is available on Amazon.com. This article first appeared last year and is being republished due to reader interest.​