400: Too many fonts requested for Internet Explorer 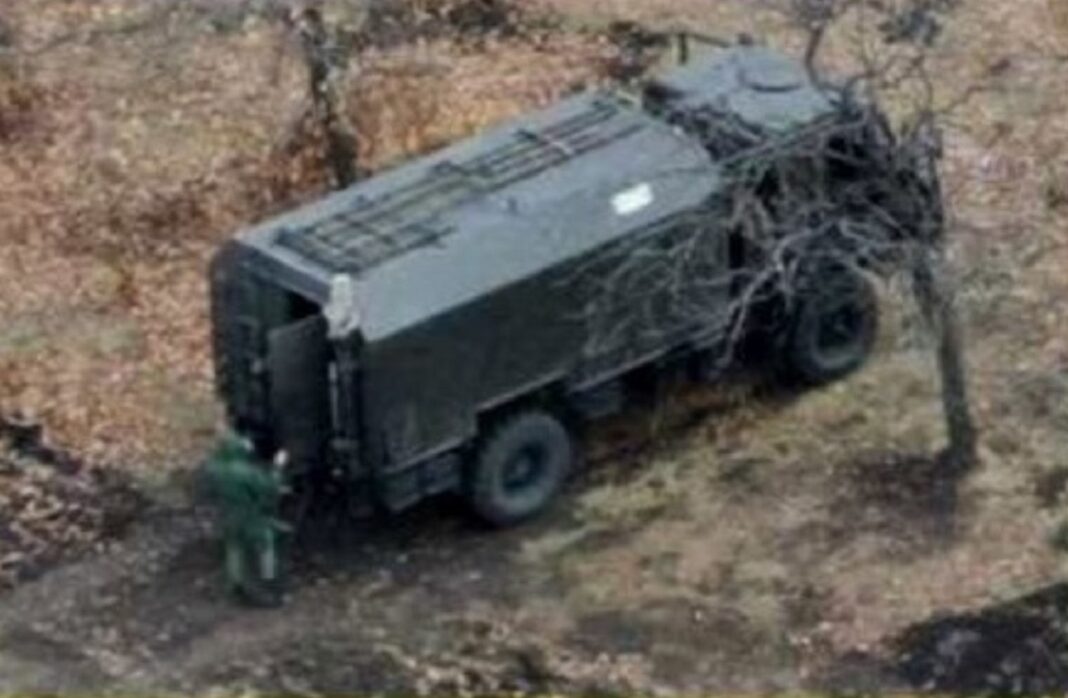 The OSCE Special Monitoring Mission (SMM) to Ukraine has reported that it had spotted a modern Russian Navodchik-2 ground drone control station for unmanned aerial vehicles in Ukraine.

For the first time, Navodchik-2 ground control station and three boxes assessed as used for storing and transporting unmanned aerial vehicle (UAV) were spotted at an airfield near non-government-controlled Luhansk city by SMM mini drone on 8 November.

Earlier, Ukrainian officials said that the continuing Russian aggression against Ukraine and support of terrorist groups in the Donetsk and Luhansk regions is a crude violation of the fundamentals of international peace and security.

Informnapalm.org reported that the new Russian system is designed to perform reconnaissance and special tasks, in particular, to provide targeting coordinates for barrel artillery and multiple rocket launch systems (MLRS) on the battalion level. Navodchik-2 includes seven UAV of the Granat family of various modifications with ranges of 10, 15, 25 and 100 km.

According to Russian news agency Tass, the new Navodchik-2 ground control station was introduced to the Russian Army service in 2014.

On top of that, according to multiple reports, these ground control stations were also sent to Russia’s 102nd military base stationed in the town of Gyumri in Armenia. 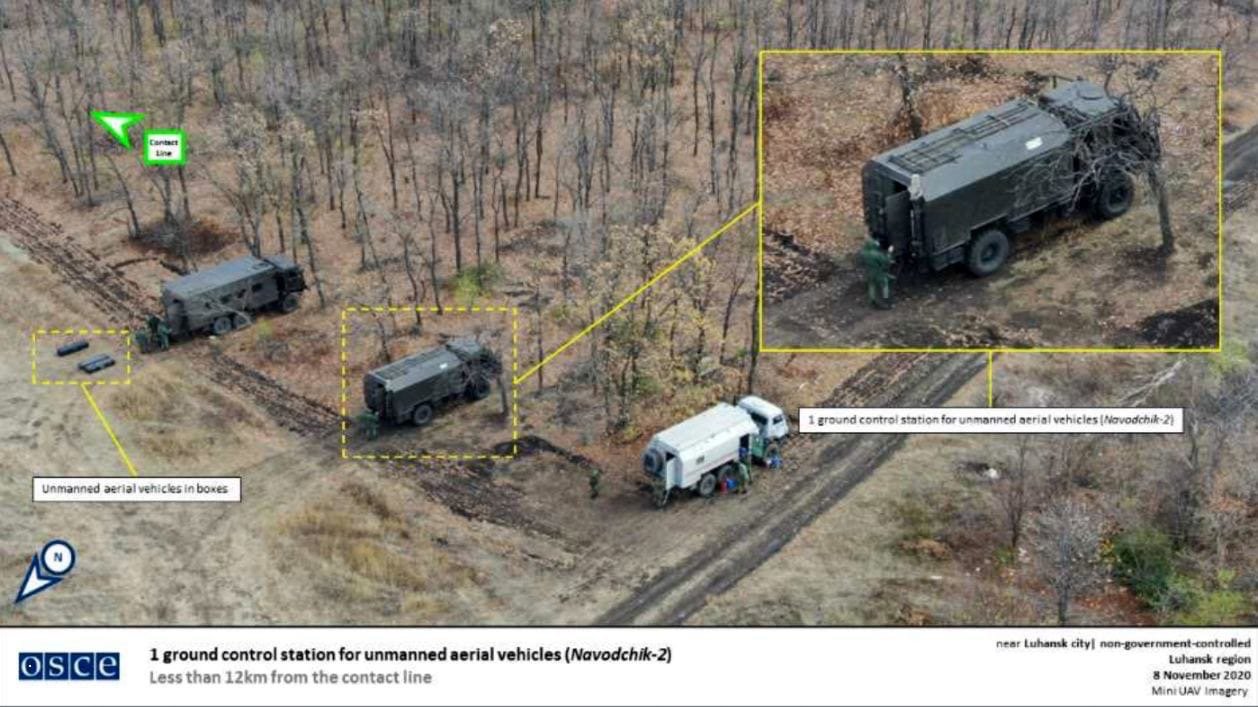 If you wish to report grammatical or factual errors within our news articles, you can let us know by using the online feedback form.

If you would like to show your support for what we are doing, here’s where to do it: patreon.com/defenceblog