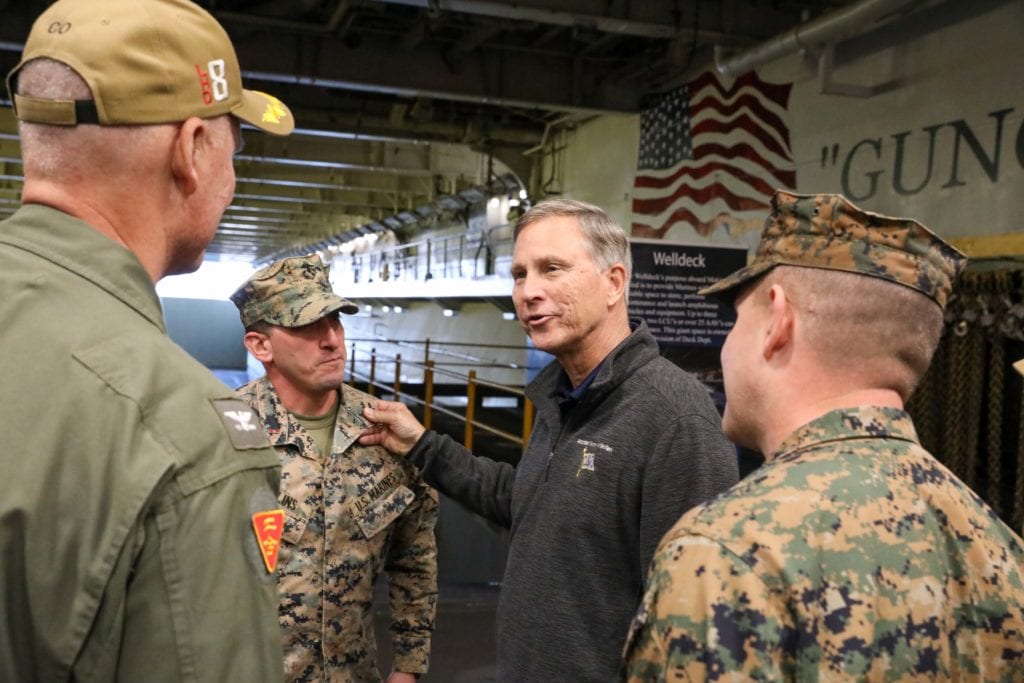 WASHINGTON — Gregory J. Slavonic was select­ed by the pres­i­dent as acting under­sec­re­tary of the Navy on June 22, the Navy secretary’s public affairs office said in a release.

Slavonic has been serv­ing as the 18th assis­tant sec­re­tary of the Navy for man­pow­er and reserve affairs since June 2018.

“I’ve had the oppor­tu­ni­ty to work with Greg Slavonic for a number of years and value his lead­er­ship abil­i­ties, fore­sight and friend­ship,” Navy Secretary Kenneth J. Braithwaite said. “I look for­ward to the inno­va­tion and inspi­ra­tion he will con­tin­ue to bring to the Department of the Navy in his new posi­tion.”

As the acting under­sec­re­tary of the Navy, Slavonic serves as the deputy and prin­ci­pal assis­tant to Braithwaite as well as chief oper­at­ing offi­cer and chief man­age­ment offi­cer for the Department of the Navy.

“Over the past two years, I’ve been very for­tu­nate to work with a great team of Sailors, Marines and civil­ians to make advances and improve­ments in man­pow­er and reserve com­po­nent affairs for the [depart­ment],” Slavonic said. “I am hon­ored to have been select­ed to this new posi­tion, being able to do a job that I love, engag­ing with a broad­er scope of issues and per­son­nel.”

The major­i­ty of Slavonic’s pro­fes­sion­al life has been in ser­vice to the Department of the Navy, both in uni­form and out. He enlist­ed as a seaman recruit and retired after a dis­tin­guished mil­i­tary career at the rank of rear admi­ral in the Navy Reserve.

During his time as a ser­vice member, he held four com­mand assign­ments, served in combat deploy­ments to Vietnam, Operations Desert Shield/Desert Storm and Operation Iraqi Freedom. His final assign­ment was as the Navy’s sixth spe­cial assis­tant to the chief of infor­ma­tion and direc­tor of the Navy Reserve Public Affairs Program.

The sec­re­tary also served as the co-chair for the design and build­ing of the USS Oklahoma Memorial at Pearl Harbor to remem­ber the 429 Sailors and Marines who served aboard the bat­tle­ship and lost their lives on Dec. 7, 1941.

Prior to serv­ing as ASN (RA), Slavonic served as chief of staff for U.S. Sen. James Lankford (R‑Okla.), and was Lankford’s last chief when he was a member of the U.S. House of Representatives.

For the past 40 years, Slavonic has held var­i­ous civil­ian senior level posi­tions in the com­mu­ni­ca­tions indus­try and held posi­tions with broad­cast­ing and print orga­ni­za­tions.