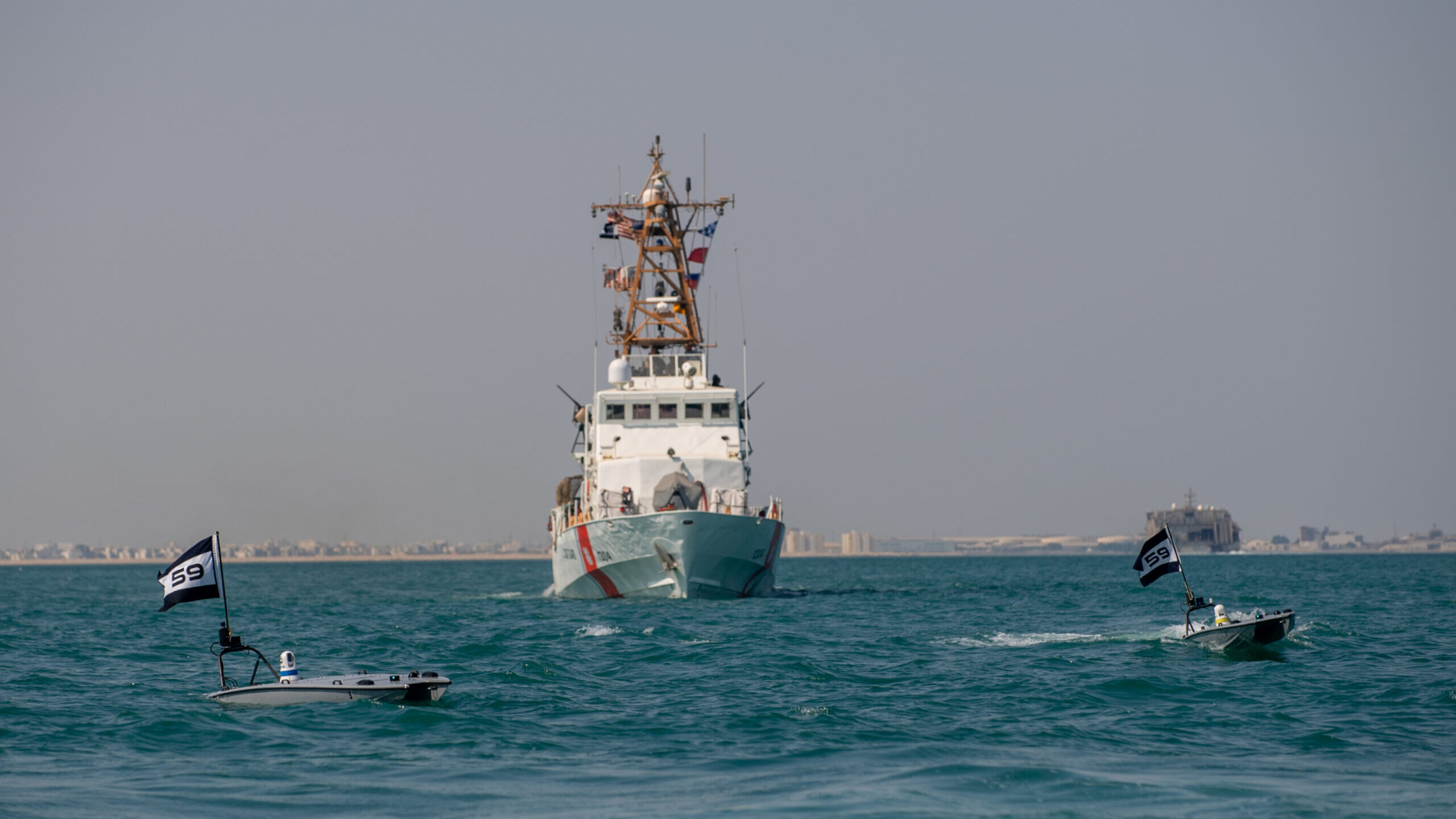 Task Force 59 is a new entity established by US 5th Fleet in Bahrain in September and is focused on increasing sailors’ usage of aerial, surface and subsurface unmanned systems, the group’s top officers told reporters at the time. US 5th Fleet’s area of responsibility includes the Arabian Gulf, Gulf of Oman, Red Sea and parts of the Indian Ocean.

MANTAS T-12 is an unmanned surface vessel, designed by Maritime Tactical Systems, capable of operating fully or semi-autonomously in waters up to sea state 7, or in waves up to 20 or 30 feet. (Sea states are a universally recognized description of the ocean’s surface with sea state 1 representing calm waters and sea state 9 indicating waves up to 50 feet high.)

The exercise, dubbed New Horizon, was also the first time the US Navy’s regional forces operated unmanned assets alongside partner nations, according to the statement.

“Bahrain, as our first regional partner to collaborate with Task Force 59 during an at-sea exercise, demonstrates the strengthening of our strategic relationship,” said Vice Adm. Brad Cooper, commander of US 5th Fleet.

The exercise, which took place on Oct. 20 and Oct. 26, included personnel aboard the patrol craft Firebolt (PC-10) maneuvering nearby high-speed USVs in formation. The demonstrations included units from US Naval Forces Central Command, the Royal Bahrain Naval Force and Bahrain Coast Guard as well as US aerial assets.

“This is a significant milestone for our new task force as we accelerate the integration of unmanned systems and artificial intelligence into complex, cross-domain operations at sea,” Capt. Michael Brasseur, commander of Task Force 59, said in a written statement. “Real-world evaluation is essential.”

The task force in US 5th Fleet is part of the Navy’s wider efforts to organize and streamline its unmanned capabilities as part of the chief of naval operation’s service-wide unmanned task force. Also contributing to those efforts is a Navy-sponsored “Hack The Machine” event focused on unmanned technologies planned for November.

Hack The Machine Unmanned “is the first in a series of public-facing technology challenges designed to accelerate the U.S. Navy’s Unmanned Task Force. This challenge will forge a community of partnership between the Navy, industry and academia for the creation of new high-end unmanned vehicle capabilities,” according to the event’s website.