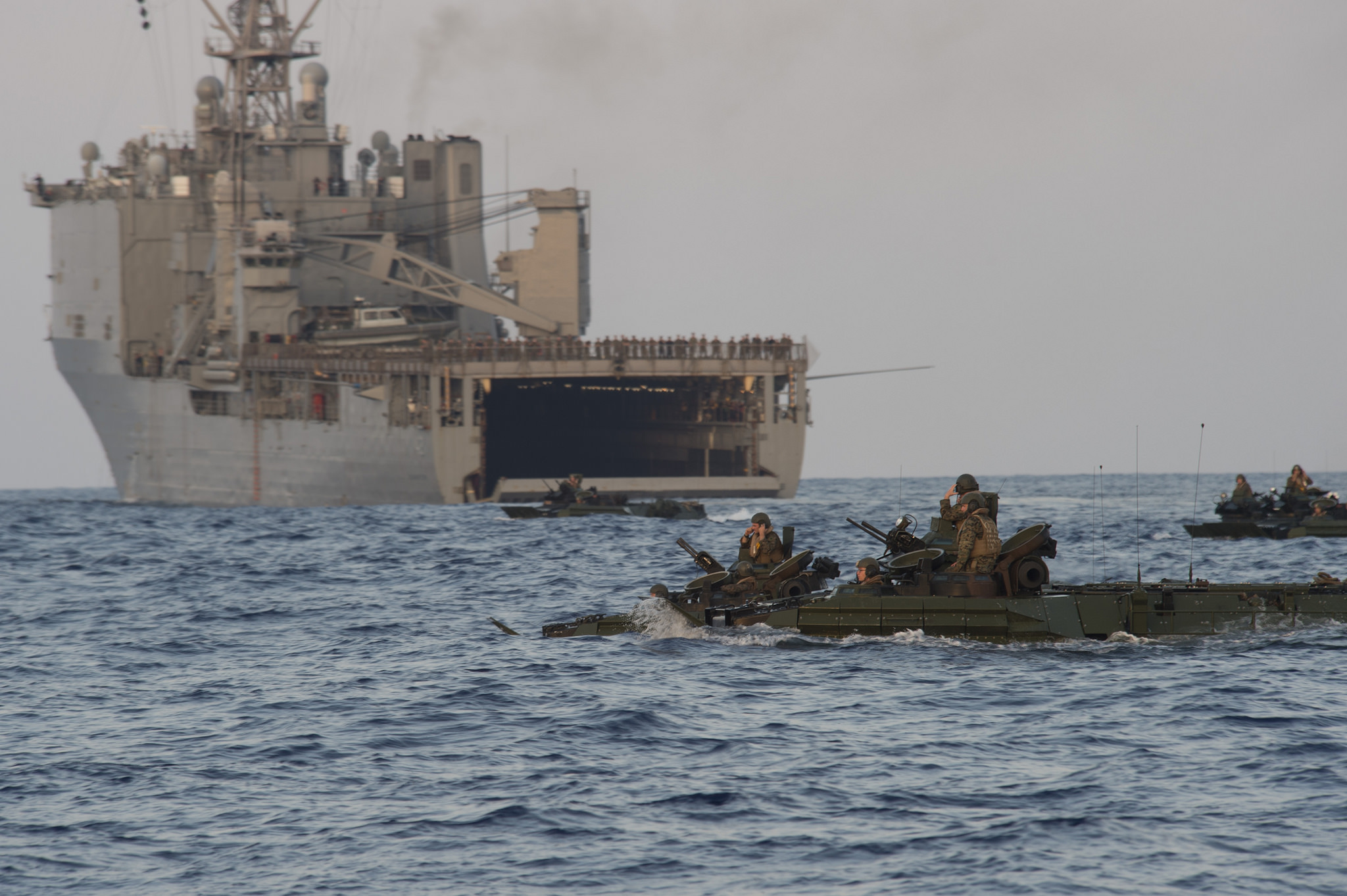 WASHINGTON: The Marine Corps is moving quick­ly to devel­op a new kind of infantry unit to chal­lenge Chinese claims on small islands in the Pacific, while the Navy is devel­op­ing new and small­er ships to move and supply them once they deploy.

The new Littoral Regiments won’t be fully fleshed out for sev­er­al years, but Marine Corps lead­ers said today they will be bol­stered by logis­tics and air defense bat­tal­ions once they’re ready to go.

The Corps is wargam­ing “what assets would we be able to place in that battle space that are very low sig­na­ture and that give us the fire­pow­er that we need to be a rel­e­vant force that pro­vides con­se­quences, should we get past the deter­rence phase,”  Maj. Gen. Kevin Iiams, assis­tant deputy com­man­dant of Combat Development, told reporters at the vir­tu­al Modern Day Marine event today.

The Corps envi­sions three new reg­i­ments, with two based in Japan and one in Guam.

Plans call for the reg­i­ment to under­go wargames and exper­i­men­ta­tion for about three years until a unit is fleshed out and ready to actu­al­ly deploy.

The units are part of the Corps’ effort to move toward build­ing a fast-moving, hard to detect “inside force” that can oper­ate within range of Chinese and Russian weapons ranges while pack­ing a potent offen­sive punch.

Over the summer, the Navy met with shipbuilders to talk about plans for a new class of logis­tics ship that can oper­ate under fire and resup­ply Marines deep within the range of enemy pre­ci­sion weapons. The Next Generation Medium Logistics Ship would resup­ply both ships at sea, as well as small, ad hoc bases ashore.

There is also the Light Amphibious Warship, or LAW, which the Navy is work­ing to define, which will be able to carry Marines as well as fuel and sup­plies — but also have the capa­bil­i­ty to share infor­ma­tion with other parts of the fleet hun­dreds of miles away. “I see these LAWs as part of Marine orga­ni­za­tions,” Marine Maj. Gen. Tracy King said last month, adding, “and those larger Marine orga­ni­za­tions being part of an Expeditionary Strike Group — that’s a little bit new. We’re evolv­ing not only the stuff that we’re acquir­ing, but the way in which we’re going to use it and the way in which we’re going to fight it.”

The Navy and Marines even­tu­al­ly hope to build over twenty LAWs, if the designs and cost per ship works out.