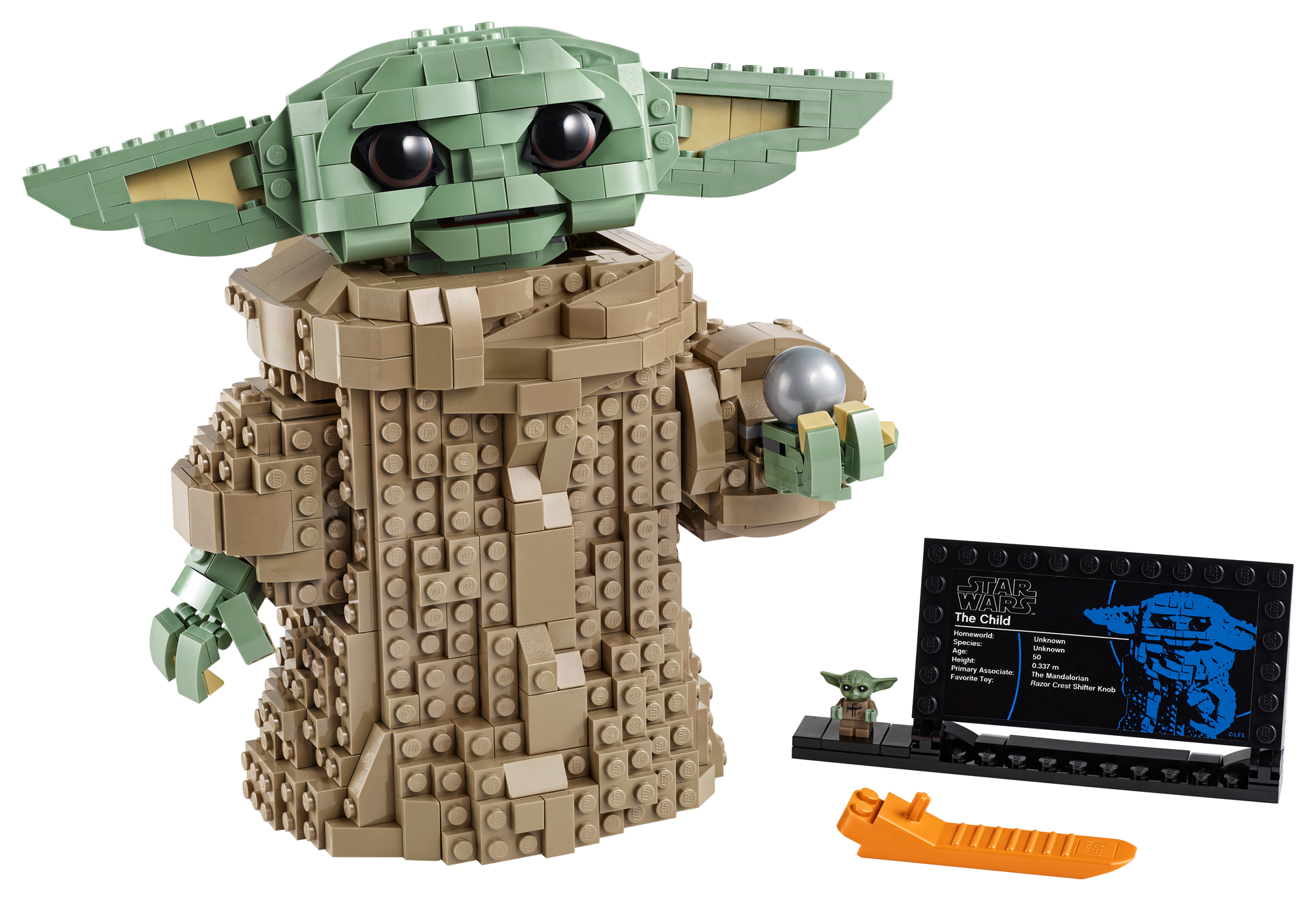 Fans of "Star Wars" and Lego will soon be able to build the famous Baby Yoda from the TV series “The Mandalorian.”

The adorable  set, called The Child, will debut on Oct. 30. It is available now for pre-order on the Lego website and retails for $79.99.

“When I received the chal­lenge to create a Lego brick-built ver­sion of the Child, I knew that I had to get it just right,” Michael Lee Stockwell, design man­ag­er of Lego Star Wars, said in a state­ment.

“The goal was to cap­ture the charm, and above all, the cute­ness of the char­ac­ter, so we worked metic­u­lous­ly, choos­ing and plac­ing each and every brick. We even includ­ed authen­tic details like the gear­stick knob — a favorite toy of the Child, as seen in the series,” Stockwell said.

The set includes 1,073 pieces and is rec­om­mend­ed for builders that are at least 10 years of age. The assem­bled Baby Yoda will stand rough­ly 7.8 inches (20 cen­time­ters) tall and includes a pos­able head, ears that move and an adjustable mouth, allow­ing you to pick your favorite expres­sions.

The new set will launch on the same day as the pre­miere of Season 2 of "The Mandalorian" on Disney Plus, Oct. 30. The series is set five years after the events of “The Return of the Jedi” (1983) and fol­lows the adven­ture of bounty hunter Din Djarin and “The Child.” Previews of Season 2 appear to show that Baby Yoda will make a return to our screens.

Lego The Mandalorian & the…