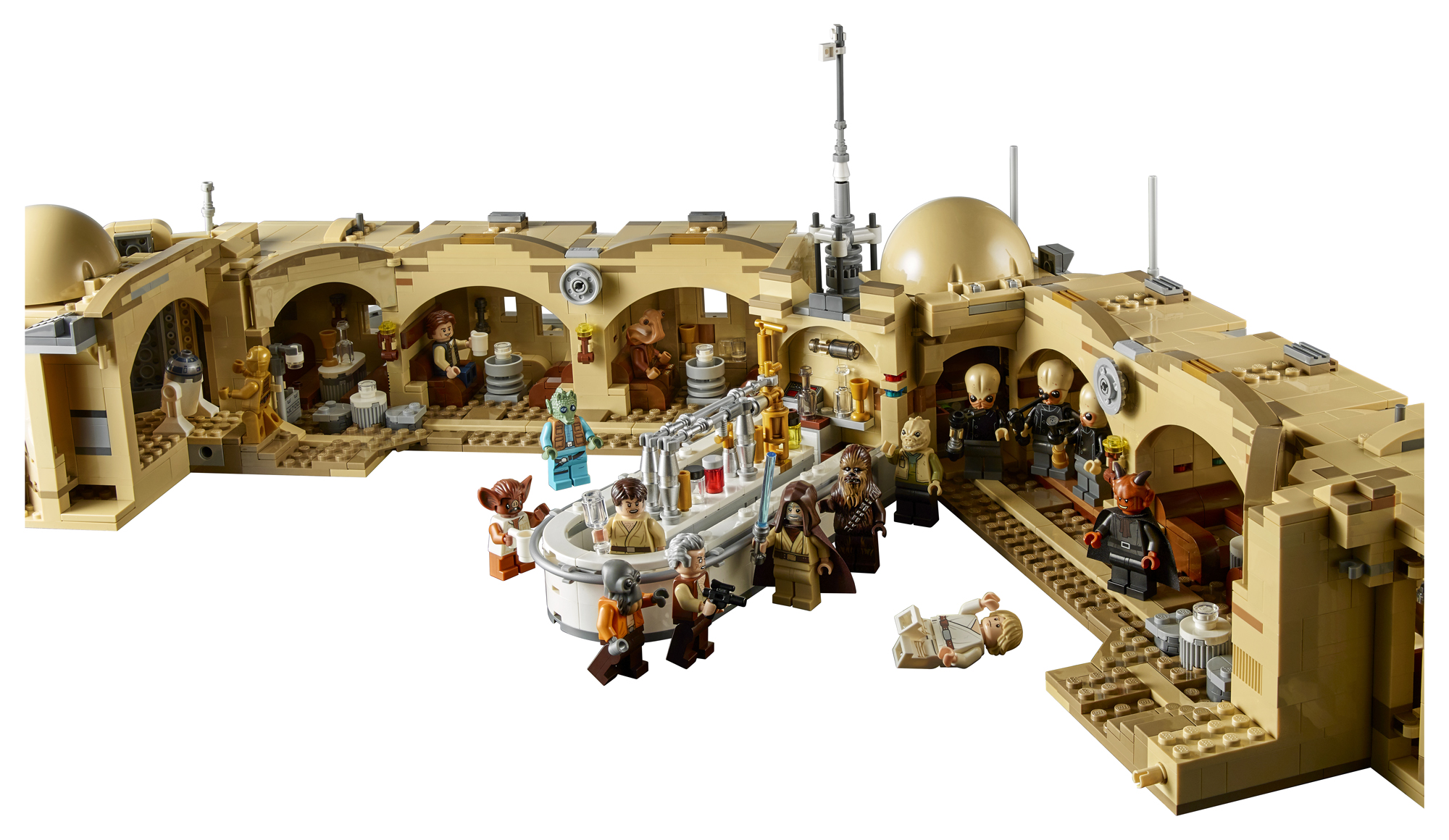 The seedy Mos Eisley Cantina is home to some of the most iconic moments in the first “Star Wars” film, and soon you’ll be able to recreate them on your own in Lego form.

Coming on Sept. 16 for Lego VIP fans and Oct. 1 for everyone else, the new Mos Eisley Cantina set is available for pre-order on the Lego website and online stores worldwide. It sells for $349.99 USD and comes with an incredible 21 minifigures with names you’ll recognize —  Luke Skywalker, Greedo, C-3PO, a Jawa (utini!), Sandtroopers, three members of the Cantina band and more. Even Ponda Baba and Dr. Evazan make an appearance.

“Bringing to life one of the Skywalker saga’s most iconic locations, the new set is sure to become an instant classic as fans immerse themselves in the famous cantina’s world of smugglers, musicians, bounty hunters and Jedi Knights,” Lego said in an announcement.

“The impressive building kit gives adult Lego fans the chance to relax and enjoy a mindful building experience as they reconnect with their passion for the original trilogy. Intrepid builders can even open up the set’s removable roof to admire its intricate details and act out their favorite ‘Star Wars: A New Hope’ scenes.”

One section of the set features the scene where Han Solo faces off with the bounty Greedo, with fatal results for Greedo.

“Han fired first,” Lego said on its website, which is true to the 1977 version of the scene. The 1997 version changed the scene to have Greedo fire first, which is a notable point of contention for fans.

The assembled set includes a few Easter Eggs for fans, including a “Wanted” poster featuring the famous R2-D2 and C-3PO droids, and a kyber crystal that hides in one of the exterior buildings. The set also includes attachable buildings, two landspeeders and a Dewback Lego “Star Wars” figure.

“I love that all Star Wars characters have cool backstories, no matter how briefly they appear,” set designer Cesar Soares said in the same Lego announcement. “It wasn’t easy to decide which characters to include in the set, but we hope fans will love the entire model and its lineup of heroes and villains.”