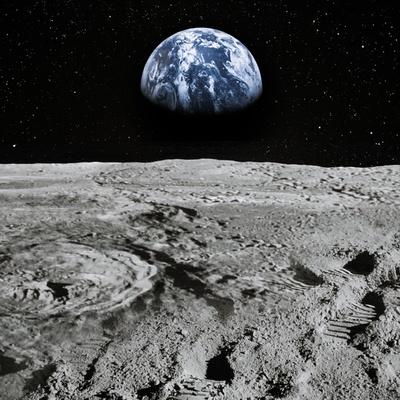 Japan is the latest nation to officially commit resources and pledge to produce necessary capabilities for NASA’s planned lunar Gateway, a moon-orbiting outpost set to provide a brief in-space home base and vital support as a key element of the Artemis program.

America’s space agency recently finalized an agreement with Japan’s government, under which the latter will supply components for the Gateway’s International Habitation module, or I-Hab, among multiple other responsibilities.

“The capabilities provided by Japan are critical to enabling the interior environment of the Gateway allowing our crews to live and work for longer durations,” Dan Hartman, Gateway program manager at NASA’s Johnson Space Center, said in the agency’s announcement.

Future Artemis missions make up an ambitious NASA-led spaceflight program that intends to land the first woman and next man on the moon by 2024, work with international and commercial partners to enable a sustainable and deeper exploration presence there by 2030—and ultimately lay the foundation to eventually send astronauts to Mars and beyond. The Gateway will play a weighty role in that work, serving as an orbital communications and research hub and astronaut rendezvous point, as well as an eventual staging point for deep space exploration.

It’ll be roughly one-sixth the size of the International Space Station.

Specifically, the Japan Aerospace Exploration Agency, or JAXA, will contribute batteries, an environmental control and life support system, thermal control, and more for the I-Hab, or the module that NASA said will “provide the heart of Gateway life support capabilities and additional space where crew will live, work, and conduct research during Artemis missions.” Via the partnership, NASA also expressed intent to offer crew opportunities for Japanese astronauts to the Gateway, which it noted “will be determined following additional discussions, and documented in a future arrangement.” Japan’s space agency will also provide batteries for the Gateway’s Habitation and Logistics Outpost, or HALO, another element that’s presently being produced by Northrop Grumman—and is also looking into boosting its HTV-X cargo resupply spacecraft for possible, future Gateway-supporting use.

The latest vow follows another—the Joint Exploration Declaration of Intent—NASA and Japan signed in 2020, articulating aims to cooperate in coming space pursuits. In October of last year, NASA also penned an agreement with the European Space Agency, which as a core partner pledged to produce the I-Hab and other crucial elements, including a refueling module and lunar communications abilities. Not long after that, the U.S. and Canada also signed a firm agreement of their own to collaborate on the Gateway, with a large focus on robotics.

“Strengthening our international partnerships and commitments to Artemis puts humanity on a solid path to achieve our common goals of sustainable lunar exploration by the end of this decade,” NASA Administrator Jim Bridenstine said.

A formal Gateway-enabling partnership pledge has yet to be made by America’s other ISS partner: Russia. However, NASA’s freshest agreement with Japan does not completely rule out the possibility, listing a potential contribution from Russia for the Gateway, down the line.