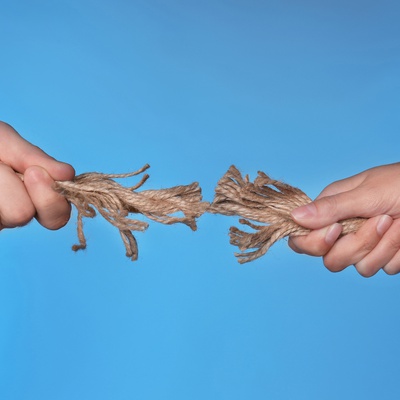 It may seem counterintuitive, but if we want high-performing federal programs, we need to look to their state, city and county partners. That’s because many federal programs are implemented at the state and local levels. It’s why it’s so important for the federal government—from the White House Office of Management and Budget to departments and agencies—to create relationships with their state and local counterparts that emphasize collaboration, problem solving, innovation and continuous improvement.

So how’s that going? To help answer that question, recently we hosted a National Academy of Public Administration-sponsored panel of state and local officials who previously worked at OMB. It included two state budget directors, a county manager and a senior fiscal analyst for a state legislature. Their views confirmed what we’ve heard from other state and local officials: The federal-state-local relationship needs significant improvement.

The panelists emphasized that if we want to improve the outcomes achieved with federal dollars, we need to overcome several important problems, including:

Those problems didn’t start in the current administration. Over the decades, federal officials have often seen changes in policy as the main lever to improve outcomes rather than focusing on how to improve program implementation. However, several panelists emphasized that the government’s response to the COVID-19 pandemic has taken frustration by state and local public managers to new levels.

With a presidential election just ahead, it’s useful to consider what steps a Biden administration or a second term of a Trump administration could take to create a more results-focused federal-state-local relationship. We’d like to offer two recommendations.

First, the White House should create a working group, led by OMB, with bipartisan members from state and local governments, as well as representatives of federal agencies. It would be a forum to identify and diagnose specific challenges faced by states and localities, such as those mentioned above, and develop recommendations to address them. The working group could start with one policy area, such as improving economic mobility for disadvantaged Americans, and expand from there.

These conversations could lay a foundation for high-impact reforms that might include:

Second, OMB, the Office of Personnel Management, other federal agencies, and state and local governments should create new professional-development opportunities to strengthen intergovernmental collaboration. These could include personnel exchange programs that would enable senior federal, state and local staff to serve at other levels of government temporarily, or perhaps joint workshops that bring staff at different governmental levels together to problem-solve around shared priorities.

A new presidential term will be a valuable opportunity to rethink outdated approaches that stymie innovation and constructive collaboration across federal, state and local governments. Building on our recommendations, federal agencies would focus less on tracking whether states and localities are complying with rules and reporting requirements and more on enabling jurisdictions to better use federal resources to meet the needs of their communities. It will take more listening to states and localities to understand their challenges, more flexibility and tools to innovate, and more accountability for outcomes rather than process.

Andrew Feldman is a director in the public sector practice at Grant Thornton and also hosts the Gov Innovator podcast. He served as a special adviser on the evidence team at the White House Office of Management and Budget in the Obama administration.

Kathy Stack is an independent consultant. She served for more than three decades in the federal government, including 28 years at the White House Office of Management and Budget.