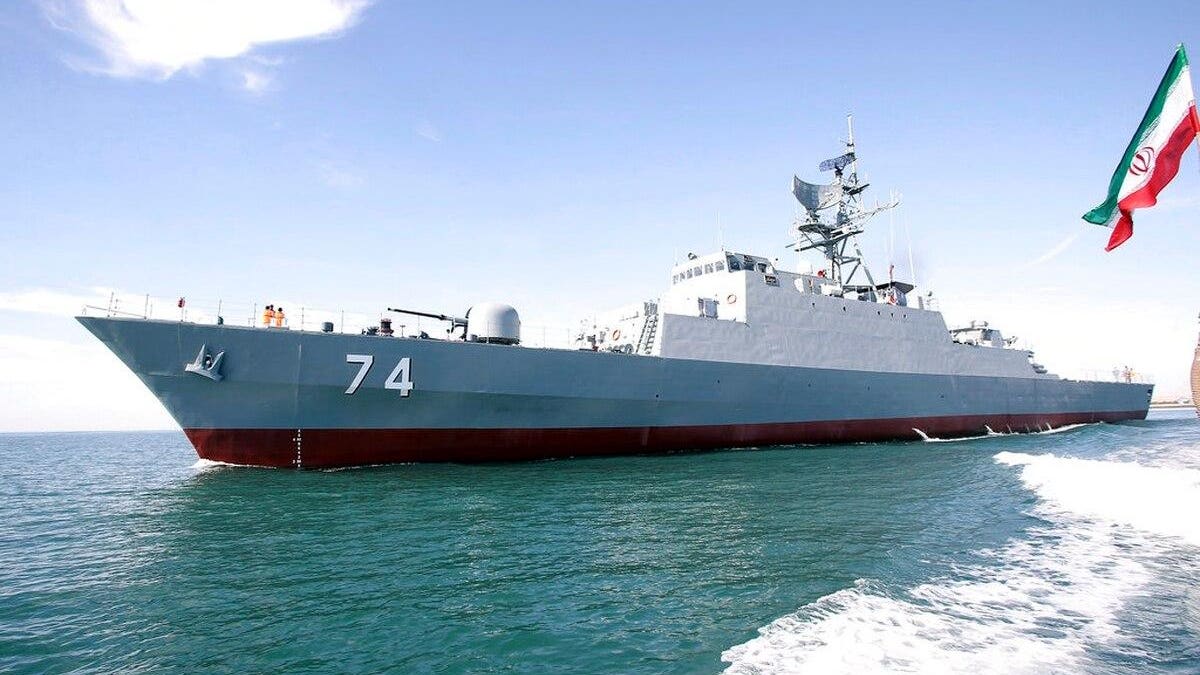 Iran is once again setting its sights on a naval presence in the Indian Ocean. This isn’t the first time Tehran has stated such ambitions.

The head of Iran’s paramilitary Islamic Revolutionary Guard Corps Navy (IRGCN), Alireza Tangsiri, recently announced that the IRGCN will build a permanent base in the Indian Ocean by March 2021.

The IRGCN is separate from Iran’s conventional navy. Unlike that navy it primarily uses small speedboats and practices asymmetrical warfare tactics. The IRGCN focuses on patrolling Iranian waters in the Persian Gulf. The regular navy’s larger ships often operate outside of the Strait of Hormuz in the Arabian Sea and the Red Sea. 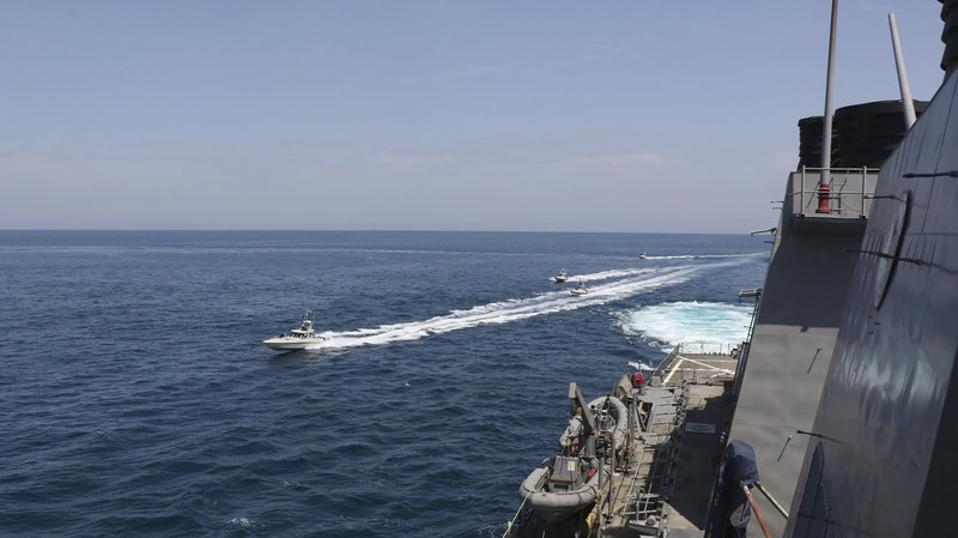 In April, U.S. President Donald Trump announced that he had instructed the U.S. Navy to destroy any Iranian boats which “harass” U.S. warships shortly after one such incident.

As a result of the dramatic rise in oil prices during the 1973 oil crisis, Iran, then under the rule of its last Shah Mohammad Reza Pahlavi, experienced an unprecedented economic boom almost overnight. The Iranian monarch could finally begin realizing his ambitious dreams of making Iran a prosperous and powerful country that could militarily extent itself far beyond the waters of the Persian Gulf.

Under the Nixon Doctrine, the U.S. encouraged Iran to become the predominant military power in the Persian Gulf. The Shah purchased British-built frigates and a large hovercraft fleet.

Iran’s Navy quickly became the most powerful in the Gulf by far.

The Shah, however, wasn’t content with simply restricting his naval power to the immediate Gulf region. He also wanted Iranian warships to play a significant role in the Indian Ocean.

According to a 1974 telegram from the U.S. embassy in Tehran to the State Department, the Shah sought to use Iran’s “new economic leverage to enhance his long-term political and strategic objectives.”

One of those objectives was “assuring dominant political and military role for Iran in the Persian Gulf and eventually effective influence in Indian Ocean affairs.”

The Shah also told Vice President Nelson Rockefeller in 1976 that, “My policy is honest and straightforward and I have no hidden agenda. I say quite openly that I wish Iran to play a role in the Indian Ocean. I have no objection to America being present; indeed I shall actively defend your interests.”

The Shah’s Iran also discussed projecting its naval power into the Indian Ocean with Australia and South Africa around the same time.

The Iranian Revolution of 1979 that deposed the Shah and the Iran-Iraq War (1980-88) put such ambitions on hold for decades.

During the war, Iran’s superior navy gave it some advantages over its Iraqi opponent in the Persian Gulf. Early in the war, Iranian warships and air force jets carried out Operation Morvarid in which they successfully sank the Iraqi Navy in a single day. 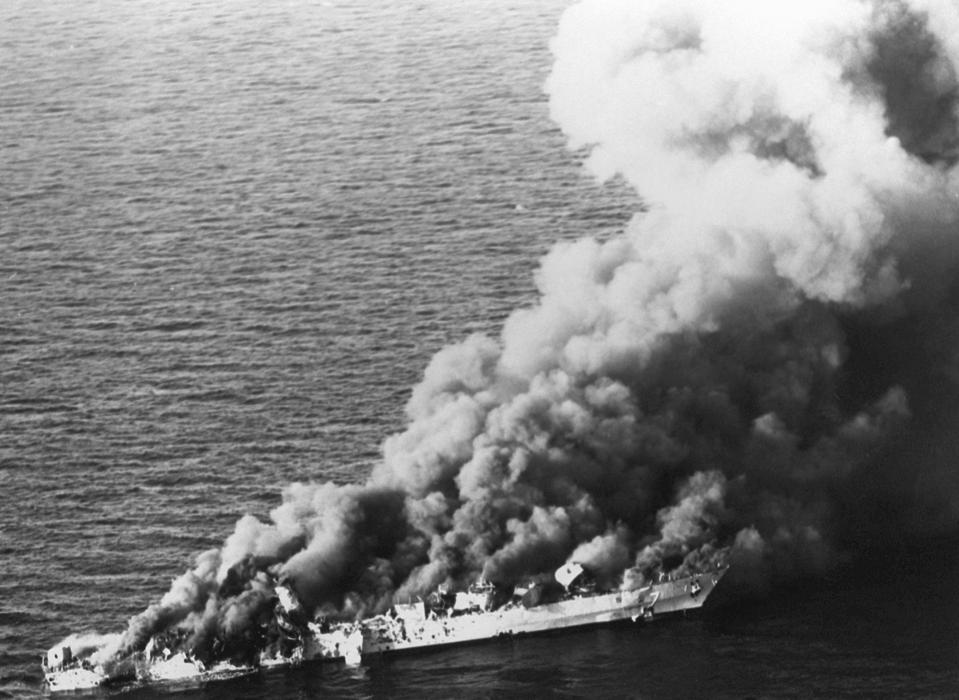 The sinking of the Iranian warship Sahand during the U.S. Navy’s Operation Praying Mantis on April … [+] 18, 1988.

In 1988, when the Iranian Navy clashed with the U.S., they were far less successful. After an Iranian mine planted in the Gulf crippled a U.S. warship, the U.S. retaliated with Operation Praying Mantis.

In that devastating operation, U.S. forces destroyed an Iranian warship, the Sahand, and crippled another, the Sabalan, in a single day, killing several Iranian sailors and conclusively proving that Iran’s navy didn’t stand a chance against the U.S.

For decades after the Iran-Iraq War, the Iranian Navy and IRGCN remained confined mainly to Iranian territorial waters, with some exceptions. After the 2011 Egyptian Revolution, Iranian warships steamed through the Suez Canal into the Mediterranean for the first time since 1979.

Throughout the 2010s, Iran declared on numerous occasions that it would send its warships across the Atlantic Ocean.

Iranian military officials invariably insist that Iran’s Navy has every right to steam up to U.S. waters since U.S. aircraft carriers often operate in international waters near Iran’s territorial boundaries.

In January 2019, Rear-Admiral Touraj Hassani, Iran’s naval deputy commander, announced that a flotilla of Iranian warships would steam around Africa – Iran’s warships are no longer allowed transit through Suez – and enter the Atlantic within five months.

The following December, Iranian military officials were still boasting that the country’s fleet enjoyed “full readiness for [a] presence in the Atlantic Ocean” but still had yet to prove it.

When Iran previously tried to demonstrate its ability to project its naval powers far from its shores, however, it inadvertently ended up demonstrating its limitations instead. 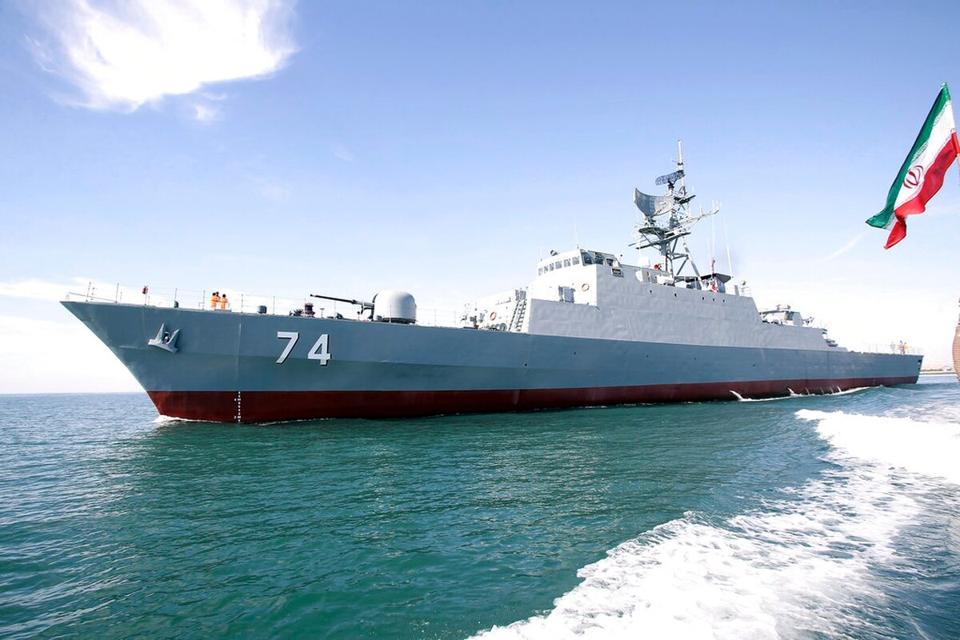 Iranian-built warship named in memory of the sunken Sahand.

In 2014, Iran declared it was sending two warships “to the United States’ maritime borders” to send Washington “a message.”

Iran sent two warships, including the restored Sabalan, as part of an attempt to steam around Africa and then across the Atlantic. Instead, the ships remained in the Indian Ocean, did not even make it to South Africa or stray far from friendly ports.

While they did intercept Somali pirates attempting to hijack a cargo ship in the Red Sea, the ships did little to nothing to demonstrate that Iran’s navy could even reach the Atlantic, much less reach U.S. maritime borders.

Similarly, in 2016, Iranian Navy Commander Rear Admiral Habibollah Sayyari announced that Iranian Navy ships had entered the Atlantic Ocean for the first time when they docked at the Port of Durban in South Africa. However, Durban is, obviously, on South Africa’s east Indian Ocean coast, meaning that Sayyari’s announcement was, at the very least, premature.

Also, those Iranian ships never did steam on to enter the Atlantic during that voyage.

Such incidents aptly demonstrate how Iran’s grand plans for extending its naval presence, then and now, beyond its shores can become severely circumscribed by reality. The IRGCN’s present plans for the Indian Ocean may well simply prove to be the latest example in this trend.