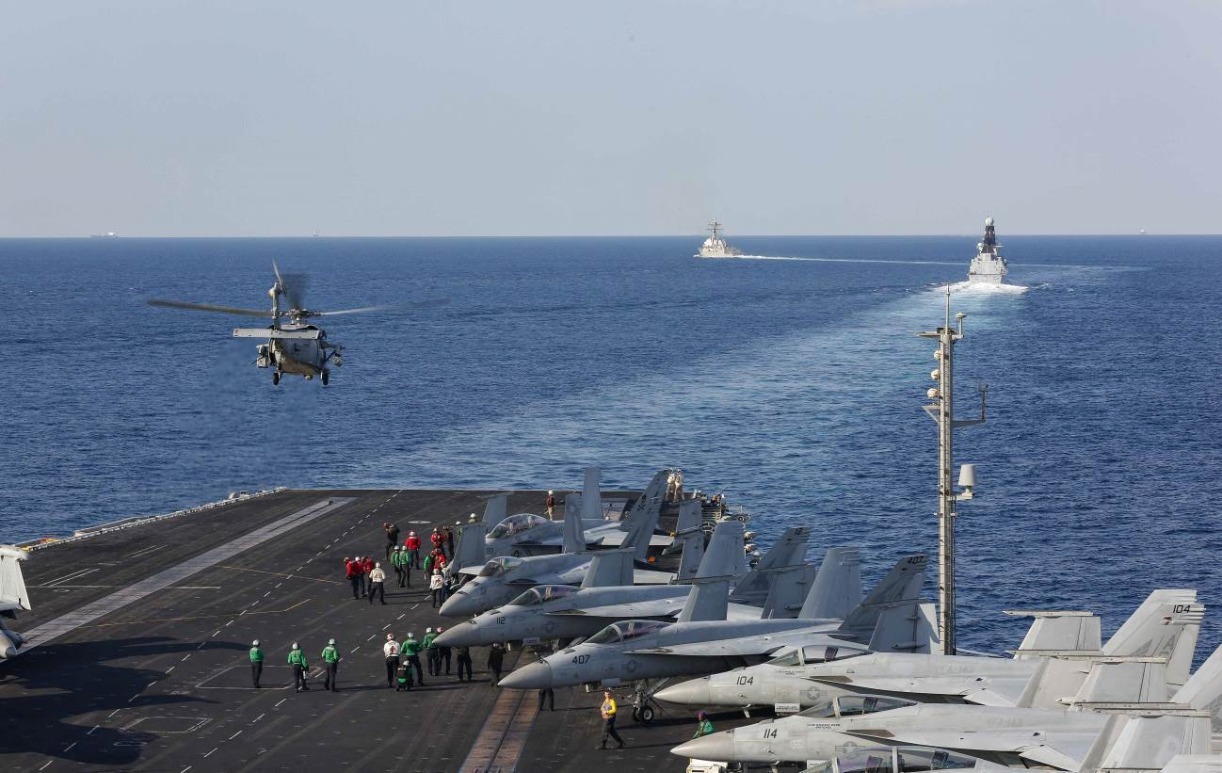 Here’s What You Need To Remember: “In the past both the U.S. and Iran have pivoted back to diplomatic solutions when tensions have become too high, suggesting that neither side wants to see the conflict escalate from hybrid warfare into a full-blown war.”

In the event of war with the United States, Iran probably could block the narrow Strait of Hormuz that connects the Persian Gulf to the Indian Ocean.

But it’s less clear that Tehran would want to close down the strait.

Slowly-increasing tension between the United States and Iran threatened to escalate into open warfare in early January 2020 after U.S. president Donald Trump ordered the killing of Maj. Gen. Qassem Soleimani, the head of Iran’s Revolutionary Guard Corps militia and one of the country’s top military leaders.

In retaliation, Iranian forces on Jan. 7, 2020 fired around 30 short-range ballistic missiles at two Iraqi bases housing American troops and diplomats. No one died in the bombardment and, in the aftermath, Trump claimed Iran “appears to be standing down.”

If war does break out, Tehran has the capability to close the Strait of Hormuz to military and commercial vessels, likely inflicting serious damage to the global economy.

At its narrowest point, the strait is just 21 miles across. “All shipping traffic from energy-rich Gulf countries converges in the strait, including crude oil and liquefied natural gas exports from Iran, Iraq, Kuwait, Bahrain, Qatar, Saudi Arabia and the United Arab Emirates,” Rockford Weitz, a Tufts University shipping expert, wrote in Navy Times.

Iran’s mines, rockets, submarines and armed speedboats could make the strait unpassable. Tehran’s arsenal “include the acquisition of thousands of sea mines, wake-homing torpedoes, hundreds of advanced cruise missiles and possibly more than 1,000 small fast-attack craft and fast inshore-attack craft,” U.S. Navy commander Daniel Dolan explained in a 2012 article in Proceedings. “The majority of these weapons are concentrated astride the vital Strait of Hormuz,”

“In recent years, this growing inventory has allowed Iran to disperse forces to more than 70 ports along its 1,300 miles of coastline,” Dolan added. “The net result is that it has created a strong and resilient A2/AD network.”

“A2/AD” in military parlance stands for “anti-access area-denial.” It’s the practice of making a span of land or ocean inaccessible to enemy forces.

“In addition to better hardware, it is wise to assume that the training and skills of Iranian forces have also improved since the late 1980s,” when the United States and Iran last fought naval skirmishes, Doland warned. “The performance of Iranian-trained and -equipped Hezbollah forces in the 2006 conflict with Israel may serve as an indicator.”

This is especially relevant because the training provided to the Hezbollah fighters was supplied by IRGC advisers and the IRGC [navy]. In 1987, the Iranian Revolution was young and still finding its direction. Since that time Iran has indoctrinated an entire generation of devoted revolutionary warriors.

The regime has inculcated this generation of youth by instituting a form of warfare known as Alavi. Military analyst Fariborz Haghshenass describes this form of warfare as “part of the new lexicon the IRGC has developed to describe its doctrine of asymmetric warfare, which emphasizes the deterrent and warfighting value of religious belief.”

Iranian military leaders define Alavi warfare as “a defensive war based on religious and national values using fighters who are psychologically prepared to fight to the death.”

Dolan advised U.S. and allied planners to at least temporarily surrender the Strait of Hormuz and instead attack Iranian targets from the safer waters of the Indian Ocean. “As elementary as it may appear, the best option for denying Iran the opportunity to attack coalition warships is to operate beyond the reach of their A2/AD weapons.”

But retreating from the strait could allow Iran to block commercial traffic and inflict major economic harm. Of course, that damage cuts both ways.

“Iran will … be wary of the impact that closing the Strait of Hormuz could have on its relations with important economic partners, such as China,” Weitz predicted. “It is estimated that 76 percent of crude oil passing through the waterway is destined for Asian markets, with China, India, Japan, South Korea and Singapore among the largest markets.”

“In the past both the U.S. and Iran have pivoted back to diplomatic solutions when tensions have become too high, suggesting that neither side wants to see the conflict escalate from hybrid warfare into a full-blown war,” Weitz wrote.

David Axe serves as Defense Editor of the National Interest. He is the author of the graphic novels  War Fix, War Is Boring and Machete Squad. This article is being republished due to reader interest.