Immigration to the U.S. Dropped an Insane 92%

Figure 1 shows the month­ly immi­grant visa issuances under the Trump admin­is­tra­tion since March 2017. As it shows, legal immi­gra­tion almost wholly stopped in April and May 2020 — after the State Department closed its con­sulates and President Trump issued a procla­ma­tion sus­pend­ing new visa issuances to most immi­grant cat­e­gories. It has recov­ered slight­ly since then, but it remains 84 per­cent below last year (which was also a down year). 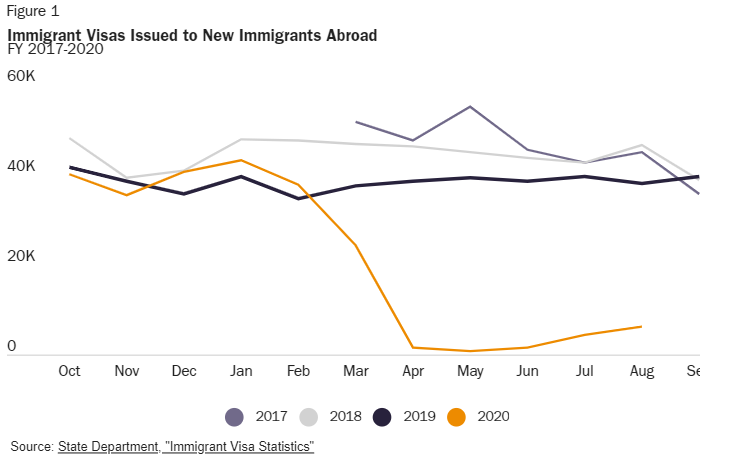 Figure 2 shows the number of new arrivals of legal per­ma­nent res­i­dents or immi­grant visas approved by year from 1820 to 2020, with the third and fourth quar­ter of FY 2020 added. The United States wit­nessed a more than 90 per­cent falloff in new immi­gra­tion from abroad during the second half of FY 2020. This brings the annu­al­ized legal immi­gra­tion rate from abroad to 0.03 per­cent of the U.S. pop­u­la­tion. This is the lowest rate of immi­gra­tion except for three years during World War II and one year during the Great Depression. 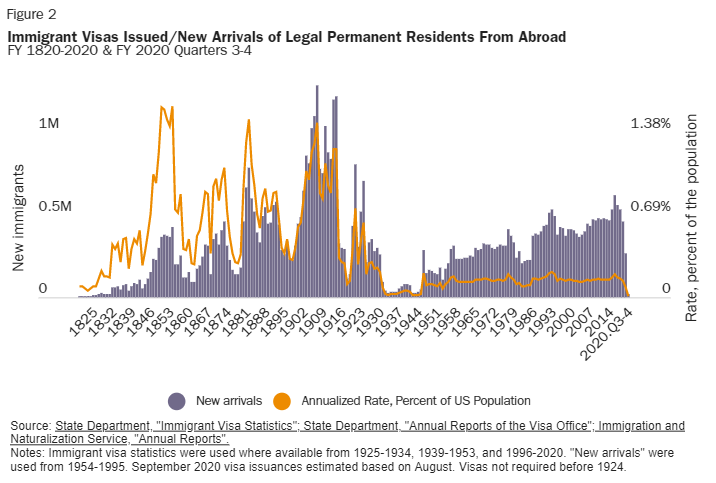 This his­toric slow­down is impor­tant for both the short-​term and long-​term eco­nom­ic growth of the United States. Fewer work­ers mean that jobs will take longer to fill and slow the eco­nom­ic recov­ery, and in coming years, fewer work­ers will sup­port more retirees. If the United States remains closed long enough, it could push world­wide pat­terns of immi­gra­tion away toward other coun­tries with more wel­com­ing poli­cies.

This arti­cle first appeared at the Cato Institute.