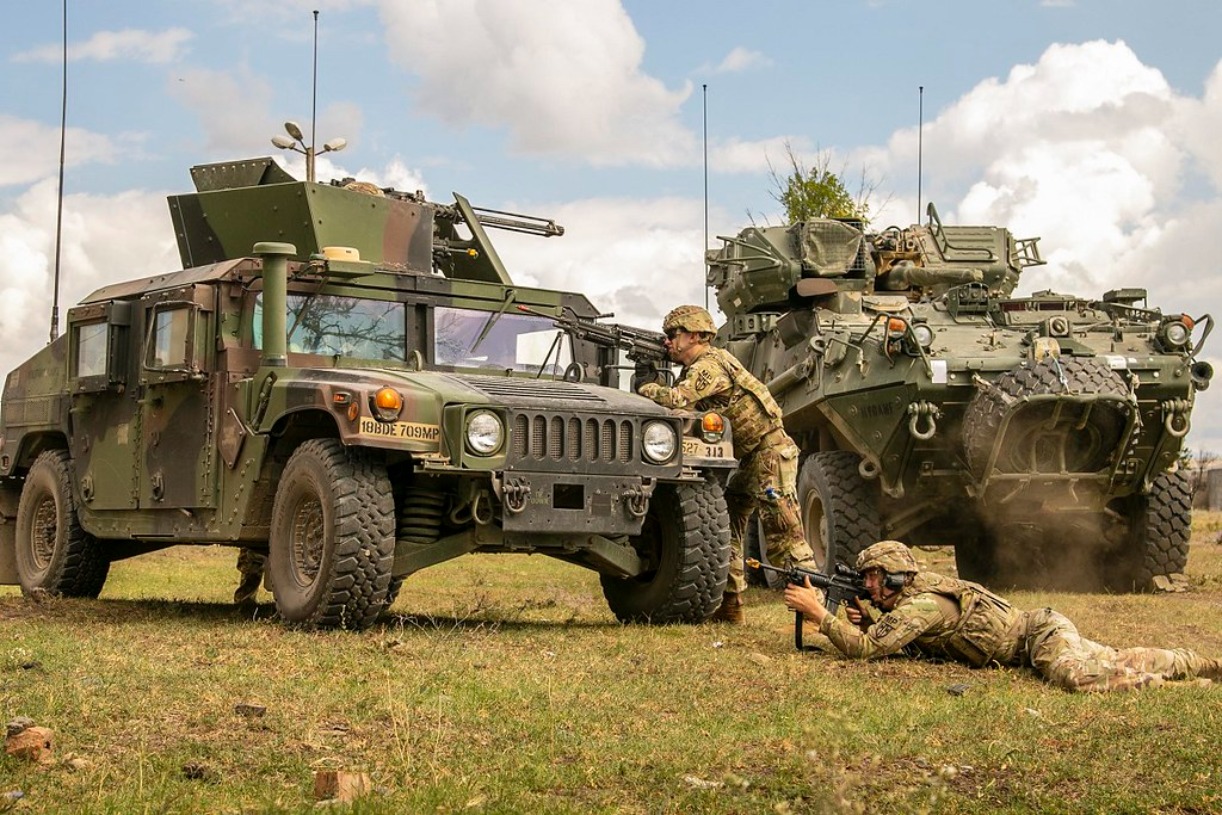 Here’s What You Need to Remember: Army leaders currently developing next-generation tanks, infantry carriers and other armored vehicles explain that counterinsurgency remains a key part of their developmental emphasis, due in part to the reality the future war is expected to be non-linear, multi-domain and by no means clearly definable.

As the threat of major, mechanized, great-power warfare continues to take center stage among Pentagon war planners and those tracking global threats, U.S. military leaders are making a point to explain that the threat of “irregular warfare” remains as serious as ever.

A new Pentagon Irregular Warfare Annex report explains that great power threats not only pose major force-on-force threat possibilities but also have a history of engaging in unconventional war tactics.

“China, Russia, and Iran are willing practitioners of campaigns of disinformation, deception, sabotage, and economic coercion, as well as proxy, guerrilla, and covert operations. This increasingly complex security environment suggests the need for a revised understanding of [information warfare] to account for its role as a component of great power competition,” an unclassified summary of the report states.

Future great-power war, the thinking maintains, will involve both major weapons platforms and large forces as well as countless unconventional or irregular dynamics.

“Our doctrine, acquisition and training for conflict is excessively focused on maintaining deterrence or winning the high-end conventional war fight, when the simple reality is that modern warfare is not nearly that clear-cut,” Ezra Cohen, the acting assistant secretary of defense for special operations and low-intensity conflict, said in the Pentagon report.

Cohen said in the report that conventional forces are greatly needed when it comes to irregular warfare as well.

“Even when special operations forces (SOF) have taken the lead in unconventional warfare, counterterrorism, and foreign internal defense missions, they are heavily enabled by conventional forces. As we shift towards great power competition, our conventional forces must not lose the ability to wage irregular war,” the report states.

Irregular warfare, the document explains, needs to remain a core competency for the entire joint force and not slip from view.

“As we seek to rebuild our own lethality in traditional warfare, our adversaries will become more likely to emphasize irregular approaches in their competitive strategies to negate our advantages and exploit our disadvantages,” the report states.

The report underscores the crucial reality that, despite the persistent and seemingly ubiquitous US military focus on the possibility of near-peer, major power warfare against sophisticated adversaries, the Pentagon has no plans to relinquish a need to prepare for how information warfare pertains to major-power warfare alongside of course is relevant to terrorism and other asymmetric threats.

Also, cyber, electronic warfare and drone threats continue to advance at an alarming pace, a phenomenon that informs strategy when it comes to guarding U.S. embassies, installations, forward-positioned military assets and forward operating bases. Given this, information warfare and counterinsurgency tactics are needed just as much for major power engagements, as advancing troops will need to be protected.

Army leaders currently developing next-generation tanks, infantry carriers and other armored vehicles explain that counterinsurgency remains a key part of their developmental emphasis, due in part to the reality the future war is expected to be non-linear, multi-domain and by no means clearly definable.

Kris Osborn is the defense editor for the National Interest. Osborn previously served at the Pentagon as a Highly Qualified Expert with the Office of the Assistant Secretary of the Army—Acquisition, Logistics & Technology. Osborn has also worked as an anchor and on-air military specialist at national TV networks. He has appeared as a guest military expert on Fox News, MSNBC, The Military Channel, and The History Channel. He also has a Masters Degree in Comparative Literature from Columbia University. This article first appeared last year and is being republished due to reader interest.