Ghost Town Provides High-Tech Testing for AFRL and Others

In a dusty ghost town in southern New Mexico, the Air Force Research Laboratory (AFRL) is conducting some of its most important testing.

Located in Hidalgo County, Playas was once a bustling “corporate town” built by the Phelps Dodge Corporation to house the workforce of a copper smelter built in 1971. The boom town was all but abandoned when copper prices fell in 1999, the smelter was closed, and most of its residents fled for better opportunities elsewhere.

In 2005, when New Mexico Technical and Mining Institute (NMT) was looking for a realistic environment for its collaborators to perform training for first responders and counter-terrorism programs, they happened upon the town of Playas, purchased it for the sum of $5 million, and the Playas Research and Training Center (PRTC) was born.

Today, the Playas range provides a complete suburban setting in a 640 acre townsite with a full range of facilities.

The PRTC mission statement outlines the purpose of the facility as, “serving government and industry clients, nationally and internationally, that require controlled environment, reality-based testing and training venues in any aspect of physical security.”

“The overall objective of AFRL’s recently field-tested program is to develop and demonstrate innovative concepts and prototypes for systems supplying positioning, navigation and timing (PNT) data for military and civilian users,” said Maj.

Joseph Cardoza, a researcher at the lab. “These PNT systems could augment and enhance the performance and resiliency of current, trusted systems (such as GPS), or they could provide PNT data when current systems are unavailable.”

“Playas is an excellent place for us to conduct training when a more remote, controlled environment is required, and partnering with New Mexico Tech makes that possible for us, and for a number of other government agencies.”

According to Richard Miller, the Director of PRTC, the majority of activity at PRTC is currently funded by the U.S. Departments of Homeland Security (DHS) and Defense, although many state, local, tribal, and territorial law enforcement agencies are benefactors of the training and research conducted.

“PRTC contributes to the local economies of Hidalgo and Luna Counties by providing employment opportunities and to the greatest extent possible, we purchase goods and services required to operate the facility from local vendors,” Miller said.

“As a partner to these agencies, we are proud to see them carry out important national security missions, and our unique facilities help make that possible,” Miller said.

The latest in Military Technology for the 21st century at SpaceWar.com 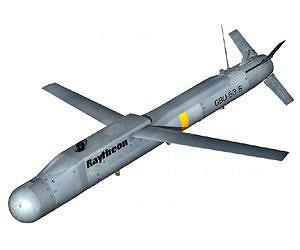