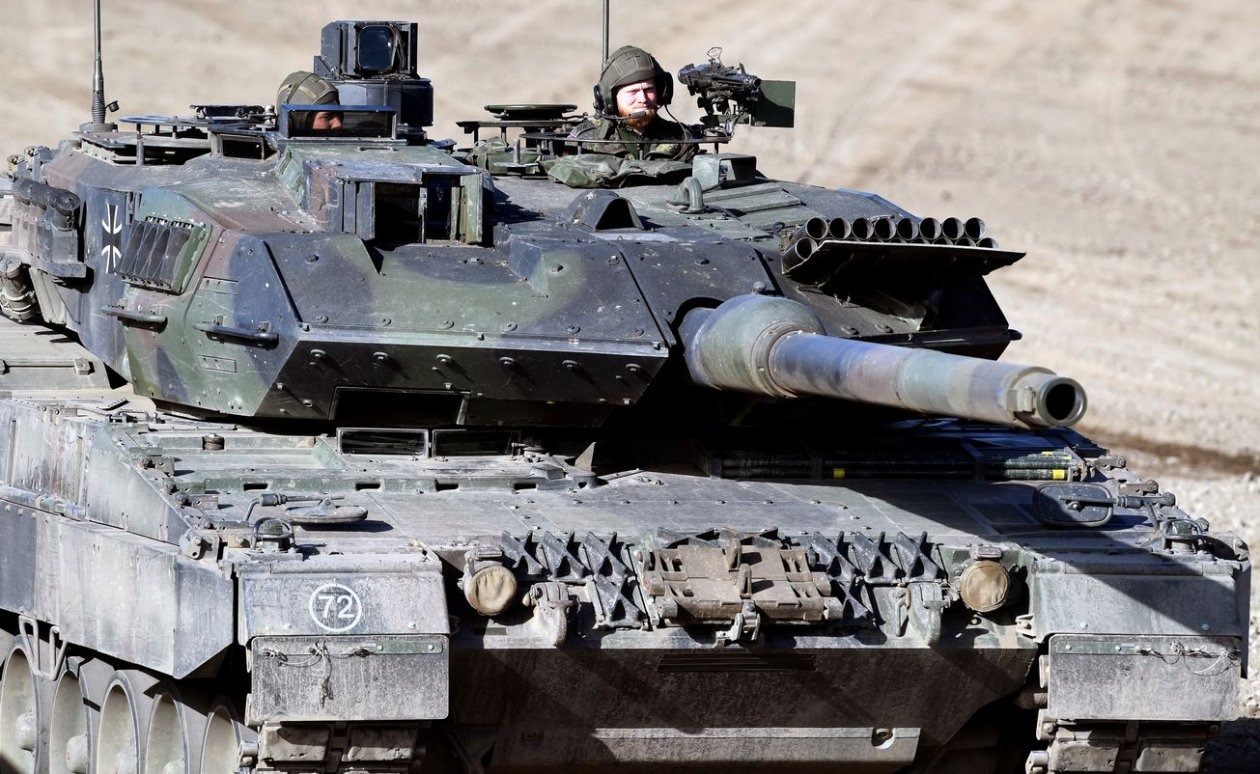 Once the design is final­ized, the tank will be a beast.

The Main Ground Combat System, as the tank project is known, is intend­ed to replace the French Leclerc and Leopard 2 main battle tanks. While both tanks are con­sid­ered capa­ble and combat-effec­tive, they are not get­ting any younger. The Leclerc made its debut with the French armed forces in the early 1990s, and the Leopard 2, essen­tial­ly an advanced and redesigned vari­ant of the Leopard 1, much before that, in the late 1970s. Both France and Germany are in need of an upgrade.

The demon­stra­tor, a one-off design, com­bined already exist­ing German and French tanks, but mated the turret of the Leclerc with the hull of the German Leopard 2. A neat video of the modern-look­ing demon­stra­tor can be seen here and is worth the watch.

The ratio­nale behind the French-German hybrid was two-fold. First, it demon­strat­ed the poten­tial of French-German col­lab­o­ra­tion in defense, which for his­tor­i­cal rea­sons has strug­gled. The other advan­tage was to explore the pos­si­bil­i­ties of using off-the-shelf parts and com­po­nents to see what was pos­si­ble. Their design is arguably better than either the Leopard 2 or the Leclerc, and is around 6 tons, or about 12,000 pounds (or nearly 5,500 kilos) lighter.

The Main Ground Combat System will be very pow­er­ful — espe­cial­ly the tank’s main gun. One of the MGCS’s con­di­tions stip­u­lates that the end prod­uct must have a more pow­er­ful main gun than the tanks that France or Germany cur­rent­ly have in ser­vice.

While most tanks, includ­ing vir­tu­al­ly every tank in NATO ally inven­to­ries uses a vari­a­tion of the German firm Rheinmetall’s Rh-120 L/55 120mm gun, the MGCS will use an enlarged 130mm main gun, also designed and man­u­fac­tured by the German firm. The mas­sive gun weighs about 300 kilo­grams, or about 660 pounds more than Rheinmetall’s pre­vi­ous 120mm gun. The ammu­ni­tion is cor­re­spond­ing longer and larger in diam­e­ter and is a step up in terms of both pen­e­tra­tion poten­tial and range.

It remains to be seen what the final Franco-German design will look like. It should be assumed that it will have an improved armor pro­tec­tion pack­age, and higher mobil­i­ty. One of the fea­tures that can be assumed is the larger 130 mil­lime­ter main gun — which may make the EMBT one of the most pow­er­ful tanks in the world. Watch this topic close­ly for new devel­op­ments.

– This Story First Appeared in The National Interest -

Caleb Larson is a defense writer with the National Interest*. He holds a Master of Public Policy and covers U.S. and Russian secu­ri­ty, European defense issues, and German pol­i­tics and cul­ture.*