Faith in Fakes: What a ‘Khamenei Tweet’ About Trump Actually Tells Us 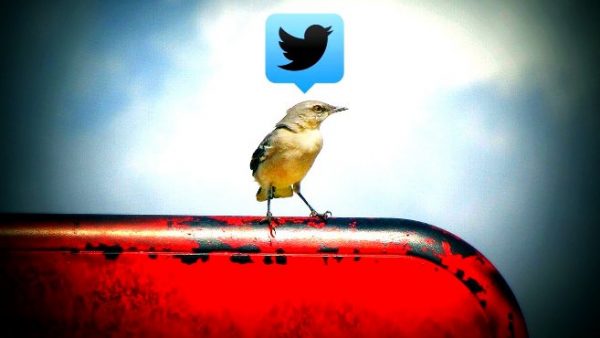 A Twitter account supposedly linked to Iran’s Supreme Leader Ali Khamenei posted what appeared to be a death threat to former U.S. President Donald Trump. While the account stands suspended at the time of filing this article, the inflammatory tweet in Farsi seems to be calling for “vengeance” against a golf-playing individual resembling Trump for his decision to assassinate top Islamic Revolutionary Guard Corps commander Qasem Soleimani last January.

The story – which was reported by the BBC as well as Agence France-Presse on January 22 – rested on a fake account which closely resembled Khamenei’s, the difference between two being a few letters in the handle. (The account widely believed to be the Ayatollah’s is @khamenei_ir, while the one that sought to extract revenge on Trump was @khamenei_site.)

While the entire episode is relatively innocuous in itself – by now, impersonation, trolling and sock puppet accounts are squarely and sadly part of the social media experience – it once again highlights that despite widespread familiarity with how dysfunctional social media has become, it is still easy to fall for online baits. This is not because we are gullible – though often we are – but because of the intrinsic difficulty in some cases in sifting the true from the false in social media, making the platform especially ripe for disinformation campaigns.

When Soleimani was assassinated on January 3 last year through a drone strike at the Baghdad airport, many analysts had predicted it would spark a major war in the Middle East as Tehran sought to avenge his death. However, such prognosis was soon belied. Iran’s theocracy, despite the occasional fire-and-brimstone rhetoric, remains deeply pragmatic. Iran, its economy crippled by sanctions, had wisely assessed at the time that a war with the United States would not serve its interests. Therefore, other than a perfunctory retaliatory strike on a U.S. military base in Iraq five days after Soleimani’s killing, it let the matter slide.

However, the very fact that the Iranian regime could act so rationally in the face of a grave provocation remains somewhat of a mystery for many. Therefore, when faced with an apparent tweet from Khamenei issuing a death threat to Trump – especially given that “real” Khamenei did promise “harsh revenge” for Soleimani’s death immediately after – coupled with Iran’s posturing in the final days of the Trump administration, the first instinct is to take it at face value. Do also keep in mind that Tehran has not been above planning audacious assassinations on U.S. soil before: 10 years ago, in October 2011, the United States government claimed to have foiled an Iranian attempt to assassinate the Saudi ambassador in Washington – a scheme that involved, as improbable as it sounds, hiring Mexican assassins for the job.

As scholars of disinformation – most recently, Thomas Rid in his new book – point out, the best disinformation/“active measures” campaigns are those that skillfully blend fact and fiction, evidence and forgery, the real and the imagined, in a way that creates a veritable semiotic jungle that plays into our deep-seated beliefs as well as prejudices. Put another way: disinformation feeds on– and amplifies – confirmation biases. (Readers inclined toward the fiction would be well served by reading the 2012 novel “The Prague Cemetery” by the late Umberto Eco, one of the world’s greatest semioticians, and expert on the surprisingly thin line that separates facts from fiction. The novel contains a splendid account of what remains one of the earliest and best-known examples of disinformation campaigns, “The Protocols of the Elders of Zion.”)

At a more prosaic, immediate, level, how did what is evidently a fake twitter account manage to make it to the pages of leading news outlets? Part of the problem is that the real account associated with Khamenei – and one can hear Eco chuckle at the “real” from his Milan grave –remains unverified by Twitter; and that there is no way one can link the Ayatollah to the account unmediated. Compounding matters even further is the fact that the “real” Khamenei account has a subsidiary Italian account (also unverified); so practically speaking, it would not be unthinkable that Khamenei would launch another account.

And here lies the problem – and opportunity for disinformation campaign operators: the quick possibility of transmuting the merely plausible to certain fact, depending on the opening the circumstances provide. What makes matters even worse for social media disinformation campaigns is the intrinsic difficulty in determining whether a single well-placed tweet or post — or even an online news article — is part of a motivated malign campaign by a political actor or merely the work of a bored Internet user. (Traditional disinformation campaigns that don’t rely on the ease of dissemination that social media provides are by definition much more laborious and resource-extensive.)

In many ways, the problems surrounding social media that policy technocrats imagine being fixed through regulation are much deeper, sitting as they do at the intersection of psychology, epistemology and politics. And to understand them better, start with the novels of Eco.