F-35s to Taiwan: A Counter or Inciter for War With China? 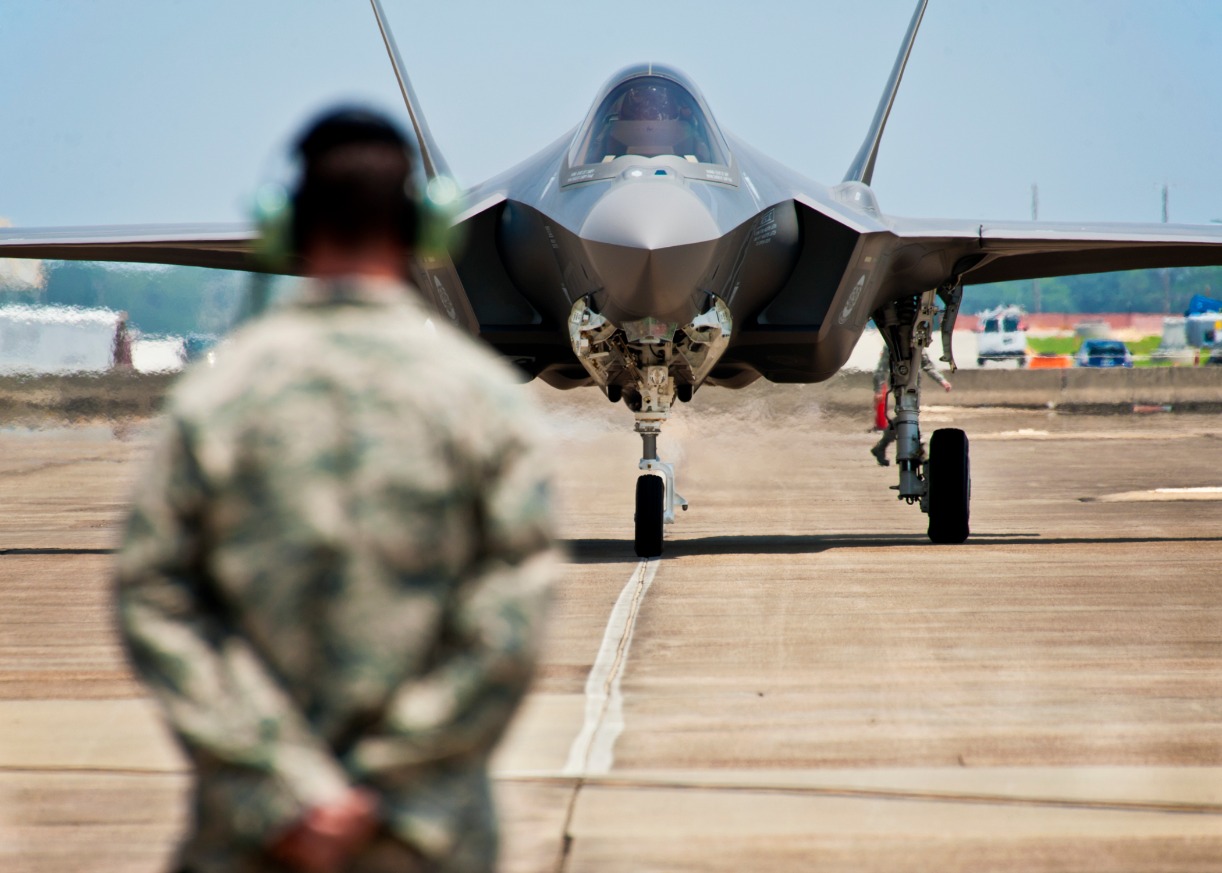 Here’s What You Need to Remember: Sophisticated aircraft with high-tech weapons are only as good as their pilots. Selling Taiwan the F-35 jets and including their pilots in U.S.-sponsored Red Flag exercises could go a long way toward helping it to maintain air superiority in the event of a PLA invasion.

U.S. policymakers should make selling F-35 jets to Taiwan a priority. Taiwan’s government has requested them. Leading U.S. Senators, including Senate Armed Services Committee Chairman Jim Inhofe (R-Okla.), have advocated for the sale. Fear of a violent Chinese reaction to Taiwan acquiring the jets and espionage stealing the fighter’s technology has kept that from becoming a reality, as has cost. But perhaps that should change.

Other nations including Poland, Singapore, Greece, Spain, Japan, South Korea and Poland also have the F-35 jets under consideration. Cost has been a concern for Taiwan, but growing export orders have reduced its price tag. The United Arab Emirates (UAE) became the most recent nation to submit a request to join the club last month after signing the Abrahamic Accords with Israel.

The People’s Republic of China’s ability to strike any aircraft that takes off in the airspace over Taiwan puts the island’s ability to defend itself from bombers and other attack aircraft at risk.

The F-35B variant would give the Republic of China Air Force (ROCAF) the option of having lethal stealth aircraft able to operate from roads and other places that likely are off the PLA’s target map. This would be similar to how Sweden’s air force operates. Its SAAB jet fighters are designed to be dispersed across the country and to operate from ordinary roads for decades in case of a surprise attack.

The F-35B also can operate in confined areas due to its vertical takeoff and landing capabilities.

Adding it to the ROCAF inventory would give it flexibility in contrast with its current F-16 jets, F-5 jets and Dassault Mirage 2000, which are confined to airstrips or large highways.

Taiwan’s airfields would be knocked out by Chinese aircraft and missiles in the case of an invasion.

Recent exercises showed that the F-35 jets achieved a kill ratio against opponents of fifteen to one: more than a match for the PLAAF. Chinese jet fighters pale in comparison with the F-35 jets when it comes to their capabilities due to their engine issues and inferior sensors, not to mention their lack of stealth.

The F-35 jets abilities also exceed those of the PLAAF’s J-20 stealth fighter, which the Indian Air Force tracked on radar during exercises over Tibet near the Indian border.

“The PLA has been increasing the intensity of patrols, searching and reconnaissance in order to gain more intelligence, with the goal of providing basic information and creating advantageous conditions for its future maritime activities and combat operations, Li Jie, a Beijing-based naval expert [said],” the Global Times reported.

Chinese pilots practiced securing air supremacy over the Taiwan Strait and over Taiwan itself during the most recent maneuvers. PLAAF J-10 and J-11 fighters practiced potential attacks near the Taiwanese-held islands of Taichung and Hsingchu where Taiwan’s Mirage 2000 fighter jets are based, northwest of the main island. Meanwhile, PLAAF H-6 jet bombers practiced sinking the Taiwanese navy with anti-ship missiles in conjunction with J-16 fighter jets along the southwestern edge of Taiwan.

Having F-35 jets in the Republic of China Air Force’s (ROCAF) inventory would add an element of surprise and allow it to knock out these bombers and fighters without warning.

Its stealth, maneuverability and smart weapons to degrade enemy air defenses would give Taiwan a major advantage, compared with its current fleet of F-16s, F-5s and the Mirage 2000 fighter jets that can be targeted from the mainland. It also could provide offensive capabilities against the PLA’s long-range surface-to-air missiles.

The United States should therefore train Taiwanese pilots in its Red Flag exercises to give them an additional lethal leg up against the PLAAF.

Sophisticated aircraft with high-tech weapons are only as good as their pilots. Selling Taiwan the F-35 jets and including their pilots in U.S.-sponsored Red Flag exercises could go a long way toward helping it to maintain air superiority in the event of a PLA invasion. This also is something that Taiwanese officials have long coveted. Members of Congress also have shown interest. Sen. Tom Cotton introduced a bill in 2017 aimed at including Taiwan in Red Flag exercises. Training together with the F-35 jets offers a key to neutralizing a major Chinese advantage.

Beijing might think twice in the face of the F-35 jets and Taiwan’s growing cruise-missile capabilities.

John Rossomando is a Senior Analyst for Defense Policy and served as Senior Analyst for Counterterrorism at The Investigative Project on Terrorism for eight years. His work has been featured in numerous publications such as The American Thinker, Daily Wire, Red Alert Politics, CNSNews.com, The Daily Caller, Human Events, Newsmax, The American Spectator, TownHall.com and Crisis Magazine. He also served as senior managing editor of The Bulletin, a 100,000-circulation daily newspaper in Philadelphia and received the Pennsylvania Associated Press Managing Editors first-place award in 2008 for his reporting. This article first appeared last year and is being republished due to reader interest.