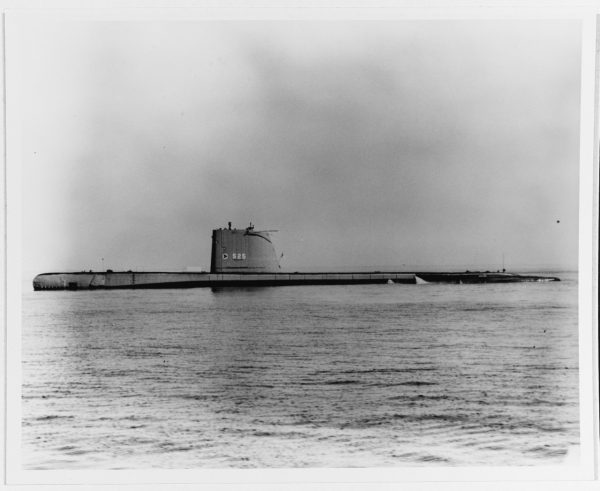 Divers have found what they believe is the wreck of a U.S. Navy sub­ma­rine lost 77 years ago in Southeast Asia, pro­vid­ing a coda to a stir­ring but little-known tale from World War II.

The divers have sent photos and other evi­dence from six dives they made from October 2019 to March this year to the United States Naval History and Heritage Command for ver­i­fi­ca­tion that they have found the USS Grenadier, one of 52 American sub­marines lost during the con­flict.

The 1,475-ton, 307-foot long Grenadier was scut­tled by its crew after bombs from a Japanese plane almost sent them to a watery grave. All 76 of its per­son­nel sur­vived the bomb­ing and sink­ing, but their agony to follow would be pro­longed. After being taken pris­on­er, they were tor­tured, beaten and nearly starved by their Japanese cap­tors for more than two years, and four did not sur­vive that ordeal.

The wreck lies 82 meters (270 feet) under­wa­ter some­where in the Strait of Malacca, about 150 kilo­me­ters (92 miles) south of Phuket, Thailand. It was dis­cov­ered by Singapore-based Jean Luc Rivoire and Benoit Laborie of France, and Australian Lance Horowitz and Belgian Ben Reymenants, who live in Phuket, Thailand.

Reymenants was one of the divers who took part in the dra­mat­ic rescue of a dozen boys and their soccer coach who got trapped in a cave in north­ern Thailand two years ago.

The Belgian has been research­ing pos­si­ble loca­tions for ship­wrecks for many years, Horowitz said in an inter­view with The Associated Press, and Rivoire had a suit­able boat to explore the leads he found. Reymenants would ask fish­er­men if there were any odd spots where they’d lost nets, and then the team would use side-look­ing sonar to scan the sea floor for dis­tinct shapes.

When they dived to look at one promis­ing object, it was a lot bigger than expect­ed, so they dug back into the archives to try to figure out which lost vessel it could be, and then dived again.

“And so we went back look­ing for clues, name­plate, but we couldn’t find any of those,” recalled Horowitz. “And in the end, we took very pre­cise mea­sure­ments of the sub­ma­rine and com­pared those with the naval records. And they’re exact­ly, as per the draw­ings, the exact same size. So we’re pretty con­fi­dent that it is the USS Grenadier.”

The Navy command’s Underwater Archaeology Branch on aver­age receives two to three such requests a year from searchers like the Grenadier divers, said its head, Dr. Robert Neyland, in an email to The Associated Press.

“A com­plete review, analy­sis, and doc­u­men­ta­tion may take two months to a year to com­plete,” he said, adding that it will likely take a few months in the case of this poten­tial dis­cov­ery.

It sailed on March 20, 1943, from Fremantle, Australia, on its sixth patrol, to the Malacca Strait and north into the Andaman Sea.

The com­mand­ing offi­cer, Lt. Cdr. John A. Fitzgerald, record­ed what hap­pened there in a report writ­ten after being freed from a Japanese pris­on­er-of-war camp in 1945.

On the night of April 20, the sub­ma­rine glimpsed two small freighters and set course to inter­cept them the next morn­ing, sail­ing on the sur­face for speed.

In the morn­ing, a plane was sight­ed; an imme­di­ate crash dive was ordered, but the ship did not descend far enough, fast enough. Blasts from two bombs bat­tered the sub; key parts of the vessel were man­gled; power and lights were lost and a fire broke out. All hands des­per­ate­ly worked to fix what they could as Fitzgerald ordered the ship to stay on the sea floor.

When it sur­faced after 13 hours it was clear the Grenadier was too crip­pled to flee or fight. An effort was made to rig makeshift sails on a periscope to reach shore before blow­ing up the vessel, but there was dead calm.

As dawn broke, two ships on the hori­zon were clos­ing in. Codebooks and sen­si­tive equip­ment were destroyed as prepa­ra­tions were made to scut­tle the sub­ma­rine. A Japanese plane made a run at the ship, but was fought off with small arms, drop­ping a bomb harm­less­ly about 200 meters (yards) away. The crew aban­doned ship at 8:30 in the morn­ing and an hour later were hauled aboard an armed mer­chant ship, which took them to Penang, a major port town on the Malayan Peninsula.

At a Catholic school req­ui­si­tioned by the Japanese for use as a prison, events took an even darker turn.

“The rough treat­ment start­ed the first after­noon, par­tic­u­lar­ly with the (enlist­ed) men. They were forced to sit or stand in silence in an atten­tion atti­tude,” wrote Fitzgerald. “Any diver­gence result­ed in a gun butt, kick, slug in the face or a bay­o­net prick. In the ques­tion­ing room, per­sua­sive mea­sures, such as clubs, about the size of indoor ball bats, pen­cils between the fin­gers and push­ing of the blade of a pen knife under the finger nails, trying to get us to talk about our sub­ma­rine and the loca­tion of other sub­marines.”

After a few months, all the crew were trans­ferred to camps in Japan, where the abuse con­tin­ued. Four died from a lack of med­ical atten­tion.

“This was an impor­tant ship during the war and it was very impor­tant to all the crew that served on her,” diver Horowitz said last week. “When you read the book of the sur­vivors, that was, you know, quite an ordeal they went through and to know where she final­ly lies and rests, I’m sure it’s very sat­is­fy­ing for them and their fam­i­lies to be able to have some clo­sure.”

By Grant Peck for the Associated Press in Bangkok, Thailand.