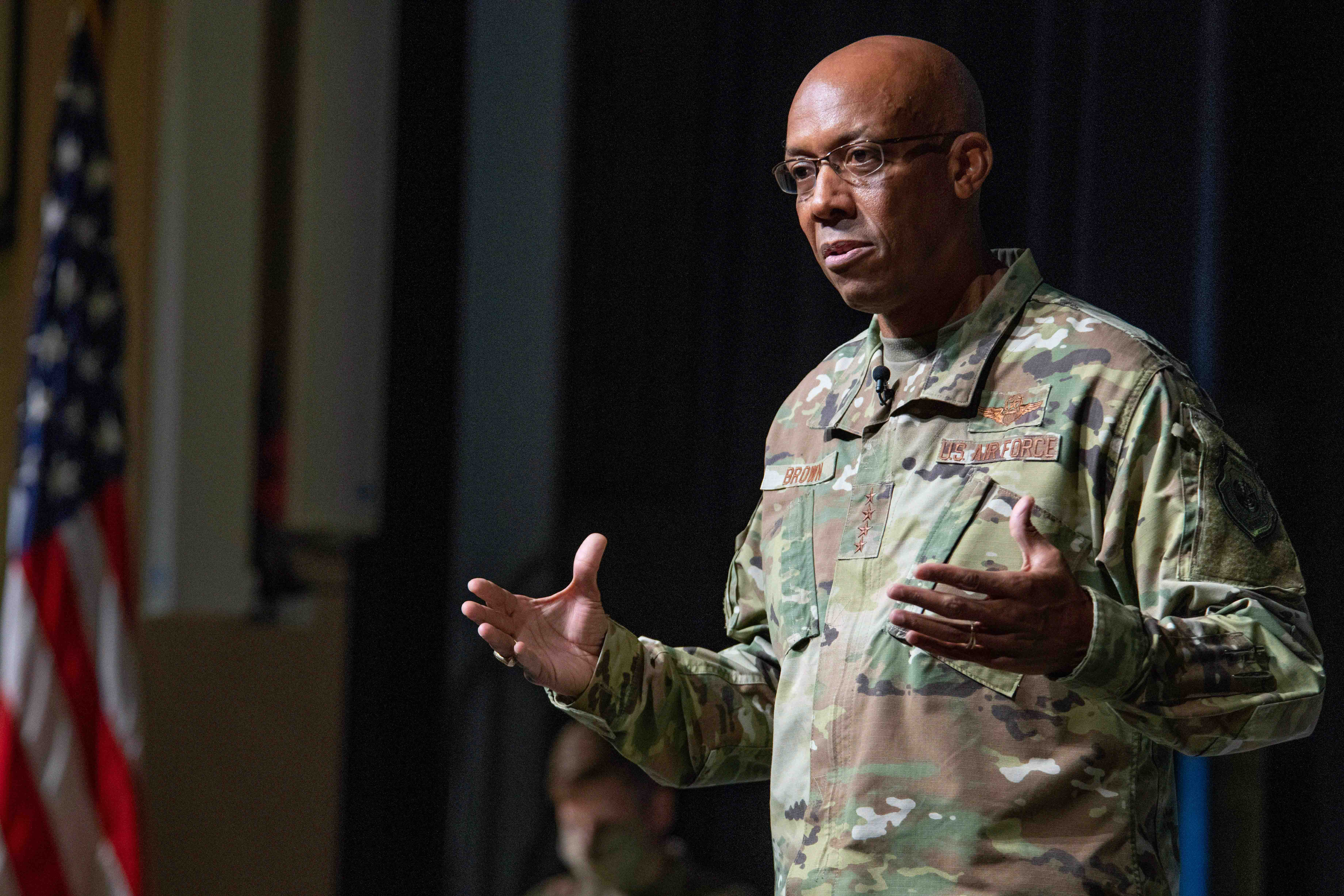 WASHINGTON: The inability to share data among the services is a key barrier to building a Joint All-Domain Command and Control (JADC2), Air Force Chief of Staff Gen. Charles Brown says.

“We have a lot of data. We just don’t publish it; we don’t share it like we should. “I may, as an Air Force unit or a platform, have data. But if I don’t publish it, then it’s only good for me,” he told the JADC2 and All Domain Warfare conference sponsored by the National Defense Industrial Association (NDIA) today. “At the end of the day, information sharing has a currency: trust.”

The crux of JADC2 will be the ability to bring data from across the services and across the air, land, sea, space and cyber domains into a central, shareable data lake that operators can “subscribe to” based on their needs, he explained.

“We must accelerate the change required now to connect all our platforms and sensors and our weapon systems. We must develop the infrastructure, the digital backbone for the data. We have to get the IP right, and we have to get the policy right, so we can move the data we have,”  he elaborated.

“Providing joint teammates, and allies, the ability to make decisions in real time, at the speed and scale that will be required in a contested environment, that’s the future of cognitive warfare. And what we’re doing as an Air Force with the Advanced Battle Management System, and in the Joint Force, with JADC2,” he said.

The idea, Brown said, is that “you can pull that data and you can build your common operational picture any way you want based on the data,” Brown explained. “The way I think about it is, you know, JADC2 is kind of like the smartphone. And then, what the Air Force is doing on ABMS, that’s our app. IBCS, that the Army’s working, that’s their app.”

ABMS is the Air Force’s technology effort to build a military Internet of Things to underpin JADC2, with the service being tasked with the lead on such tech development by Chairman of the Joint Chiefs of Staff Gen. Mark Milley. IBCS is a nested acronym for IAMD (Integrated Air & Missile Defense) Battle Command System, a network meant to link a wide variety of Army radars and weapons, such as Patriot, THAAD, and future lasers. And as Breaking D readers know, Brown and Army Chief Gen. James McConville on Oct. 2 signed a memorandum of agreement to work on common standards and merge the Air Force’s ABMS “On-Ramp” demonstrations with the Army’s Project Convergence exercises based around IBCS.

Brown reiterated that there are tech barriers to data sharing, but said the bottom line challenge is a lack of trust among the services. The services don’t trust the validity of the data provided by other services; nor do they trust their sister services to properly protect any data they themselves share.

“At the end of the day, information sharing has a currency: trust,” he said.

As Breaking D readers know, the individual services remain fearful of losing control over their own data sets and C2/battle management networks in a future joint construct. Further, the Congressional Research Service, in an Oct. 23 report, says one of the key questions being asked about JADC2 is: What will be the actual chain of command for operational decisions? “Analysts also ask who would have decisionmaking authority across domains, given that, traditionally, command authorities are delegated in each domain rather than from an overall campaign perspective,” the report says.

On the other hand, Brown insisted the services are “working together fairly well” to resolve those challenges.”I  realize there’ll be some, you know, there’ll be some friction — that’s a standard. But at the top, with the service chiefs, we’ve all talked to each other I think we’re all on the same page.”

“We’re not trying to fight for each other’s money,” he stressed. “We just want to make sure that whatever systems we’re pulling together are compatible and able to operate.”