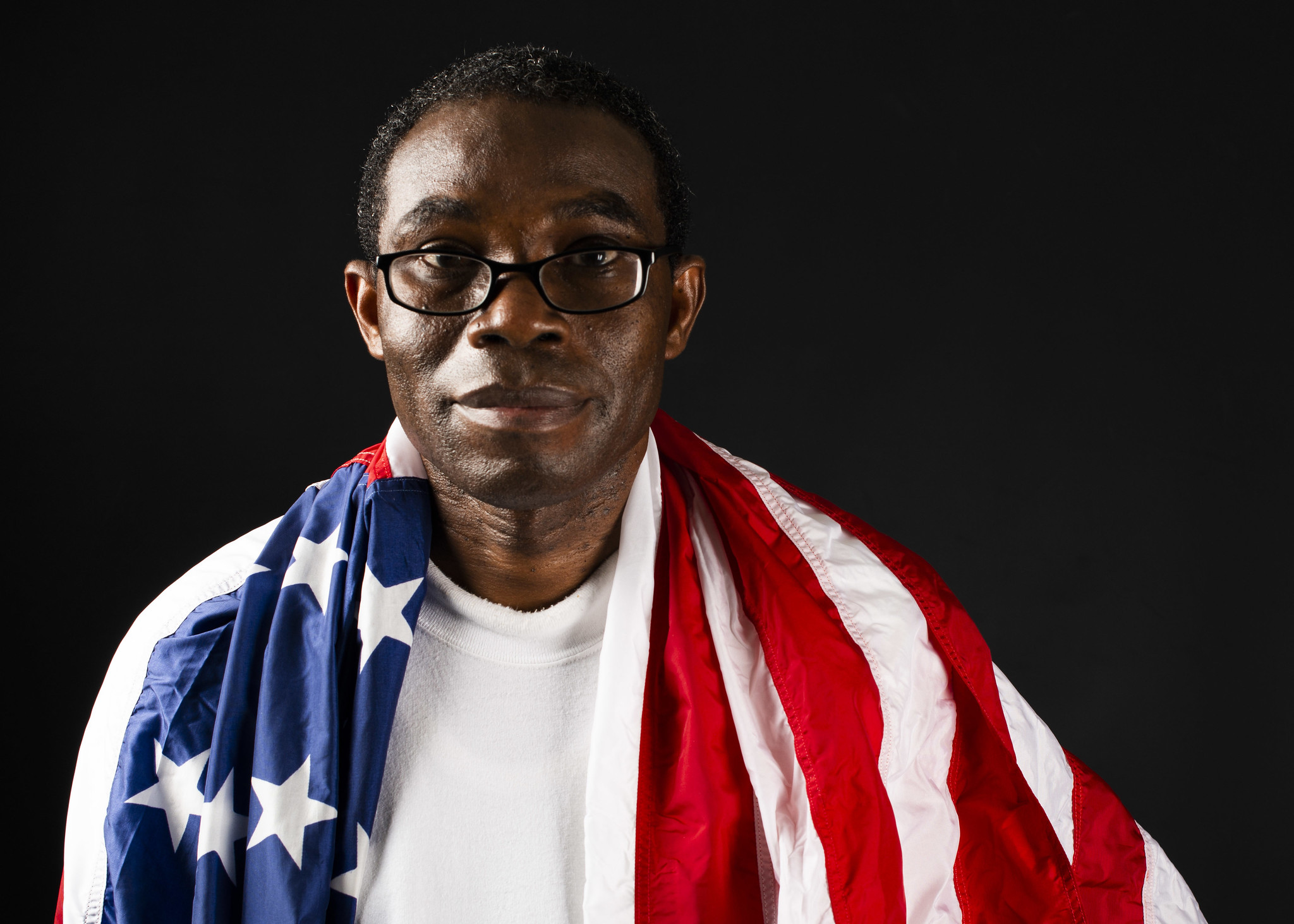 SOUTH CHINA SEA — The Sierra Leone Civil War was a con­flict between the rebels of the Revolutionary United Front and the Sierra Leone Government that lasted over ten years. This con­flict would prove to be one of the most tragic events in his­to­ry, result­ing in the deaths of between 50 and 300 thou­sand and the dis­place­ment of over 2.5 mil­lion. Numerous atroc­i­ties were com­mit­ted includ­ing mass civil­ian murder, the draft­ing of child sol­diers, intense vio­lence and rape.

It was a des­per­ate time for mil­lions of people. Life-alter­ing deci­sions had to be made by those flee­ing the vio­lence; deci­sions that could put the safety of their fam­i­lies and them­selves in jeop­ardy.

“The rebels from Liberia spread to Sierra Leone,” said Personnel Specialist 1st Class Patrick Mbayoh, a first gen­er­a­tion Sierra Leone immi­grant. “It start­ed in the remote parts of the coun­try, but the war even­tu­al­ly spread to Freetown, the cap­i­tal city, where I lived in 1996. I was biding my time, hoping that the war would not come to Freetown. When the war final­ly came I knew it was time to get out.”

Mbayoh spent every day, in Sierra Leone, living in fear of the next shoot­ing or the next attack. Attacks that could happen at any place at any time.

“It was guer­ril­la war­fare,” said Mbayoh. “We called them rebels, but now, I think we would call them ter­ror­ists. Sometimes they would have mil­i­tary type cloth­ing. Sometimes they would be in civil­ian cloth­ing, but they lived in town among the civil­ian pop­u­la­tions. It was dif­fi­cult to tell if they were rebels, and we would­n’t know until they were given the order to shoot. It was dan­ger­ous.”

Many refugees fled across the border of Sierra Leone to settle in Guinea. Mbayoh said he and his wife worked togeth­er with a group of fam­i­lies to make the jour­ney to Guinea where they hoped to escape from the war.

The dis­place­ment of refugees left them exposed to hor­ri­ble living con­di­tions where many were lost or killed.

“I was great­ly affect­ed by the war. I lost my mom and three sis­ters,” said Mbayoh. “My sis­ters died from var­i­ous ail­ments from living in the bush and my mom was shot. I have a broth­er that is still miss­ing to this day. We believe that he is prob­a­bly dead, but we never found a body. All of this hap­pened during the war.”

Mbayoh explained that his mother was killed even after flee­ing Sierra Leone to Guinea. Many refugees were tar­get­ed by rebels and were killed in set­tle­ments in Guinea.

Refugees from coun­tries affect­ed by wars and other dis­as­ters work with the United Nations and other host coun­tries to find a safe place to reset­tle them. Mbayoh said he worked with an ambas­sador in Guinea to find a coun­try where he could reset­tle with his wife.

“Everyone wants to come to America,” said Mbayoh. “Another coun­try isn’t even a choice. If some­one said, ‘You can go to America,’ then you would go to America. It was excit­ing to find out that I was going to America, but I also had some anx­i­ety. I didn’t believe it was actu­al­ly going to happen until I got off the plane.”

Mbayoh said there were some ini­tial chal­lenges after arriv­ing in the U.S. Before they left Guinea, he and his wife were given an ori­en­ta­tion and mate­ri­als to help them pre­pare for the move.

After arriv­ing in Brooklyn, New York in 1998, Mbayoh was spon­sored for one month. He said hous­ing and food were pro­vid­ed with the expec­ta­tion that he would find employ­ment and even­tu­al­ly be able to sup­port him­self.

“The first place I worked was McDonald’s. Growing up in Sierra Leone I was used to eating rice. If I got three meals in a day, then rice was every meal. It was dif­fer­ent from what I was used to. It was inter­est­ing get­ting used to that.”

Moving to the U.S. gave Mbayoh the oppor­tu­ni­ty to pursue a life-long dream.

“Finishing grade school was a huge accom­plish­ment but it was dif­fi­cult to see how to pro­ceed after that and obtain a higher edu­ca­tion and it seemed impos­si­ble,” added Mbayoh. “When I moved to America it seemed like my dream might be pos­si­ble.”

Mbayoh attend­ed col­lege for one semes­ter while he worked at McDonald’s. He said he did not under­stand the finan­cial aid system clear­ly when he signed up for class­es and was not aware that he would have to pay the loan back.

“The coun­selors tried to explain that I did not have to pay it back until after I fin­ished school,” said Mbayoh. “I did the math and fig­ured out that I would owe a lot of money by the time I fin­ished the degree and that dis­cour­aged me.”

Mbayoh said there wasn’t a way to sup­port his family com­fort­ably and attend school. He spent a lot of time walk­ing around think­ing about how he could accom­plish his goal of earn­ing a col­lege edu­ca­tion.

“It was when I was walk­ing around that I walked into a Navy recruiter’s office,” said Mbayoh. “When I went to the recruiter he told me I could go to col­lege wher­ev­er I was sta­tioned. He said that even on a ship they would have col­lege cours­es avail­able to me. I joined the Navy in September of 2000.”

Mbayoh said his focus through­out his 19-year career has been to attend col­lege. He said he has been able to earn a bach­e­lor’s and a mas­ter’s degree while he served as an active-duty Sailor.

His focus and com­mit­ment to his goals have allowed him to achieve goals he never thought were pos­si­ble.

“When I was in Africa, I never thought that I would end up in the great­est Navy in the world. When I walk around the ship, I walk around with a heart full of appre­ci­a­tion for what I have been given,” said Mbayoh.

Mbayoh gained his American cit­i­zen­ship in 2003. He and his wife have a child and live in Lemoore, California. Mbayoh hopes to one day retire from the Navy and go back to school to gain his PhD.

“America is a place that is full of pos­si­bil­i­ties. You have to focus on what you want to accom­plish and it will be pos­si­ble,” said Mbayoh. “There is help to be found for what­ev­er you want to do. In America, you can accom­plish any­thing you want as long as you don’t give up.”