CI Investments Inc. reduced its stake in Celanese Co. (NYSE:CE – Get Rating) by 43.4% during the 2nd quarter, according to the company in its most recent filing with the Securities and Exchange Commission. The firm owned 621 shares of the basic materials company’s stock after selling 476 shares during the period. CI Investments Inc.’s holdings in Celanese were worth $73,000 at the end of the most recent quarter.

Celanese (NYSE:CE – Get Rating) last released its quarterly earnings results on Friday, November 4th. The basic materials company reported $3.94 EPS for the quarter, missing the consensus estimate of $3.98 by ($0.04). Celanese had a return on equity of 42.26% and a net margin of 17.20%. The company had revenue of $2.30 billion for the quarter, compared to analysts’ expectations of $2.26 billion. During the same quarter last year, the company earned $4.82 EPS. Celanese’s revenue for the quarter was up 1.5% compared to the same quarter last year. On average, research analysts forecast that Celanese Co. will post 16.08 earnings per share for the current year.

The business also recently declared a quarterly dividend, which was paid on Monday, November 14th. Stockholders of record on Monday, October 31st were paid a dividend of $0.70 per share. This represents a $2.80 annualized dividend and a dividend yield of 2.57%. The ex-dividend date of this dividend was Friday, October 28th. This is a boost from Celanese’s previous quarterly dividend of $0.68. Celanese’s dividend payout ratio is 18.51%.

Celanese Corporation, a technology and specialty materials company, manufactures and sells high performance engineered polymers in the United States and internationally. The company operates through three segments: Engineered Materials, Acetate Tow, and Acetyl Chain. The Engineered Materials segment develops, produces, and supplies specialty polymers for automotive and medical applications, as well as for use in industrial products and consumer electronics. 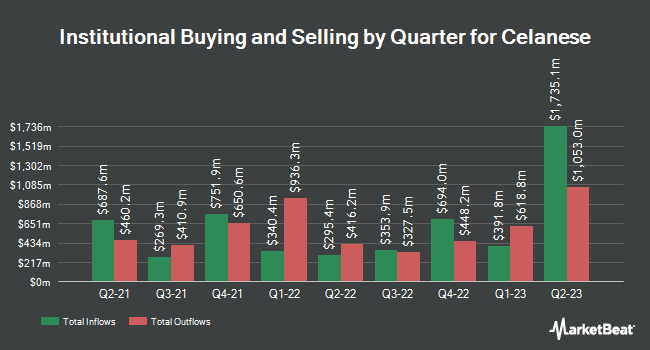