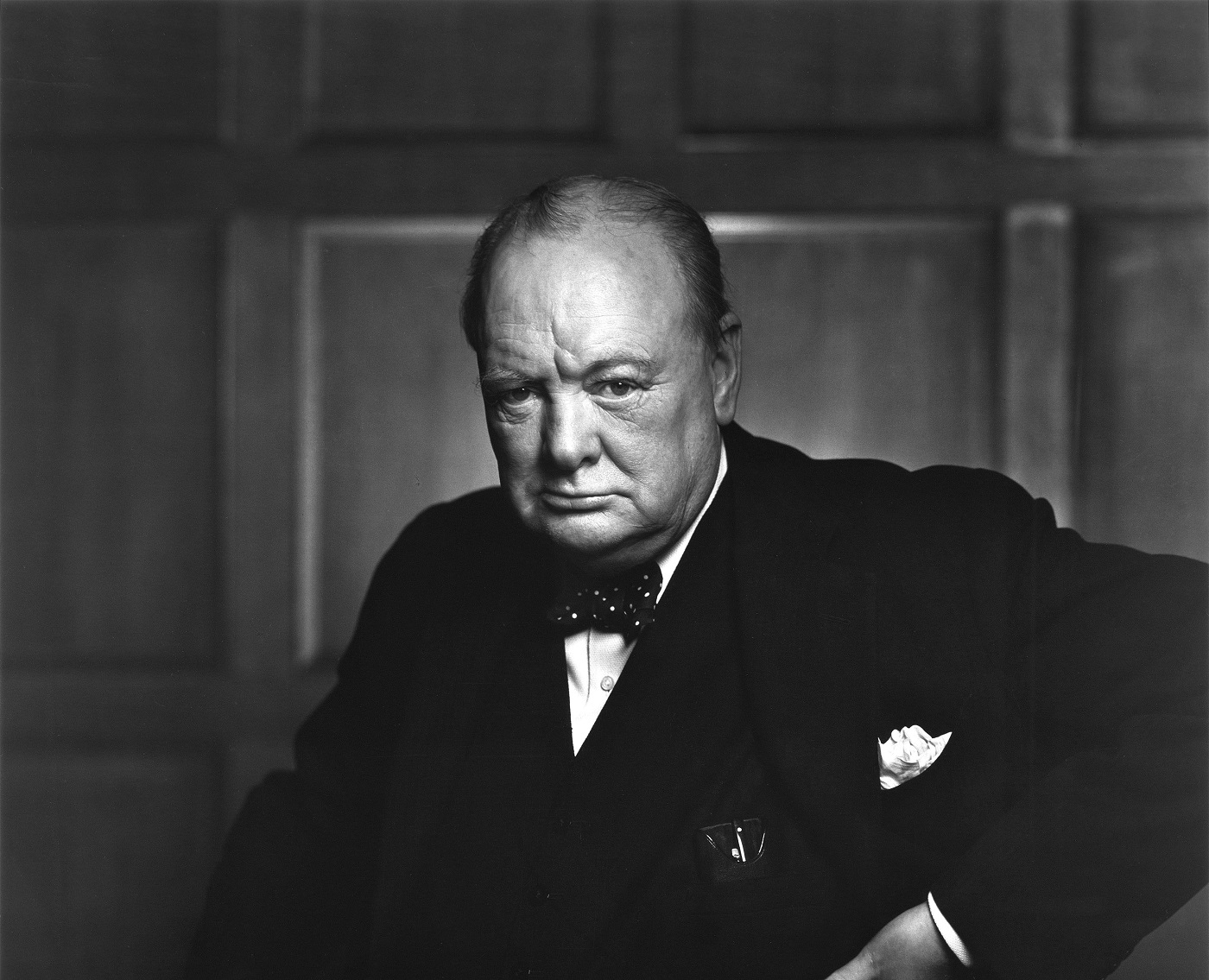 For centuries, the sun never set on the British Empire. But eclipses there were, and more than a few that stained British arms.

As the saying goes, victory has many fathers, but defeat is an orphan. Yet in Britain’s case, defeat has multiple sires, from overconfidence to racism. Those Americans who would sneer at the Limeys should be mindful that the same reasons have also resulted in U.S. defeats.

Imagine an entire U.S. Army brigade surrendering to the Taliban, and now you grasp the impact of the Battle of Saratoga in 1777. A British force of 7,000 men had laid their arms before an army that European experts had dismissed as colonial rabble.

Saratoga was a battle that should never have been fought. Britain always had a small army for a major European power, and a particularly small army for subduing an area the size of eastern North America. Yet Britain did have the Royal Navy, which conferred a strategic mobility that allowed the British to concentrate or evacuate their forces with a speed that George Washington’s Continentals couldn’t match.

So in the best British tradition of contempt for the enemy, the British chose to mount an overland expedition deep in the North American wilderness in autumn 1777, as far from naval support as the Moon. General “Gentleman Johnny” Burgoyne would lead 7,000 men down from Canada into Upstate New York, where he would rendezvous near Albany with another force under General William Howe moving north from New York City. In theory, this would isolate that troublesome nest of revolutionaries in New England from the rest of the rebellious colonies.

Unfortunately, the British command was as divided as their forces. Instead of assisting Burgoyne, Howe chose to occupy Philadelphia. Burgoyne had managed to recapture Fort Ticonderoga, but now found himself low on supplies, with winter approaching. Instead of retreating back to Canada, he chose to press on to Albany. Meanwhile, the Americans eventually mustered a force of 15,000 militia backed by reinforcements sent by General Washington, including Daniel Morgan’s riflemen and Benedict Arnold (actually a competent American commander before his defection).

It wasn’t only the British who suffered from divided command; Arnold quarreled with Horatio Gates, the ostensible commander of the American force. But after two small battles at Freeman’s Farm and Bemis Heights, Burgoyne’s army found itself outnumbered, surrounded and isolated at Saratoga, far from any reinforcement or succor.

Gentleman Johnny surrendered on October 17, 1777, thus preserving the lives of his men from a hopeless battle. But the fact that the revolutionaries had destroyed a British army in the field helped convince France to ally with the fledgling American revolutionaries and declare war on Britain, later followed by Spain. The impact on world history would be immense.

Being defeated by the Americans was bad enough, yet at least the Americans were Europeans by ancestry and culture. But surely spear-waving African natives would be no match for a force of well-armed and well-trained British troops? Even today, that image is perpetuated by the 1964 movie Zulu, where a handful of British troops fight off human waves of African warriors at the Battle of Rorke’s Drift.

Such a racist stereotype was shattered by the Battle of Rorke’s Drift and was preceded by the defeat of Isandlwana, where the Zulus annihilated 1,700 British regulars and colonial auxiliaries at the Battle of Isandlwana on January 22, 1879. Britain had invaded Zululand, ostensibly to revenge the murder of British subjects, but in reality to create a Southern African confederation, which in turn required smashing the Zulu Empire.

As at Saratoga, the British recklessly maneuvered themselves into a deadly position. British commander Lord Chelmsford split his 15,000-strong force into three separate columns on the theory that this would enable the British to surround the Zulu army (of course they’ll flee, old chap). Chelmsford commanded the main column of 5,000 men, which set up camp at Isandlwana just five miles from a Zulu army that British scouts hadn’t detected. Not only didn’t he entrench his position, but he also split his force again by sending most of the column chasing after what he thought was the main Zulu army, leaving just 1,700 men to guard the camp.

But the main Zulu army of 20,000 strong was actually hidden near the camp. When British scouts finally detected them, the Zulus attacked. They wielded Iron Age spears and shields in the Industrial Age of steamships and machine guns, but the Zulus proved what the highly organized, motivated and tactically mobile troops could accomplish despite technological inferiority. Their favorite tactic was the izimpondo zankomo (“horns of the buffalo”), where the older warriors of the Zulu force engaged the enemy from the front while the younger warriors circled around both flanks and attacked. Such tactics had won the Zulus a fierce reputation and an African empire. Now they would destroy the British.

Battle of the Denmark Straits:

One couldn’t fault the Royal Navy for lack of aggressiveness. When news came in May 1941 that the battleship Bismarck was sailing from Germany into the North Atlantic, the British reacted quickly. A German battleship, let loose among the shipping lanes that sustained Britain with food and weapons, would be like a tiger in a chicken coop.

The Bismarck was a formidable battleship, newer and more advanced than most of its British and American counterparts in 1941. Accompanied by the heavy cruiser Prinz Eugen, it would have been a tough match in any battle. But as the German raiders passed through the Denmark Straits, it was the Royal Navy’s misfortune that the two ships that intercepted them on May 24 were the battleship Prince of Wales and the battlecruiser Repulse.

The Prince of Wales was fresh out the shipyard and still had dockyard workers aboard to finish the ship. The Repulse had been launched in 1918, while World War I still raged. As a battlecruiser, faster but less well armored than a battleship, it wasn’t meant to slug it out with a modern battleship like the Bismarck. Even for a battlecruiser, it had weak deck armor, which left it vulnerable to plunging fire coming down on top of the ship instead of the sides.

Rather than wait for reinforcements, the British closed for battle in a fight where the odds were even at best. It was a classic clash of capital ships, with none of those pesky aircraft or aircraft carriers to ruin the proceedings. Yet the Prince of Wales had gun malfunctions that reduced its rate of fire. Yet it was the Repulse that made it a dark day for the Royal Navy. After a few German salvoes, the battlecruiser exploded with the loss of more than 1,300 sailors. The cause was probably—though not definitively—a magazine explosion caused by a German shell that penetrated its deck armor.

The Prince of Wales inflicted three hits on the Bismarck, including a bow hit that caused some flooding and deprived the Bismarck of precious fuel oil in her forward tanks. But the fact was that the Repulse—one of the proudest ships in the Royal Navy—had been sunk and the Germans had lived to sail away.

But not for long. The loss of the Repulse would be avenged. From the British Admiralty came a simple three-word order that would go down in history: “Sink the Bismarck!” Just as it was poised to reach safety in France, the Bismarck was crippled by antiquated Swordfish torpedo bombers from the aircraft carrier Ark Royal, and finally sunk by the British fleet.

After being beaten by impudent American colonists and fierce natives, who else would the British underestimate? Never fear, by the 1940s, it was Japan’s turn. Prewar British experts discounted the Japanese on racist grounds—a big mistake.

That racism bore bitter fruit in the first six months of the Pacific War, when the Imperial Japanese Army and Navy disemboweled the Western powers across Southeast Asia and the Western Pacific. Nowhere this was better symbolized than the fall of the British fortress of Singapore.

Singapore had been considered an impregnable bastion of Britain’s Asian empire. That was largely mythical; budgetary penny-pinching had left the island-city a Potemkin fortress far from invulnerable. Nonetheless, with a garrison of 80,000 men, Singapore was expected to hold out for a while, perhaps until help arrived.

Help wouldn’t arrive. The U.S. Pacific Fleet was mostly destroyed at Pearl Harbor. The battleship Prince of Wales and battlecruiser Repulse were sunk by Japanese torpedo-bombers off Malaya on December 8, depriving Singapore of its naval shield.

But much of the British disaster was incomprehensible, rather than inevitable. Royal Air Force pilots, cocky from their victory over the Luftwaffe in the Battle of Britain, found themselves outmatched by better-trained Japanese pilots and their deadly Zero fighters. The Japanese force that landed on the Malay Peninsula north of Singapore on December 8 was smaller than that of the defenders, but it outmaneuvered and outfought poorly trained and led British, Australian and Indian troops.