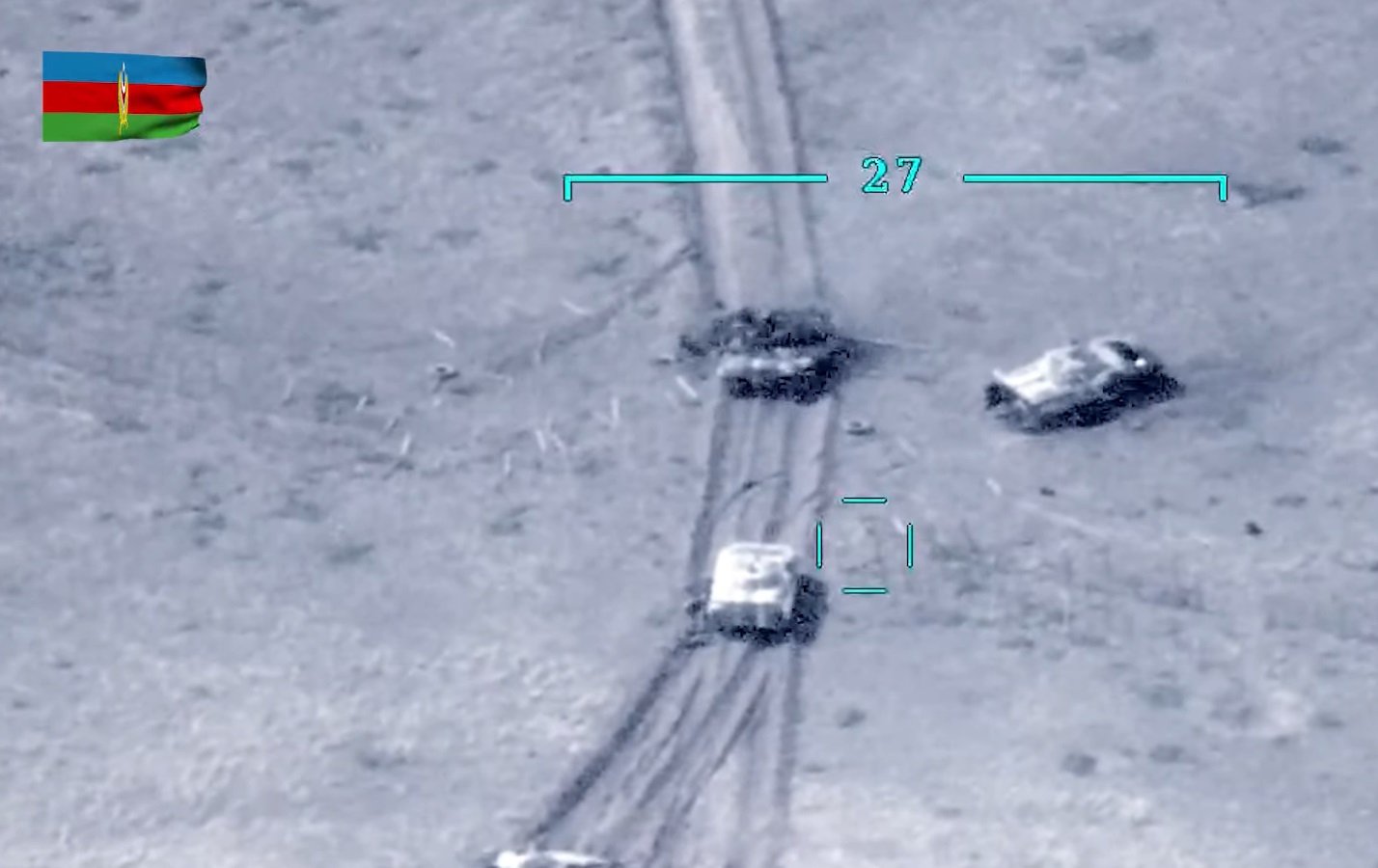 In a video posted by Azerbaijani Defense Ministry said that as a result of the counter-attack oper­a­tion of the Azerbaijan Army units, enemy troops retreat­ed and left a large number of armored vehi­cles on the bat­tle­field.

In a release morn­ing Sunday, Azerbaijani Defense Ministry also said the 12 OSA anti-air­craft mis­sile sys­tems of the Armenian air defense units were destroyed during large-scale airstrikes in the Nagorno-Karabakh region.