Autopsy of a Collapse 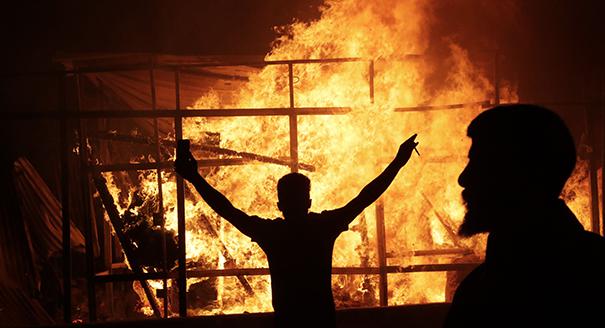 Mike Azar is a debt finance advisor and former professorial lecturer of international economics at the Johns Hopkins School of Advanced International Studies in Washington, D.C. He comments on Lebanon’s financial crisis under the Twitter handle @AzarsTweets. Diwan interviewed Azar in late June to get his perspective on Lebanon’s deteriorating economic situation, and on the ongoing negotiations between its government and the International Monetary Fund.

Michael Young: How inevitable is hyperinflation in Lebanon, and what would cause this?

Mike Azar: Nothing is inevitable. Hyperinflation is a psychological phenomenon. When businesses expect prices to rise rapidly, they preemptively increase their prices and consumers spend their money more quickly, expecting it to lose value if they wait. This becomes a self-perpetuating cycle that is difficult to break. In many cases, countries that experience hyperinflation have had to undertake what is called “currency reform,” whereby the old currency is removed from circulation and a completely new one is introduced. Once confidence is completely lost in a currency, it is difficult to reestablish.

Prices are increasing today because of the shortage of U.S. dollars, the rapid increase in the supply of Lebanese pounds, and the declining confidence in the Lebanese economy and the pound. People are withdrawing pounds—including from their U.S. dollar accounts at an exchange rate higher than the official rate—and using them to purchase U.S. dollars to preserve the purchasing power of their wealth. This is causing the supply of dollars in the market to fall while the supply of pound banknotes is increasing rapidly.

There is another source of demand for dollars. Many businesses are no longer accepting checks or credit cards because they prefer to receive U.S. dollars or Lebanese pounds, which can be exchanged for dollars at exchange shops. Given that Lebanon imports as much as it does, most businesses need dollars to pay for their imports. Thus, as the demand for dollars increases relative to the available supply in the market, the pound’s value is falling. This pushes up the price of imports and, by extension, consumer prices. The falling value of the pound and the declining confidence in the currency create incentives for people to spend their money quickly. This results in more pounds chasing fewer goods, which, again, generates more price inflation.

MY: Can you explain what the disagreement is between the government and the central bank over Lebanon’s financial losses? Why is it important?

MA: Lebanon’s central bank, or Banque du Liban (BDL), has accrued more than $45 billion in unfunded liabilities in U.S. dollars to the banking sector. That means it owes the banks $45 billion more in dollars than it has in dollar assets to pay them over time. The central bank’s position is that these unfunded liabilities, or losses, can be made up over time using its future seignorage profits. Seignorage profits are typically defined as the profits a central bank earns from the printing of banknotes—the difference between the face value of the bills and the printing costs. However, BDL obviously cannot print dollars. Its definition of seignorage is, therefore, unusual. From BDL’s perspective, it can create “local dollars,” which are essentially digital dollars stuck in the Lebanese banking system. They can be spent domestically using checks or credit cards, but cannot be transferred abroad or withdrawn as dollar banknotes. However, they can be withdrawn as Lebanese pound banknotes. In effect, the central bank’s view is that it can repay the banks what it owes them in the form of these “digital” local dollars which it creates through seignorage. These local dollars are, from an economic perspective, the same as pounds.

The government’s position is that a large portion of these unfunded liabilities must be written off because making up losses of this scale, which represent more than 100 percent of GDP, using seignorage profits will have a disastrous impact on the money supply, the exchange rate, and inflation. The position of the International Monetary Fund (IMF) is consistent with this view.

MY: On June 29, the director general of the Finance Ministry, Alain Bifani, resigned from his post. How do you interpret his resignation?

MA: There is clearly a lot of frustration from individuals in the government over its failure to implement reforms quickly enough, though Bifani was witness to 20 years of such failure during his long tenure at the ministry. He was also a key architect of the government’s Financial Recovery Plan released last April 30. The plan is on its last legs because of its poor roll out, and the government’s incredibly weak communications strategy and lack of engagement with stakeholders. There is also opposition to it from powerful groups in the country whose personal interests it threatens. If the government appears unable to implement any reforms at this critical juncture and is unable to defend its own financial rescue plan, it is easy to see why Bifani resigned. However, I can’t tell you why he resigned now rather than at any other point during the last 20 years.

MY: At some point the government will have to act to stop the monetary collapse. When might it do so and what does it need to do?

MA: I cannot predict when the government and monetary authorities will act. What the government needs to do has been repeated ad nauseum. For example, it must restore confidence in the economy to encourage people to want to hold pounds and increase the flow of U.S. dollars into the country. Finalizing an IMF program will unlock dollar funding and provide credibility to the government’s reform program. Recapitalizing the central bank and the banking sector by dealing with the unfunded liabilities and losses in the system will allow us to control the growth in the money supply and restart the financial intermediation needed to grow the economy. Political reforms will demonstrate a genuine willingness to address the root cause of these economic challenges, which is, at the heart, political dysfunction and corruption. In the end, real and inclusive economic growth is the goal, but it cannot be achieved without moving on all of these fronts.

In the very short term, the policies needed to limit price inflation will be painful. For example, the monetary authorities may need to limit the expansion of the money supply—for example, by setting stricter pound withdrawal limits or not allowing withdrawals from U.S. dollar accounts in pounds at higher exchange rates. This needs to be done very carefully because doing so will push people further into poverty by curtailing their spending. Having delayed so long before beginning to face the country’s economic challenges, we are now in the unfortunate position of having to consider such difficult choices.

MY: What are you hearing about Lebanon’s talks with the IMF?

MA: The IMF has indicated that the talks are progressing slowly because of disagreements among the various Lebanese stakeholders. This internal dysfunction, along with no demonstrated will from the government to implement reform, is seriously undermining the IMF negotiations. There is much that the government could have done to better prepare for such negotiations and to show a good-faith willingness to implement reforms. We do not need to wait for an IMF program to start. If we continue like this, the talks will collapse. The window is rapidly closing before us.

MY: Can one seriously expect the politicians to block an IMF bailout, given that this would bring the entire edifice of power they created to come crashing down?

MA: One could argue that it is precisely an IMF program, the associated reforms, and the required financial audits that could weaken Lebanon’s existing power structure.