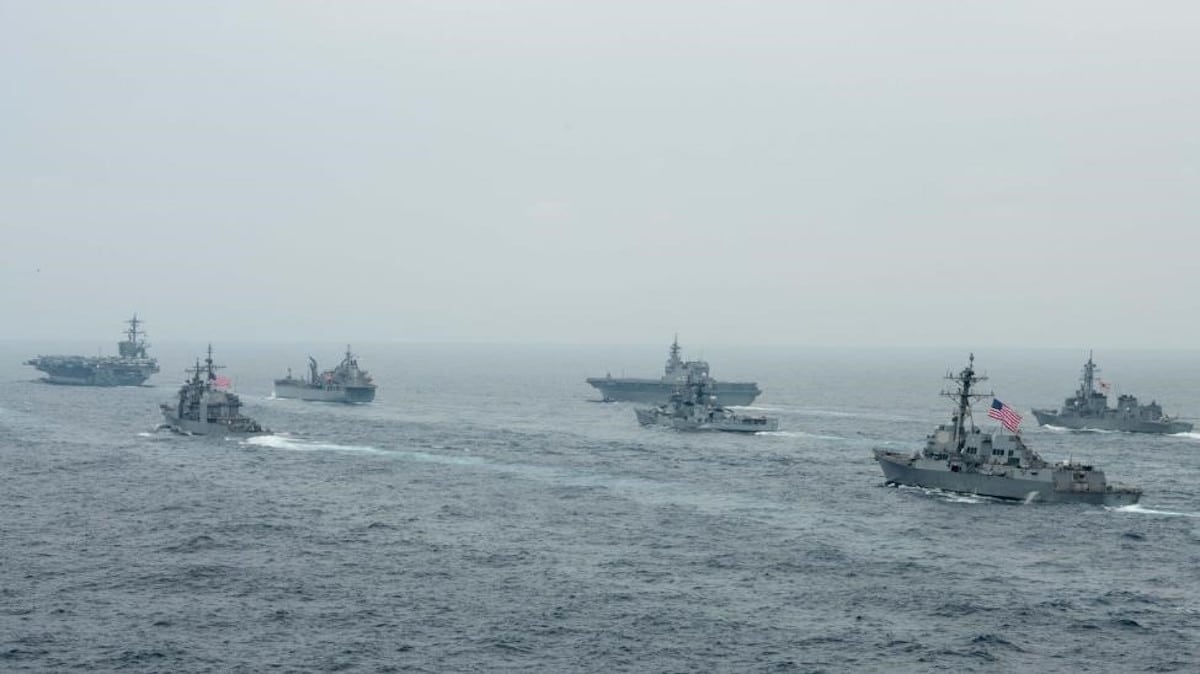 The U.S. Navy hosted this year’s annual maritime exercise which includes a variety of high-end tactical training, including specific interactions that are designed to enhance interoperability between the Royal Australian Navy (RAN), Indian Navy (IN), Japan Maritime Self Defense Force (JMSDF) and U.S. maritime forces.

The current phase is being conducted in the Bay of Bengal. Planning and executing multinational exercises in two phases allows participating nations to operate and train in two different regions of the Indo-Pacific.

“MALABAR 21 improves the compatibility of our forces in support of our mutual desire for unmatched maritime security in the global commons,” said Rear. Adm. Dan Martin, commander, Carrier Strike Group 1. “Unit integration during complex task group maneuvers further demonstrates our ability to effectively work with our Indo-Pacific allies and partners and win in any contested maritime environment.“

Elements of the Royal Australian, Indian, Japanese, and American maritime forces routinely operate together in the Indo-Pacific, fostering a cooperative approach toward regional security and stability.

Under Commander, U. S. Pacific Fleet, 7th Fleet is the U.S. Navy’s largest forward-deployed numbered fleet, and routinely interacts and operates with 35 maritime nations in preserving a free and open Indo-Pacific region.