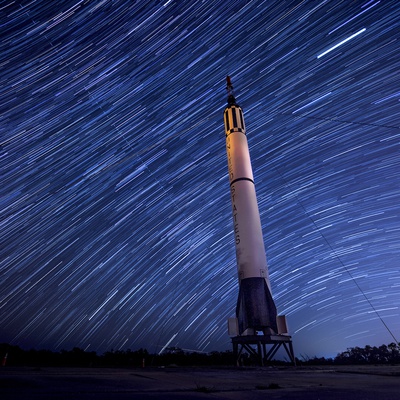 U.S. Space Command should move from Colorado to Alabama, the Air Force secretary said on Wednesday, effectively announcing the winner of a hotly-contested competition just one week before she is scheduled to resign with the rest of the Trump administration.

The decision to move the command from Peterson Air Force Base, in Colorado Springs, to Redstone Arsenal, an Army base in Huntsville, comes after intense lobbying from a number of states.

“Huntsville compared favorably across more of these factors than any other community, providing a large, qualified workforce, quality schools, superior infrastructure capacity, and low initial and recurring costs,” the Air Force said in a statement. “Additionally, Redstone Arsenal offered a facility to support the headquarters, at no cost, while the permanent facility is being constructed.”

Huntsville is known as the Rocket City as it has played a key role in U.S. spaceflight. The first-stage motors of the massive Saturn V rocket that carried astronauts to the moon were tested in the city, shattering windows. Since then, Huntsville has become occasionally known as “Pentagon South” because the city is home to so many Defense Department workers.

The Air Force said the Alabama city was chosen by Secretary Barbara Barrett, who is scheduled to resign next week in concert with President-elect Joe Biden’s inauguration on Wednesday.

Space Command’s Brig. Gen. Shawn N. Bratton, deputy director of operations, said it was “wonderful” that the Defense Department had finally made a decision on where to put the headquarters.

Schriever Air Force Base, in Colorado, currently houses U.S. Space Command, the Joint Interagency Combined Space Operations Center, and a number of key space activities such as the steering of the GPS constellation. Those operations would continue out of Schriever. He said that the headquarters migration to Huntsville, which would proceed over six years and is not yet final, would not interfere with key missions. He pointed to the fact that the 2019 Schriever Wargame, while organized out of the base, took place in Maxwell Air Force Base, in Alabama.

Colorado Springs is also the headquarters of U.S. Northern Command as well as North American Aerospace Defense Command, or NORAD, charged with warning of incoming aircraft, missiles, or space vehicles, which uses satellites among other means to detect threats such as just-launched intercontinental ballistic missiles.

Huntsville, in contrast, is the home of the U.S. Missile Defense Agency. It is also less than one hundred miles from the district of Rep. Mike Rogers, R-AL., one of the key proponents of the U.S. Space Force and the incoming ranking minority member of the House Armed Services Committee.

The decision could be reversed by the incoming Biden administration. Huntsville is now the “preferred” site, based on a study conducted by Space Command, according to an Air Force official. Finalization is subject to an environmental impact study, which does not pose a serious obstacle. However, if the in-coming administration were to initiate another study and conclude that political influence tilted the decision, this would set in motion a new round of studies and assessments, causing further delays in Space Command establishing its permanent headquarters, according to the official.