Agree to Disagree? US, Taliban Trade Barbs Over Continuing Violence 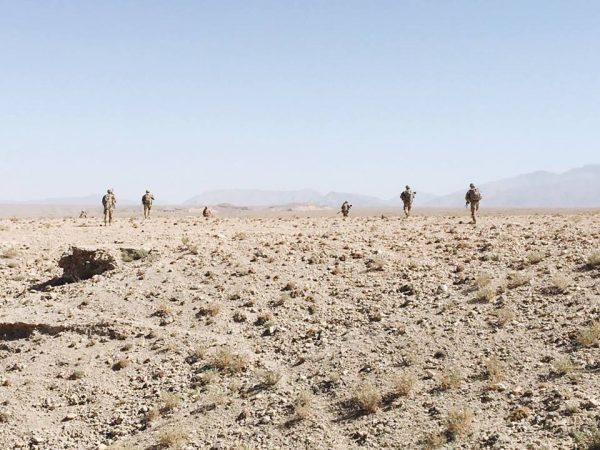 On Sunday, in a series of tweets, U.S. Special Representative for Afghanistan Reconciliation Zalmay Khalilzad warned that continued violence in Afghanistan would only serve to undermine the peace process. The tweets came shortly after a Taliban statement alleged that the United States had violated the deal what two parties signed on February 29, 2020.

The long-awaited intra-Afghan talks began on September 12 between the Taliban and the Afghan government. The talks are ongoing, with the two sides still wrangling over procedural rules and an agreed agenda. According to a recent Tolo News report, in the realm of rules the remaining sticking points revolve around “the religious basis for the talks and connection of the US-Taliban deal with the negotiations.” The Taliban has demanded that any disputes during the negotiations be settled using Hanafi jurisprudence and that the talks should build upon the deal the Taliban signed with the U.S. government in February.

The Afghan government, which was not a party to the U.S.-Taliban deal, has rejected the Taliban’s demands on both counts.

Meanwhile, blasts and attacks continue in Afghanistan as the war wanders onward.

Khalilzad referenced a recent “tragedy” in Ghor as an example of how “[v]iolence has stalked Afghans for far too long. It has robbed far too many Afghans of their loved ones.

On October 18, a car-bomb exploded near the police headquarters in Firozkoh, the capital of Ghor province, killing 12 civilians and wounding more than 100. The Taliban did not claim the attack, but its inclusion in Khalilzad’s tweet storm suggests at least a mental link between any and all violence in Afghanistan and the Taliban.

Khalilzad’s tweets came after the Taliban issued a statement blaming the United States for violating the February deal with airstrikes in Helmand province.

In the Taliban’s telling, they “conducted operations in many areas of Helmand province to rescue [locals] from the miserable conditions created by the puppet enemy militias.” And then, “American forces violated the Doha agreement in various forms through carrying out excessive airstrikes throughout Helmand and other provinces.”

It’s been clear all along that the United States and the Taliban have separate understandings of the deal they signed in February. In the Taliban’s eyes, the deal prohibits U.S. forces from “carrying out airstrikes or targeting anyone in areas other than combat zones or during active fighting.”

The deal doesn’t quite say that.

In his first tweet, Khalilzad said, “Unfounded charges of violations and inflammatory rhetoric do not advance peace. Instead, we should pursue strict adherence to all articles of the U.S.-Taliban Agreement and U.S.-Afghanistan Joint Declaration and not neglect the commitment to gradually reduce violence.”

The deal itself makes no direct reference to “violence,” though the U.S. has long mentioned a “commitment to reduce violence” alongside the deal. Khalilzaid points to the “U.S.-Afghanistan Joint Declaration” in which the Afghan government “welcomes the Reduction in Violence period and takes note of the U.S.-Taliban agreement, an important step toward ending the war.”

What does the U.S.-Taliban deal say? The deal includes a statement that the United States and its allies “will refrain from the threat or the use of force against the territorial integrity or political independence of Afghanistan or intervening in its domestic affairs.” And it also includes a clause that the Taliban will prevent “any group or individual in Afghanistan from threatening the security of the United States and its allies…” Presumably “any group” includes the Taliban itself, too. And the U.S. has long maintained that it would defend Afghan government forces.

After the Taliban’s complaint about the Helmand strikes, U.S. forces spokesman in Afghanistan Col. Sonny Leggett said, “We categorically reject the Taliban’s claim the United States has violated the US-Taliban Agreement. US airstrikes in Helmand and Farah have been and continue to be solely in defense of the ANDSF as they are being attacked by the Taliban.”

Mere days after the February deal was signed, the U.S. carried out air strikes in Helmand. At the time Leggett categorized the strikes as “defensive” to disrupt a Taliban attack on Afghan government forces.

In brief, the February deal was destined from the day it was signed to be mis-read by both sides and continues to be. In it, both sides see what they want to see.

Zhalilzad said that recently Taliban attacks in Helmand and complaints about coalition air strikes led to a meeting in Doha at which “All sides agreed to decrease attacks and strikes and reduce violence and casualties.”

“Our expectation has been and remains that violence comes down and stays down,” Khalilzaid also tweeted. “It was a focus of the Agreement we signed, further highlighted in connection with the releases of the last batch of prisoners and reaffirmed again in the most recent commitment all sides made to adhere to all aspects of the deal.”

The Taliban and the Afghan government remain locked in talks on how to begin negotiations. Meanwhile, Taliban and the United States hold up their own agreement, the details of which they don’t appear to actually agree on.